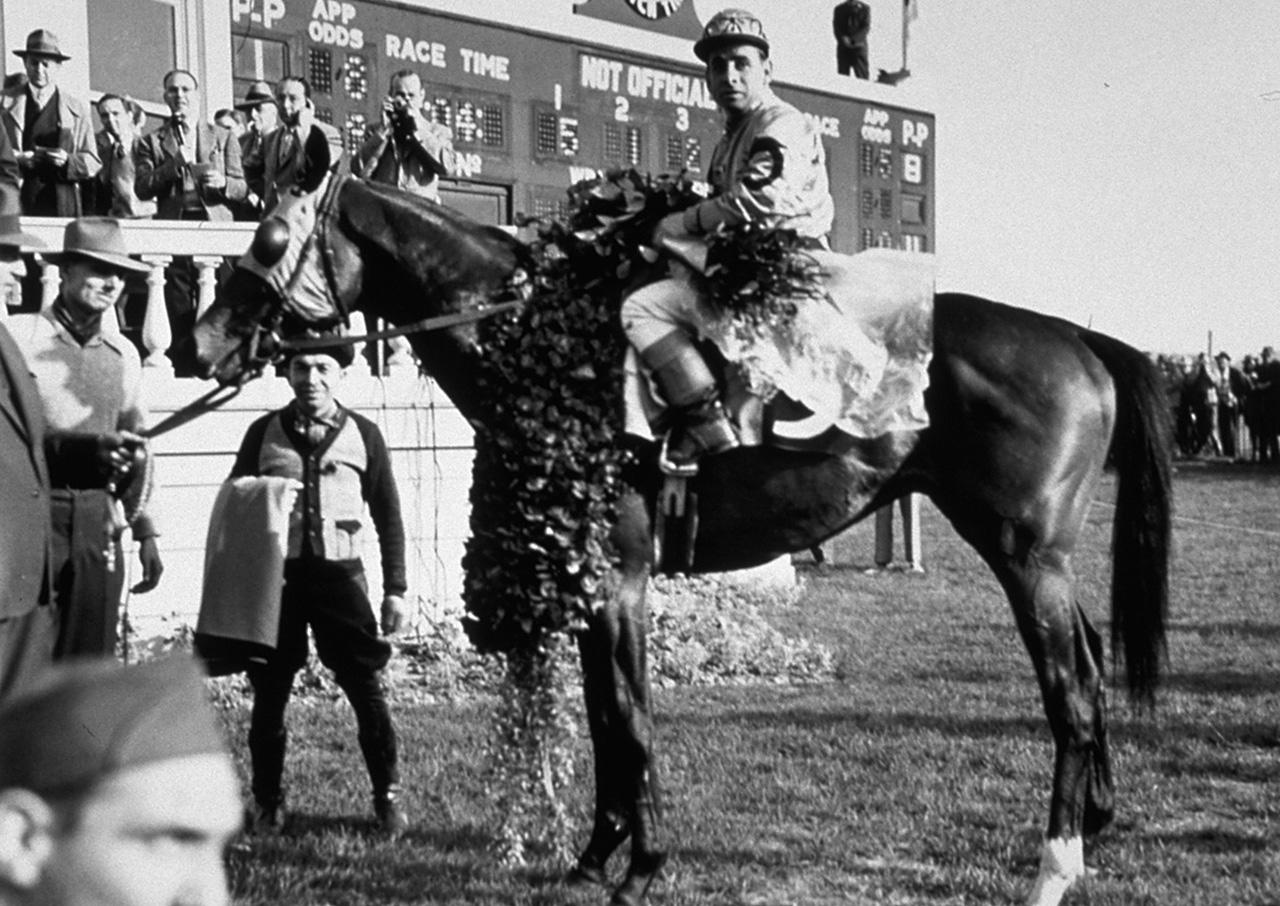 Boasting a combination of speed and stamina, Count Fleet stamped himself as one of the greats before injury prematurely ended his career.

His sire, Reigh Count, won the 1928 Kentucky Derby for John D. Hertz and his wife, Fannie, who was officially the owner of record. Hertz did not expect as much from their homebred Count Fleet, putting the youngster up for sale, and twice had to be persuaded to keep him.

Aside from his ordinary appearance, Count Fleet was tough to manage. The willful colt posed a danger if not carefully handled, but through horsemanship, his high spirits were channeled into a racing machine.
Although Count Fleet had already won almost half of his juvenile starts going into the 1942 Champagne, it marked a turning point. Trainer Don Cameron and Hall of Fame jockey Johnny Longden discerned the colt’s preferred running style – in front. Count Fleet romped in 1:34 4/5, the fastest dirt mile then recorded by a 2-year-old, and ultimately clinched the divisional championship.

His 1943 Kentucky Derby was nearly canceled due to wartime restrictions on gasoline and transportation. Salvaged as an event for local spectators only, the “Streetcar Derby” was a cakewalk for Count Fleet. The opposition dwindled in the Preakness, where he cantered by eight, and just two rivals braved the Withers and Belmont.

Count Fleet’s 25-length Belmont conquest in a record 2:28 1/5, his 10th straight win, was his finale. Injured in the running, he retired and sired 1951 Derby hero Count Turf.