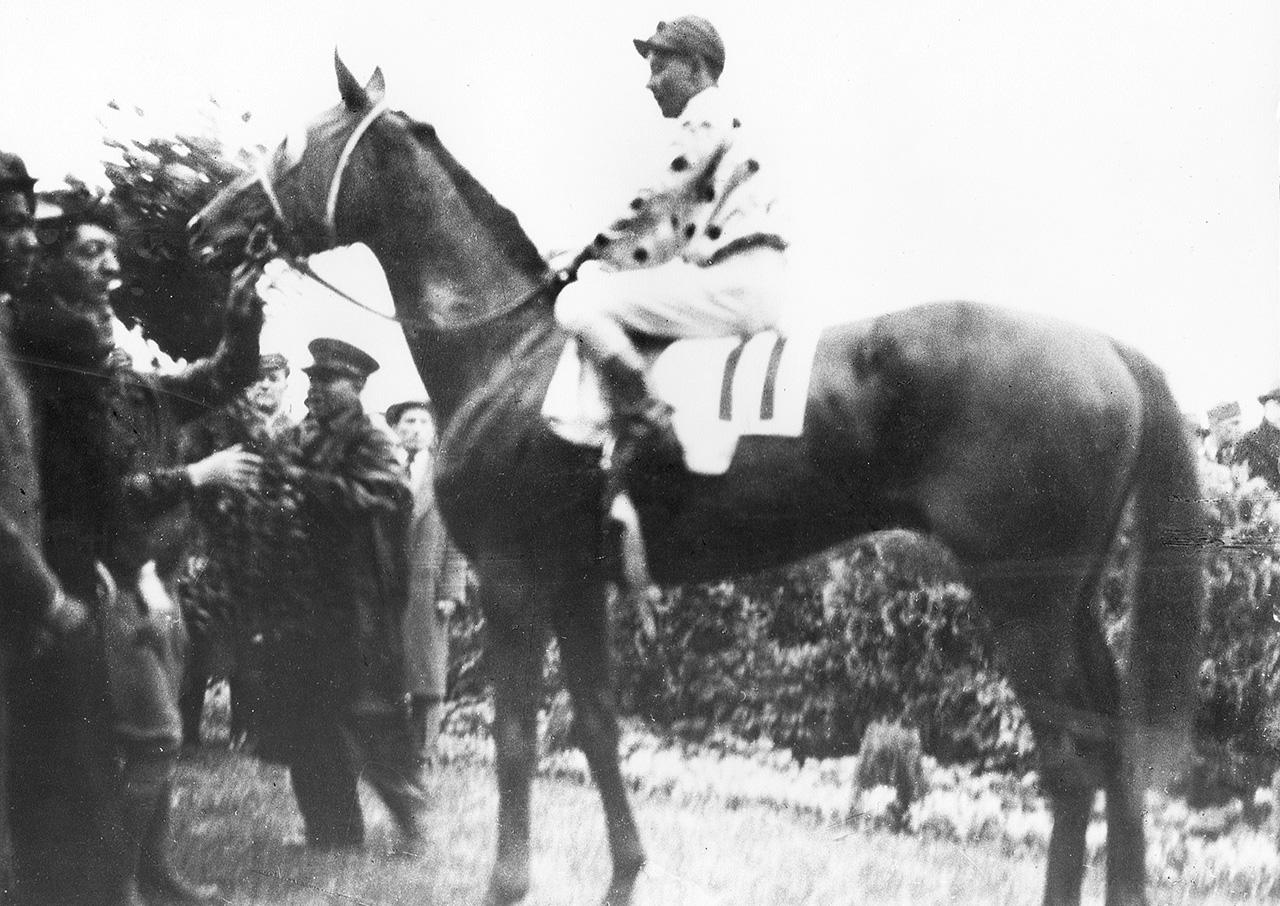 From the first crop of Gallant Fox, Omaha has for nearly nine decades held the distinction of being the only Triple Crown winner sired by another. Like his father, he was bred in Kentucky by Jockey Club chairman William Woodward and raced in his Belair Stud silks of white and red polka dots.

Although a useful 2-year-old, Omaha failed to win any of his seven stakes attempts in his first season. Indeed, he arrived at Churchill Downs still seeking his first stakes victory after placing third in the Wood Memorial in his final prep.

The long-winded Omaha proved to need as much ground as he could get. Running beyond a mile and 70 yards for the first time in the Kentucky Derby, he won by 1 1/2 lengths, and then came back to win the Preakness the following week by six lengths. Second in the one-mile Withers in between the Preakness and Belmont Stakes, Omaha rebounded to sweep the Crown with a 1 1/2-length tally.

A well-beaten third in his only start against older horses that season, to the great Discovery in the Brooklyn Handicap, Omaha completed his 3-year-old season with victories in the Dwyer and (Arlington) Classic.

Trained by “Sunny” Jim Fitzsimmons at ages two and three, Omaha was shipped to England for his 4-year-old season. Omaha proved a highly capable turf horse as well, winning twice and narrowly losing the Gold Cup at Royal Ascot and the Princess of Wales’s at Newmarket when conditioned by Capt. Cecil Boyd-Rochfort.