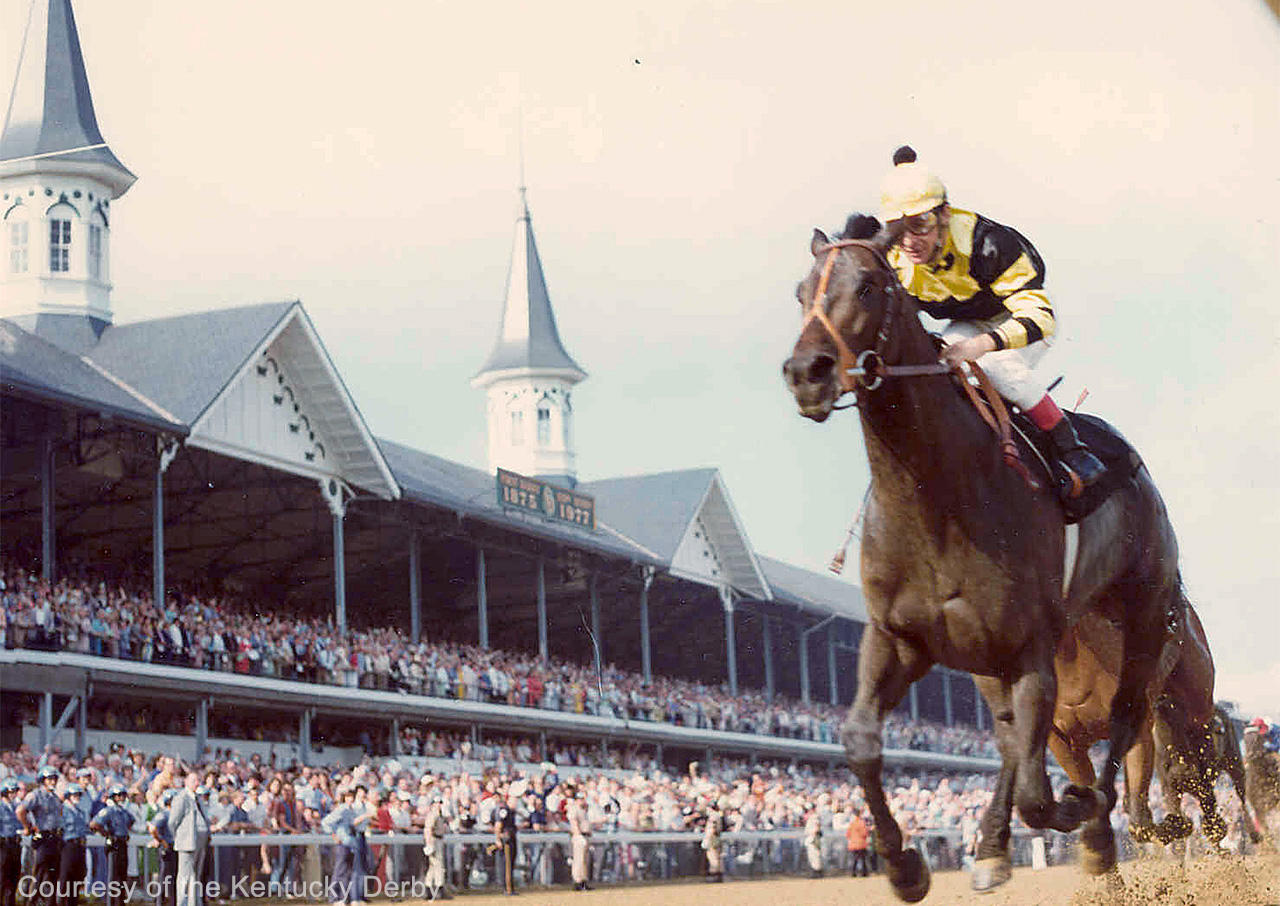 The first undefeated Triple Crown winner, Seattle Slew was a popular dark bay who inspired “Slewmania” when posting convincing wins in the Kentucky Derby, Preakness and Belmont Stakes in 1977.

Purchased for only $17,500 at auction, Seattle Slew developed into a powerful front-runner after being an awkward-looking youngster. The son of Bold Reasoning was named champion 2-year-old following a three-race campaign that included a brilliant Champagne (G1) victory in stakes-record time. Seattle Slew overcame a slow start to capture the Kentucky Derby, rushing forward through traffic to contest a hot pace before rolling home unopposed.

Billy Turner trained and Jean Cruget rode the 1977 Horse of the Year for owners Mickey and Karen Taylor, and Jim and Sally Hill. His nine-race win streak came to an end 22 days after his wire-to-wire romp in the 1 1/2-mile Belmont Stakes, shipping cross-country to Hollywood Park to finish a dull fourth in the Swaps (G1). Seattle Slew missed the rest of his 3-year-old season afterwards, and overcame a viral infection early at age 4.

Doug Peterson and Angel Cordero Jr. took over training and riding duties in 1978, and Seattle Slew won three of his final four starts, beating Triple Crown winner Affirmed in both meetings. In the 1978 Jockey Club Gold Cup (G1), he dueled Affirmed into submission before passed by Exceller, who charged past into a clear lead. Seattle Slew dramatically re-rallied to fall a nose short, and it’s considered to be the greatest performance in defeat in American Thoroughbred history.