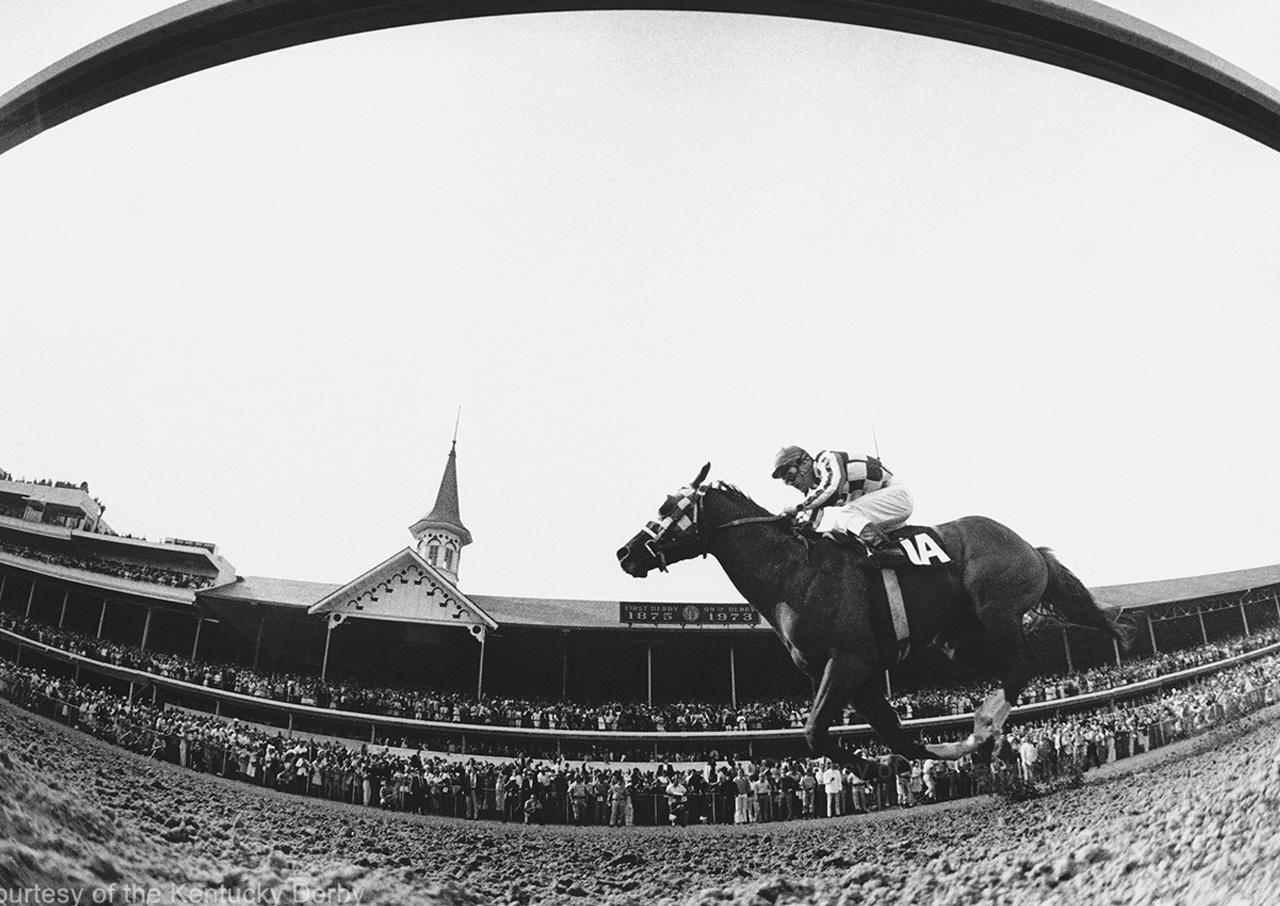 Widely considered the most talented Thoroughbred ever to have raced in America, Secretariat is the most recognizable icon the sport produced in the 20th century and arguably of all time. During his Triple Crown run in 1973, he appeared on the covers of Time, Newsweek, and Sports Illustrated.

The son of Bold Ruler was bred in Virginia by Chris Chenery’s Meadow Stable and, after Chenery’s death, was raced by his daughter Penny Tweedy. So brilliant was he at age two that he was the first juvenile ever to be the consensus choice for Horse of the Year.

Secretariat captured his first two starts at three, but surprisingly lost his final prep in the Wood Memorial. He rebounded emphatically in the Triple Crown, winning all three in track-record time.
Secretariat won the Kentucky Derby in 1:59 2/5 and the Preakness in 1:53 (a time disputed then but made official decades later). Secretariat completed the sweep in the Belmont Stakes by the other-worldly margin of 31 lengths in 2:24 for 1 1/2 miles. No other horse has come within two seconds of that time.

Secretariat was not perfect, officially winning 16 of 21 starts, but the Lucien Laurin trainee was amazingly versatile. He arguably might have been better on grass judging by his phenomenal scores in the Man o’ War and Canadian International.

Secretariat is the standard by which all American Thoroughbreds have since been compared, perhaps unfairly. After his death, his heart was found to have been twice the average size.