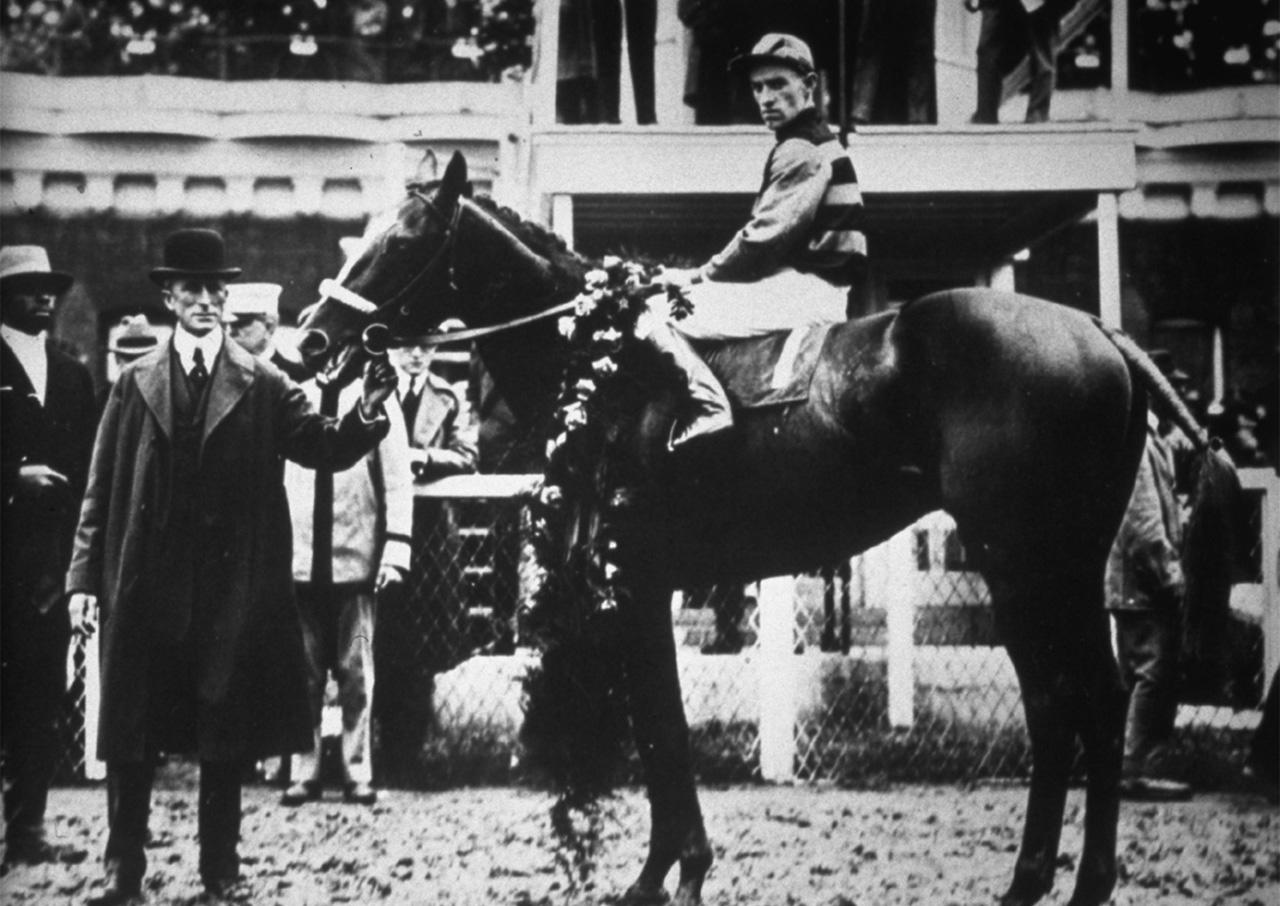 The Triple Crown is a series of three thoroughbred horse races for three-year-old horses, which take place in May and early June of each year.  The Triple Crown of horse racing is considered one of the most difficult accomplishments in horse racing, and possibly all of sports championships.  The grueling schedule requires a three year old horse to win the Kentucky Derby, then two weeks later win the Preakness Stakes, and then three weeks later win the Belmont Stakes.  In all of racing history, only thirteen horses have achieved the Triple Crown

Sir Barton was the first to compile a winning streak comprising the Kentucky Derby, Preakness, and Belmont, but at the time of his accomplishment in 1919, the “Triple Crown” was not yet a definitive series. Only later was Sir Barton retroactively recognized as American Thoroughbred racing’s first Triple Crown winner.

Bred by the “Wizard of the Turf,” John Madden of Hamburg Place, who let his British trainer friend Vivian Gooch in as co-breeder, Sir Barton sported fine bloodlines as a son of leading sire *Star Shoot. Not so fine were his tender feet and notorious ill-temper.

In the midst of a winless juvenile campaign, Sir Barton was sold privately for $10,000 to Canadian J.K.L. Ross and transferred to trainer H.G. Bedwell. The colt flashed promise when runner-up in the Futurity, but he was sidelined after a near-fatal bout of blood poisoning.

Still a maiden when returning in the Kentucky Derby, Sir Barton was entered in the Churchill Downs classic primarily to serve as a pacesetter for his well-fancied stablemate Billy Kelly. Sir Barton proved too fast for Billy Kelly, however, and kept on motoring to a five-length upset. Next in rapid succession came daylight scores in the Preakness and Withers, and Sir Barton made it four straight in the Belmont.

Although Sir Barton’s 1920 season is remembered for his drubbing by Man o’ War in their match race, he was an outstanding 4-year-old who gave the great Exterminator weight, and a beating, in his track-record Saratoga H. victory.