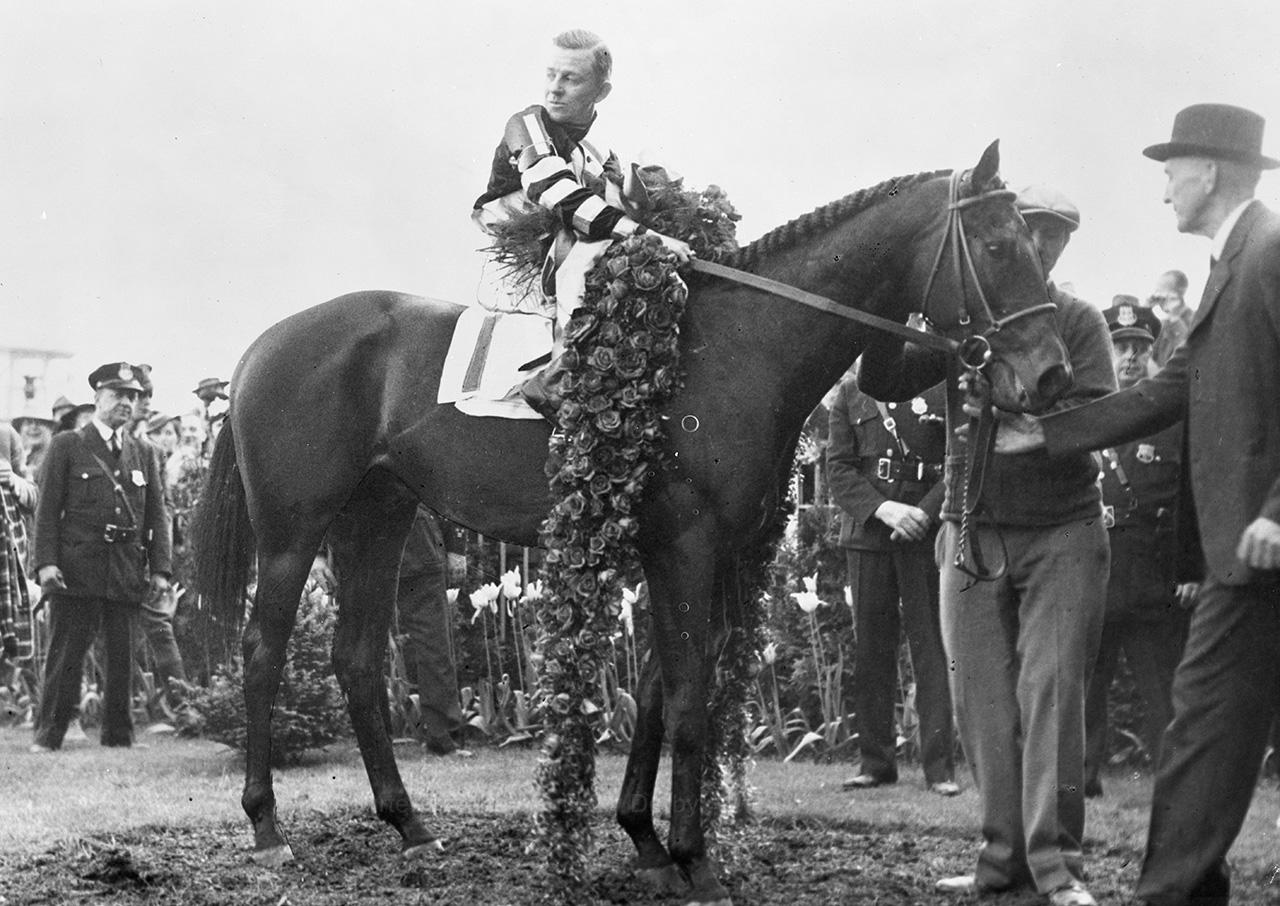 A homebred for Samuel D. Riddle, who also owned Man o’ War, War Admiral proved unbeatable at age 3 after winning only 3-of-6 starts as a juvenile. The front-running dark bay recorded a 1 ¾-length victory as the 8-5 Kentucky Derby favorite, and War Admiral was bet down to odds-on favoritism in his final 17 starts. He was trained by George Conway and ridden by Charles Kurtsinger for most of his career.

War Admiral sustained a leg injury at the start of his Belmont Stakes victory, necessitating a five-month absence, and returned to win three straight late in his 3-year-old season. After his win streak came to an end in June 1938, War Admiral won six of his next seven outings in 1938, including the Jockey Club Gold Cup, Saratoga Cup, Saratoga H., and Whitney.

However, War Admiral’s 4-year-old season is most remembered by his match race against Seabiscuit in the Pimlico Special. Seabiscuit outsprinted him to the early lead and turned back a challenge to win in track record time. War Admiral won his next two starts, but he was retired due to a wretched ankle early in 1939. A successful stallion, War Admiral was the leading sire of 1945.