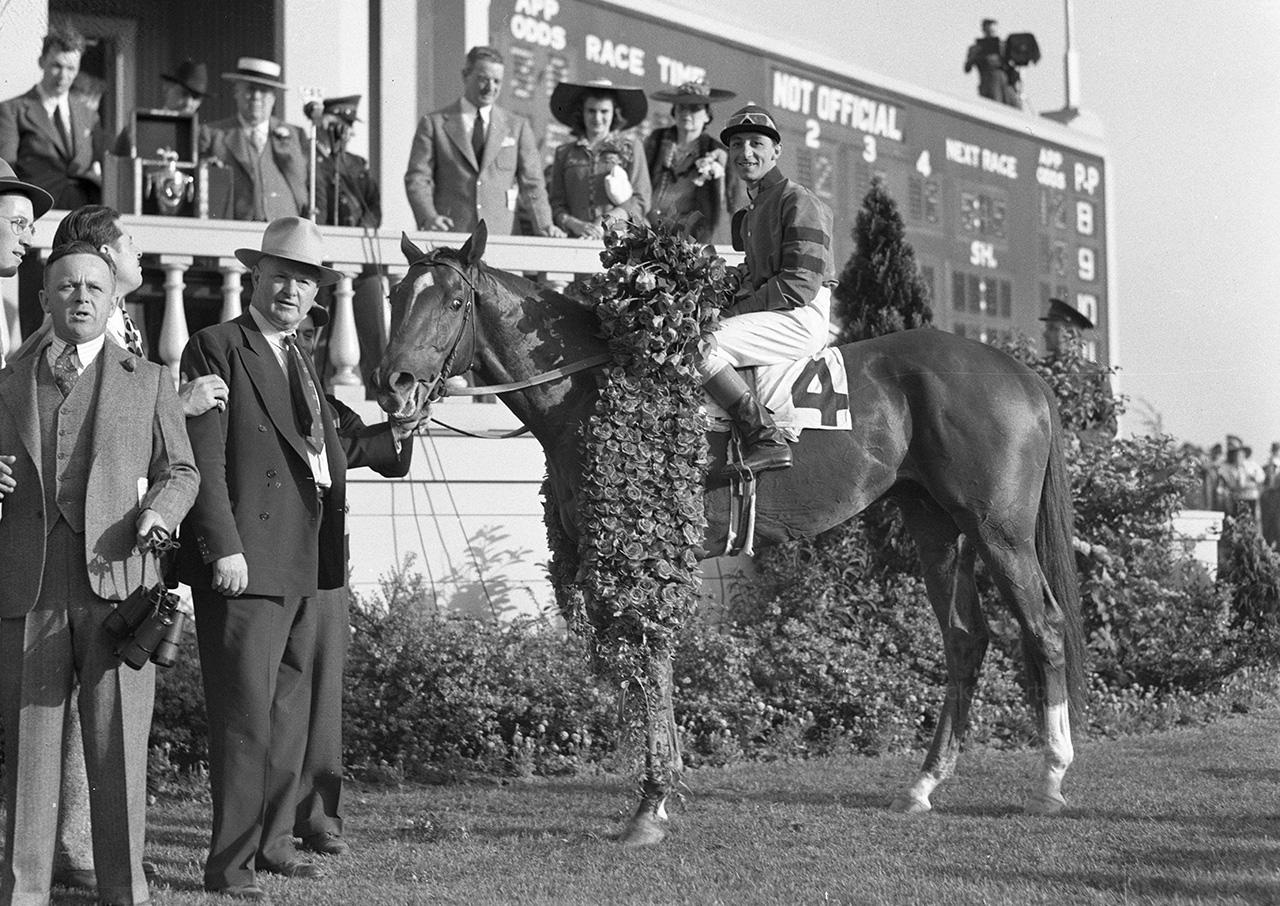 Calumet Farm’s golden era began with a quirky but popular champion in Whirlaway, nicknamed “Mr. Longtail” for his streaming plume as he flew down the stretch.

A homebred son of 1930 Epsom Derby hero *Blenheim II, Whirlaway was a top 2-year-old with victories in the 1940 Hopeful, Saratoga Special, and Breeders’ Futurity. But his juvenile resume would have been better if not for his costly antics. Liable to spook and difficult to control, he often veered to the outside rail.

After Whirlaway beat himself in a pair of Derby preps, Hall of Fame trainer Ben Jones changed jockeys to Hall of Famer Eddie Arcaro. He also customized a one-eyed blinker.

Whirlaway responded with a record-setting 1941 Kentucky Derby. Uncorking his patented whirlwind charge from off the pace, he romped by eight lengths (equaling the largest margin in Derby history) while establishing a new record time of 2:01 2/5. After dominating the Preakness in similar style, Whirlaway seized command early in the Belmont.

The only Triple Crown winner to capture the Travers, Whirlaway was also the first of that club to repeat as Horse of the Year as a 4-year-old. He clashed with 3-year-old champ Alsab, just missing in their match race, gaining revenge in the Jockey Club Gold Cup, but losing their third bout carrying 130 pounds.

Whirlaway’s 1942 campaign was dedicated to supporting World War II efforts. His bankroll benefited too. The first horse to surpass the half-million mark, he retired having amassed $561,161 from 60 career starts.