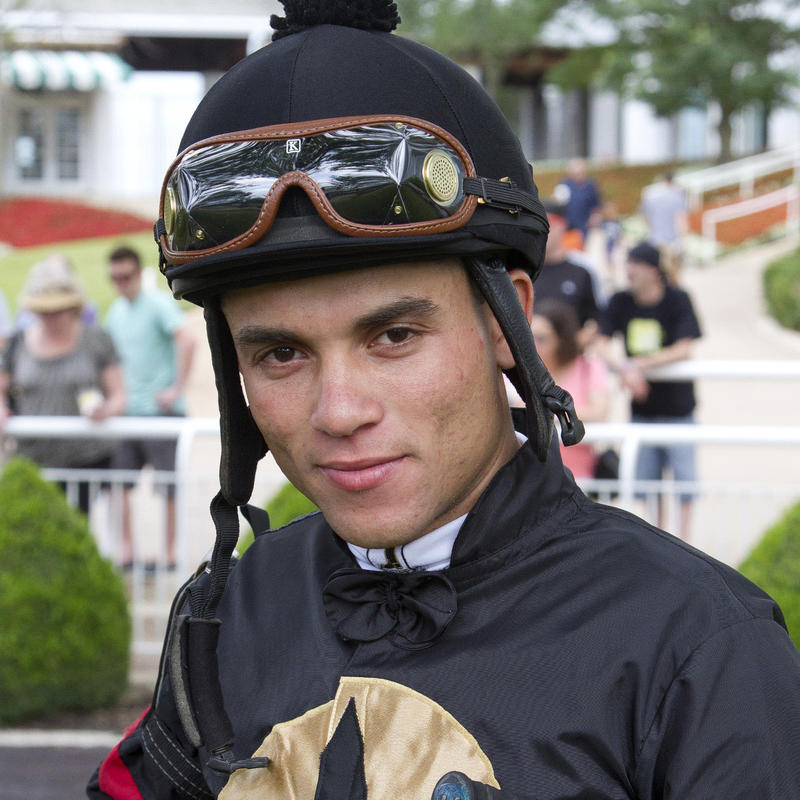 Rosario earned his jockey license at the youthful age of 14 years old, ad has picked up over 2,500 wins in a scorching career. In 2009 he matched a record at the Hollywood Park Racecourse by totaling six wins on a single card. That same year, he would win his first major stakes race aboard Dancing In Silks at the Breeders’ Cup Sprint (2009). Rosario has also won at the Breeders’ Cup Filly & Mare Sprint aboard Wavell Avenue. His biggest career victory came at the Dubai World Cup (2013) aboard Animal Kingdom. Just five weeks later he would ride Orb to a win at the 2013 Kentucky Derby. Rosario is also famous for riding Tonalist to a win at the 2014 Belmont Stakes, spoiling the Triple Crown bid of California Chrome. He other top mounts have included: Creative Cause, Acclimation, Blind Luck, Harmonious, Dakota Phone, Dubawi Heights, Make Music For Me, Twirling Candy and Zazu.

Bet Now $100 Sign Up Bonus
Sign up for race updates and contender stories:
Thank you to our sponsor
© 2020 Churchill Downs Incorporated. All Rights Reserved.