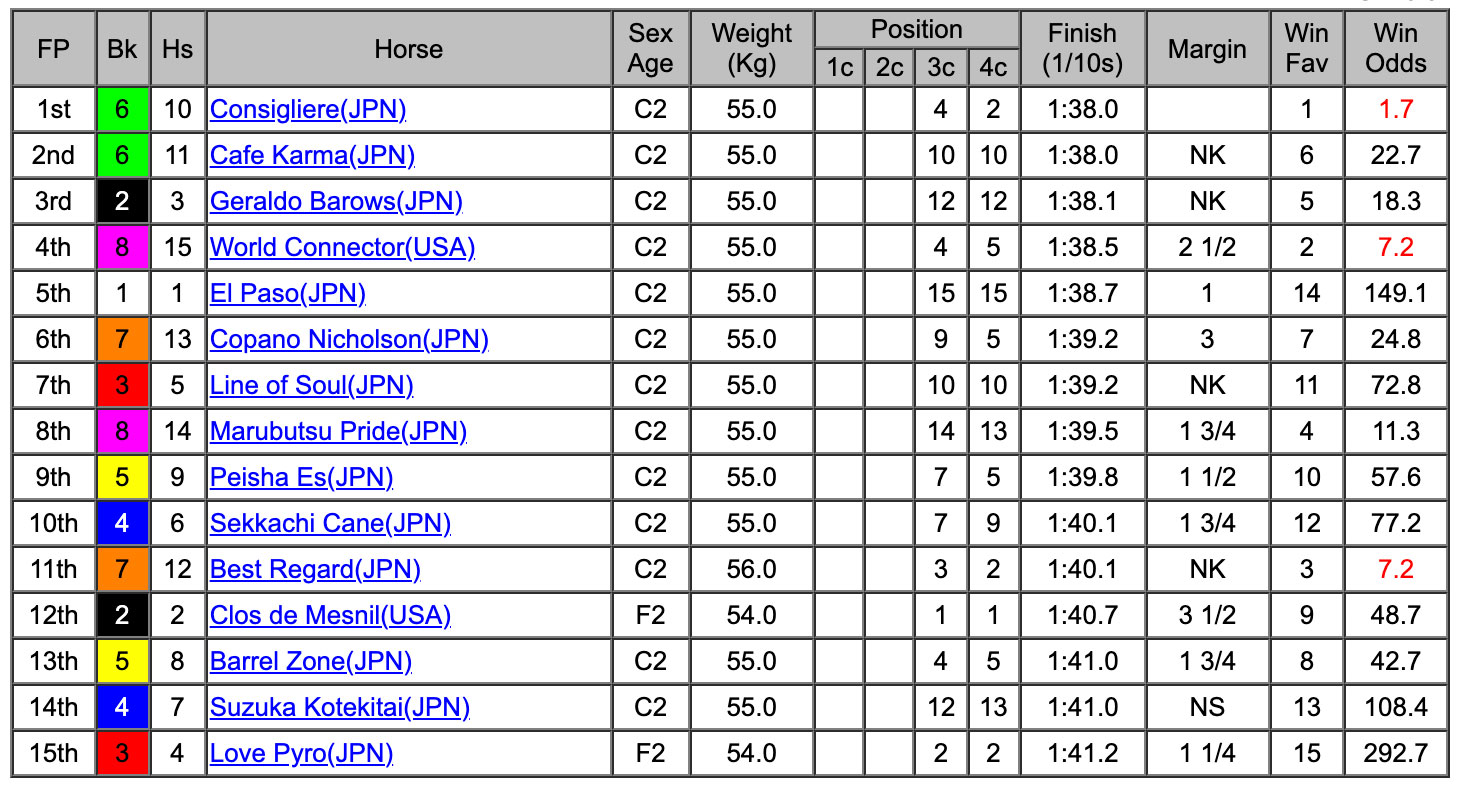 A short-priced favorite after distancing his opponents on debut in August, Consigliere sat close to the speed for jockey Christophe Lemaire. He surged to the front early in the stretch, and had enough to hold out the fast-finishing Cafe Karma by a neck and earn 10 points in the 2022 Japanese Road to the Kentucky Derby series.

Consigliere is from the first crop of 2016 American champion sprinter Drefong, whose victories included the Breeders’ Cup Sprint (G1), King’s Bishop S. (G1), and Forego S. (G1). He is out of the Spanish Steps mare Tasha’s Star, whose previous progeny included another Japanese stakes winner, Esmeraldina (by Harlan’s Holiday).

Though Kentucky stamina would seem to be a query for a son of a champion sprinter, Drefong does have stamina in his pedigree, as his sire Gio Ponti and damsire Ghostzapper have both produced good horses up to 1 1⁄4 miles. The fact Consigliere’s debut win was over 1 1⁄8 miles as an August two-year-old also suggests he may have the required stamina should he be aimed at Churchill Downs on the first Saturday in May.

The strong finishing runs of Cafe Karma (by Henny Hughes) and Geraldo Barows (by Sinister Minister) pegged them as horses who might improve with further distance.