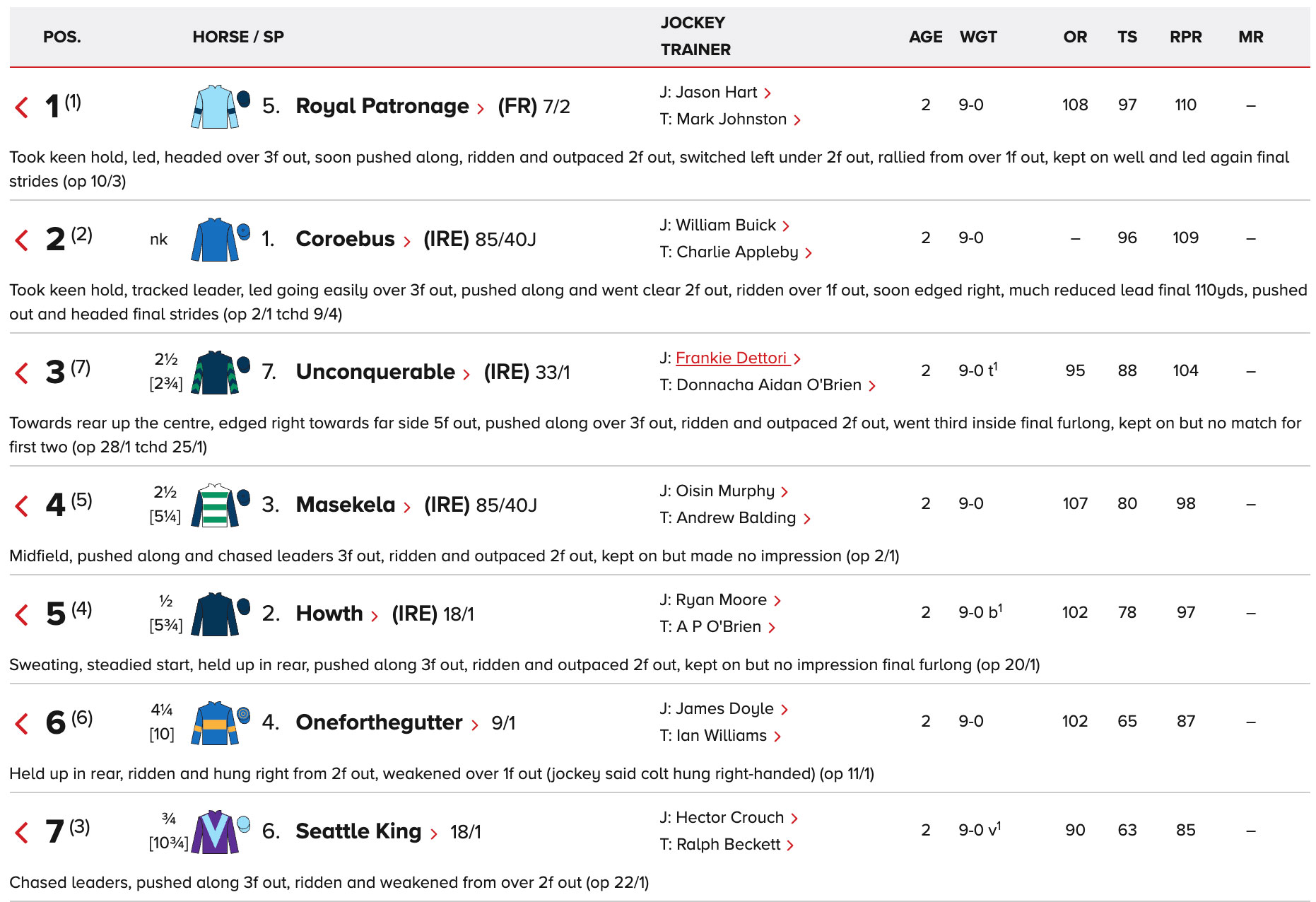 The Royal Lodge (G2) went to an appropriately-named colt as Royal Patronage showed fantastic resilience to win the one-mile turf event at Newmarket on Sept. 25.

Starting third favorite at 7-2, Royal Patronage led early on but was headed by co-favorite Coroebus with three furlongs to go and had some four lengths to make up on the leader with little more than a furlong remaining. But as Coroebus got tired, Royal Patronage rallied strongly and got up on the line to take the first 10 points in the 2022 European Road to the Kentucky Derby series.

Prepared in the north of England by Mark Johnston, Royal Patronage is by French Group 1-winning juvenile Wootton Bassett, who overcame a slow start to emerge as an outstanding sire of runners such as Almanzor and Audarya, and has since been moved to Coolmore. Royal Patronage’s dam, Shaloushka, by Dalakhani, is from the family of 1986 Epsom Derby (G1) winner Shahrastani, and his classic prospects are likely to be in Europe rather than Kentucky.