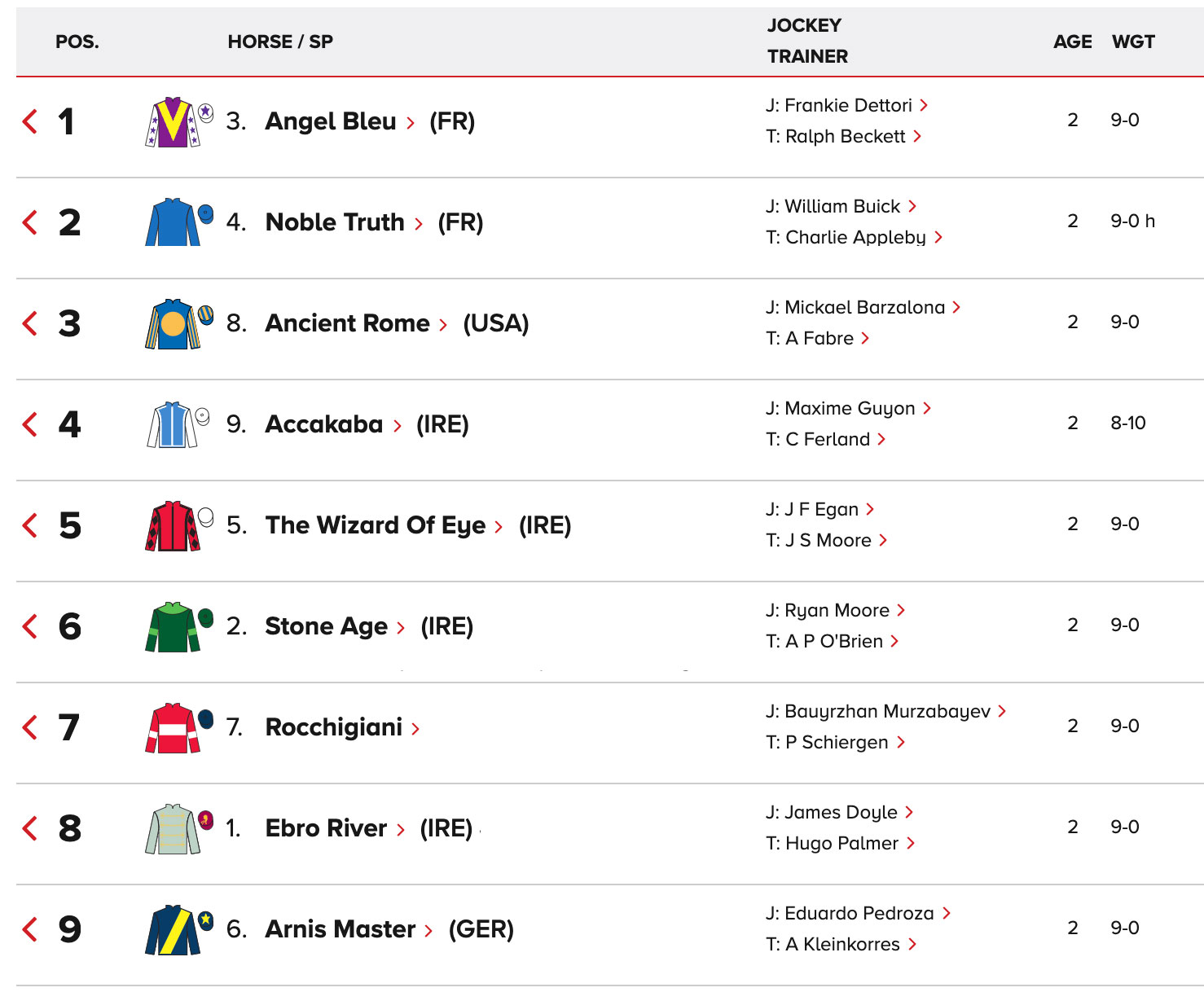 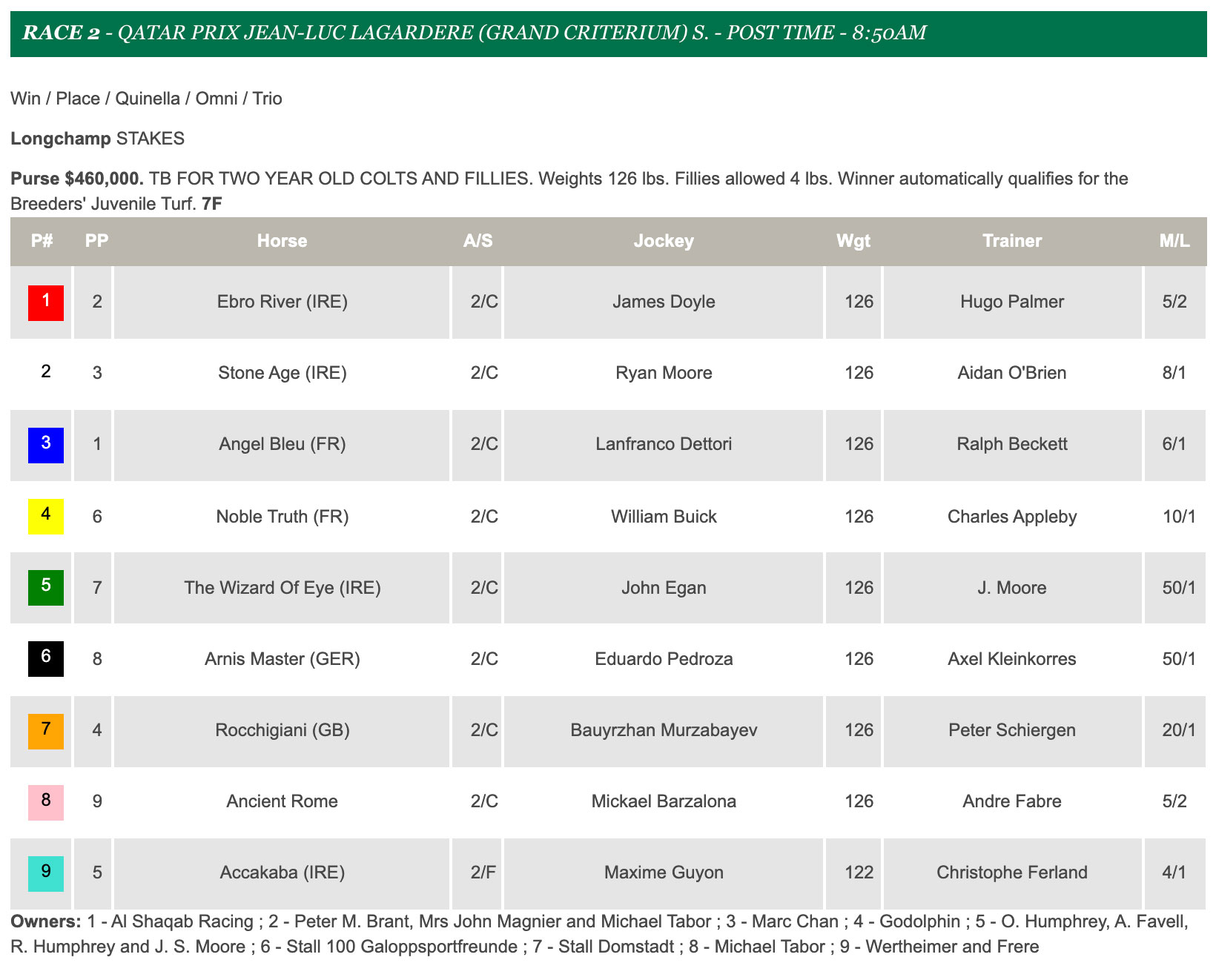 English colt Angel Bleu topped off a busy juvenile season with a tough victory in the Prix Jean-Luc Lagardere (G1) at Longchamp Oct. 3.

The son of Dark Angel settled midfield in the 1400-meter (about seven furlongs) contest before finding a rails run in the stretch for Frankie Dettori. Relishing the heavy conditions, he hauled in Godolphin’s Noble Truth to score by three-quarters of a length and earn 10 points on the 2022 European Road to the Kentucky Derby table.

Trained by Ralph Beckett, Angel Bleu entered the race with three wins from six starts in England, including the Vintage S. (G2) at Goodwood. Sire Dark Angel, a great source of sprinters in Europe, is best known in North America as sire of multiple Grade 1 winner Raging Bull. He comes from one of the best families in Ireland, being out of a sister to Highland Reel.

Angel Bleu is particularly adept on soft turf, and Beckett indicated his May classic target was likely to be the Poule d’Essai des Poulains, or French 2,000 Guineas (G1), rather than the Kentucky Derby. Noble Truth, Ancient Rome, and Accakaba are also more likely to have European rather than American targets as spring three-year-olds.