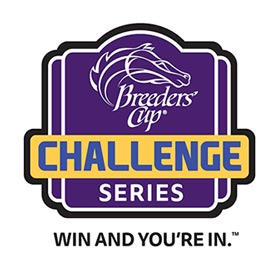 Contenders for the Breeders' Cup are first chosen through guaranteed starts from wins in a Breeders' Cup Challenge race. Those hopefuls who have not had the fortune of winning such secured starts will obtain opportunities for entry by a points system based from major race performances throughout the year. These point factors include graded race quality and how much money is won in purses.

A panel will then examine entries and prune, in ranking order, noting race preferences for each possible contender. Pre-entries are typically released by Friday the week preceding Breeders' Cup week. The pre-entries will then be further truncated as the official Breeders' Cup draw occurs on Tuesday of Breeders' Cup week. Often there will be several also-eligible horses allowed. The panel has the power to decide which horse has preference to enter a race should a tie exist.

Please visit Breederscup.com for a full list of races and contenders and TwinSpires for morning line odds.

Follow us for the latest news, updates, and contests:

Thank you to our sponsor
© 2020 Churchill Downs Incorporated. All Rights Reserved.