A well-matched field of 11 sophomores will go postward in the second division of the $500,000 Arkansas Derby (G1) at Oaklawn Park on Saturday. The marquee event at the meeting is a vital race on the 2020 Road to the Kentucky Derby, with points being distributed to the top four finishers on a 100-40-20-10 basis.

The second division surely looks to be the more competitive Arkansas Derby on paper with a majority of major players in the cast. And I will side with the one who looks most likely to peak on Saturday. Champion Storm the Court is the Expert Pick of the Week.

The son of Court Vision rose to prominence as a juvenile with his upset in the Breeders’ Cup Juvenile (G1) at Santa Anita. The Peter Eurton pupil was equipped with blinkers for the initial time in that contest, and the equipment change has improved the colt in a big way ever since.

Storm the Court commenced his 3-year-old campaign in the San Vicente (G2) going 7 furlongs at ‘The Great Race Place’, and he finished a creditable fourth behind the unbeaten Nadal. In his next engagement, the Kentucky-bred hooked a pair of rapidly rising stars in the division and came home a clear third. He seems poised for a top performance third time off the layoff in the Arkansas Derby.

Purchased as a 2-year-old for a bargain $60,000, the bay will run outside of the state of California for the first time on Saturday, and I think that he will thrive on a new surface. Storm the Court has trained well of late, and he was pointing toward a race on this date since the beginning of the season. He will be at his best for his Oaklawn debut, and reuniting with pilot Flavien Prat is a major bonus as well.

Expert Pick for division II of the Arkansas Derby

Storm the Court taking the second division of the Arkansas Derby is the Best Bet of the Week. 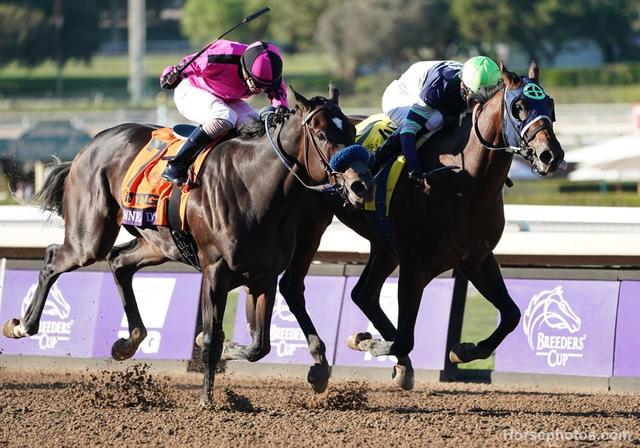