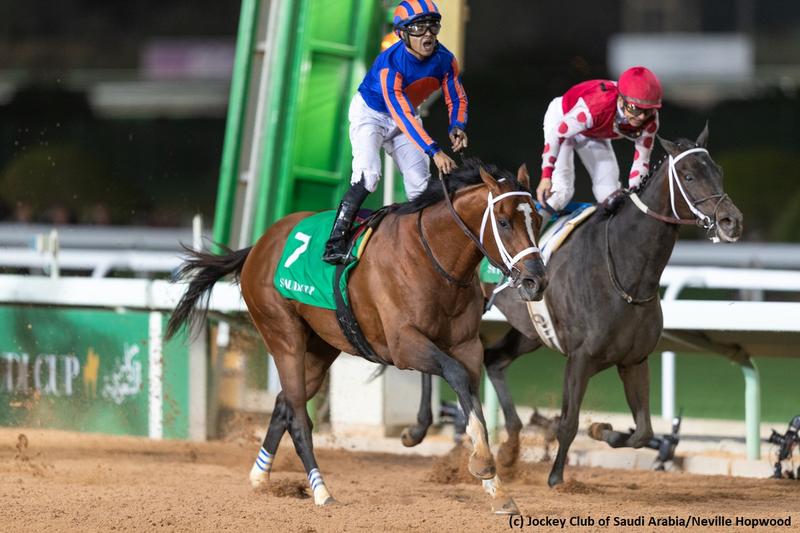 Two Eclipse Award champions came down to the wire in Saturday’s inaugural $20 million Saudi Cup, with Maximum Security prevailing over Midnight Bisou after a rousing stretch run. The world’s richest horse race underscored the American prowess on dirt, for four of the top five finishers are based stateside.

Gary and Mary West’s homebred Maximum Security was making his first start with the Coolmore partners listed as co-owners, so he was carrying Michael Tabor’s colors. The 6-5 favorite in the North American market, the Jason Servis trainee had plenty of support abroad as well, going off as the 2-1 choice according to Racing Post.

In the initial stages, Maximum Security was reserved just off the early leaders. The most formidable of those pace factors was Mucho Gusto, who tried to put the field away on the far turn at King Abdulaziz Racecourse.

But Maximum Security, urged along by regular rider Luis Saez, rose to the challenge. Part of that challenge wasn’t just bridging the gap – it was also dodging Mucho Gusto’s moves that could have compromised his momentum. Under Irad Ortiz, Mucho Gusto initially took an outside path but veered back in just as Maximum Security himself altered course to avoid him.

Despite Mucho Gusto’s leftward lurch, Maximum Security overtook him in deep stretch. By that point, Midnight Bisou was motoring from the rear of the field and joining the fray. The champion distaffer came close enough to threaten on the rail, but Maximum Security fended her off by three-quarters of a length.

In the exultation of the finish, British racecaller Richard Hoiles recalled Maximum Security’s disqualification from the 2019 Kentucky Derby (G1), expressing the feelings of racing fans around the world:

Mucho Gusto tired late and lost third to Godolphin’s Benbatl, who prevented a clean U.S. sweep. American-based Tacitus closed for fifth. The only American to turn in a disappointing effort in the Saudi Cup was McKinzie (11th), Mucho Gusto’s stablemate from the Bob Baffert barn.

The $12 million Dubai World Cup (G1) on March 28 could lure a few from the Saudi Cup, but Servis will take his time before committing to Maximum Security’s next target.

The full Saudi Cup recap and coverage of the lucrative undercard races can be found at Brisnet.com. 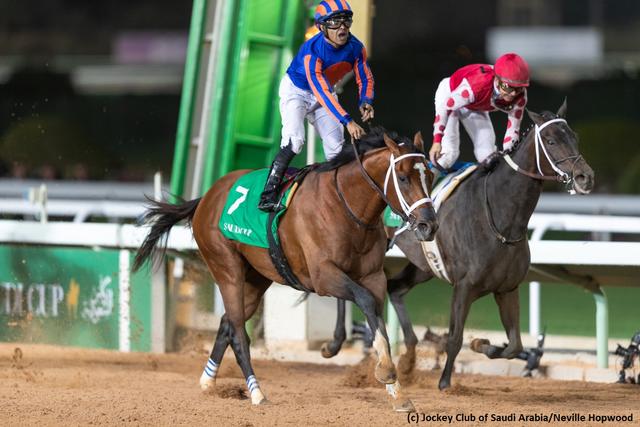