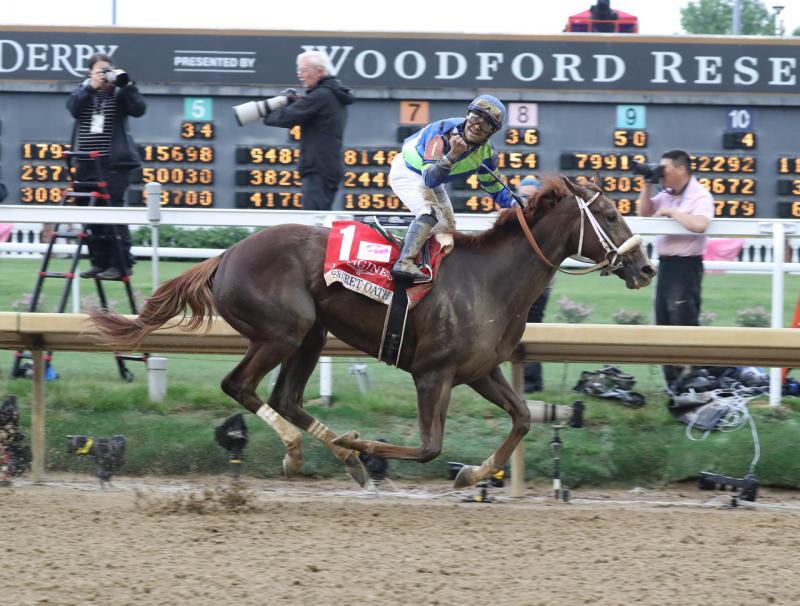 Most recently a troubled third versus the boys in the Arkansas Derby (G1), Briland Farm’s homebred Secret Oath imposed her will back among fillies in Friday’s $1.25 million Kentucky Oaks (G1). In the process, she gave Hall of Fame trainer D. Wayne Lukas a record-tying fifth victory in the Churchill Downs feature.

Lukas’s day started off on a disappointing note. The 86-year-old legend had to scratch his Kentucky Derby (G1) entrant, Ethereal Road, who would have been his 50th starter in the Run for the Roses. But it ended with his joining his fellow Hall of Famer, the late Woody Stephens, in the Oaks record book. Lukas, who last won the Oaks in 1990 with Seaside Attraction, previously sent out Hall of Famer Open Mind (1989), Lucky Lucky Lucky (1984), and Blush With Pride (1982).
With new rider Luis Saez aboard, Secret Oath was reserved well off the ferocious early pace set by Yuugiri. Last year’s champion juvenile filly, Echo Zulu, chased in second and began to put away the tiring leader turning for home.
But by that point, Secret Oath was unleashing a sweeping move on the outside. The daughter of the late champion Arrogate overpowered the hard-trying Echo Zulu in the stretch and drove two lengths clear. Secret Oath covered 1 1/8 miles in 1:49.44 and paid $10.80 as a 4.40-1 chance.
Nest, the 2-1 favorite, was stuck on the inside when trying to advance swinging for home. Staying on steadily once angling out, she grabbed second from the 50-1 Desert Dawn and Echo Zulu. Kathleen O., Shahama, Turnerloose, Cocktail Moments, Candy Raid, Nostalgic, Goddess of Fire, Hidden Connection, Yuugiri, and Venti Valentine concluded the order of finish. Also-eligible Beguine was scratched.
Secret Oath improved her scorecard to 8-5-0-2, including romps in the Honeybee (G3) and Martha Washington S. at Oaklawn Park. The big chestnut is nominated to the Triple Crown, so might we see her try the boys again in an upcoming jewel? 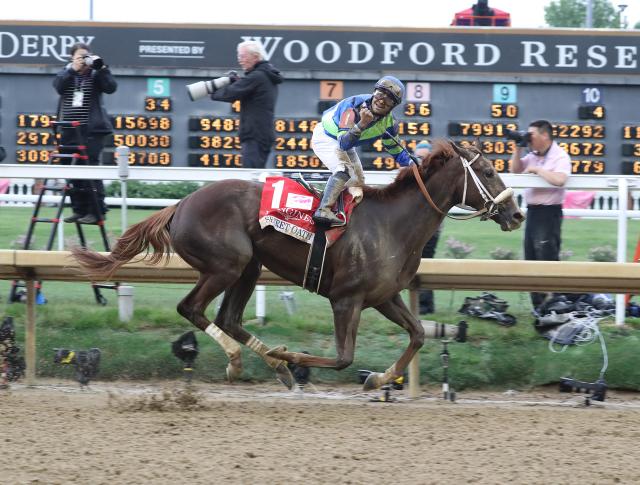