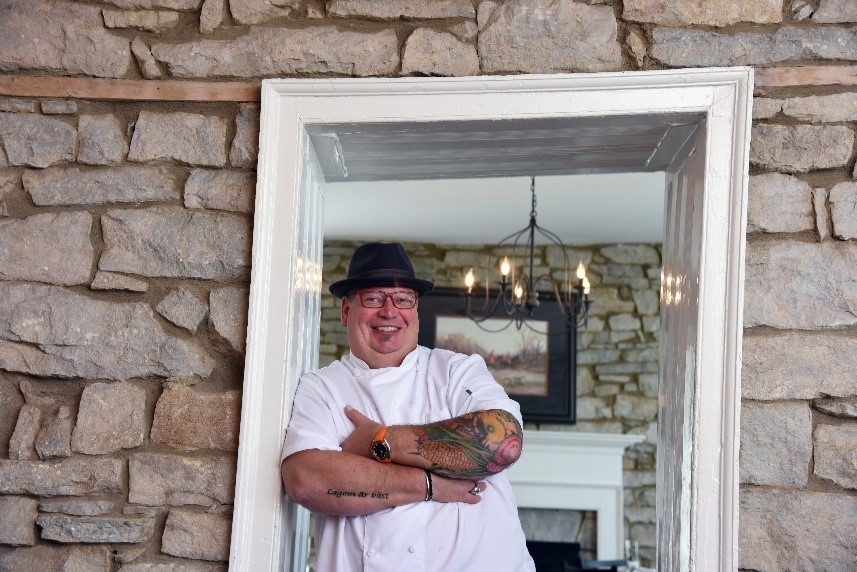 Chef David Danielson has been the Executive Chef for Churchill Downs Racetrack and the Kentucky Derby since 2011. His culinary style celebrates authentic southern flavors while taking a progressive and inventive approach inspired by global cuisines, current food trends and farm-fresh, seasonal ingredients. Classically trained, Danielson studied at the Dumas Pere school of French cooking and the renowned hotel school Ecole Hotelier Tain l’ Hermitage in France before honing his culinary skills at several Michelin-starred restaurants. He is the former Executive Chef for New York’s United Nations Plaza Hotel and worked at such Chicago favorites as the Ritz Carlton and Charlie Trotter’s. He served as personal chef to the British Consulate General and has lent his culinary expertise to a variety of major events, including the PGA Championships, U.S. Open Tennis Tournament, GRAMMY Awards and the Olympics. Danielson is also the owner the historic Old Stone Inn and Tavern ion Simpsonville, KY, where he offers a fresh Southern menu that brings the beloved eatery back to its rightful place as a showcase of the best of Kentucky cuisine and local bounty.

Thank you to our sponsor
© 2020 Churchill Downs Incorporated. All Rights Reserved.