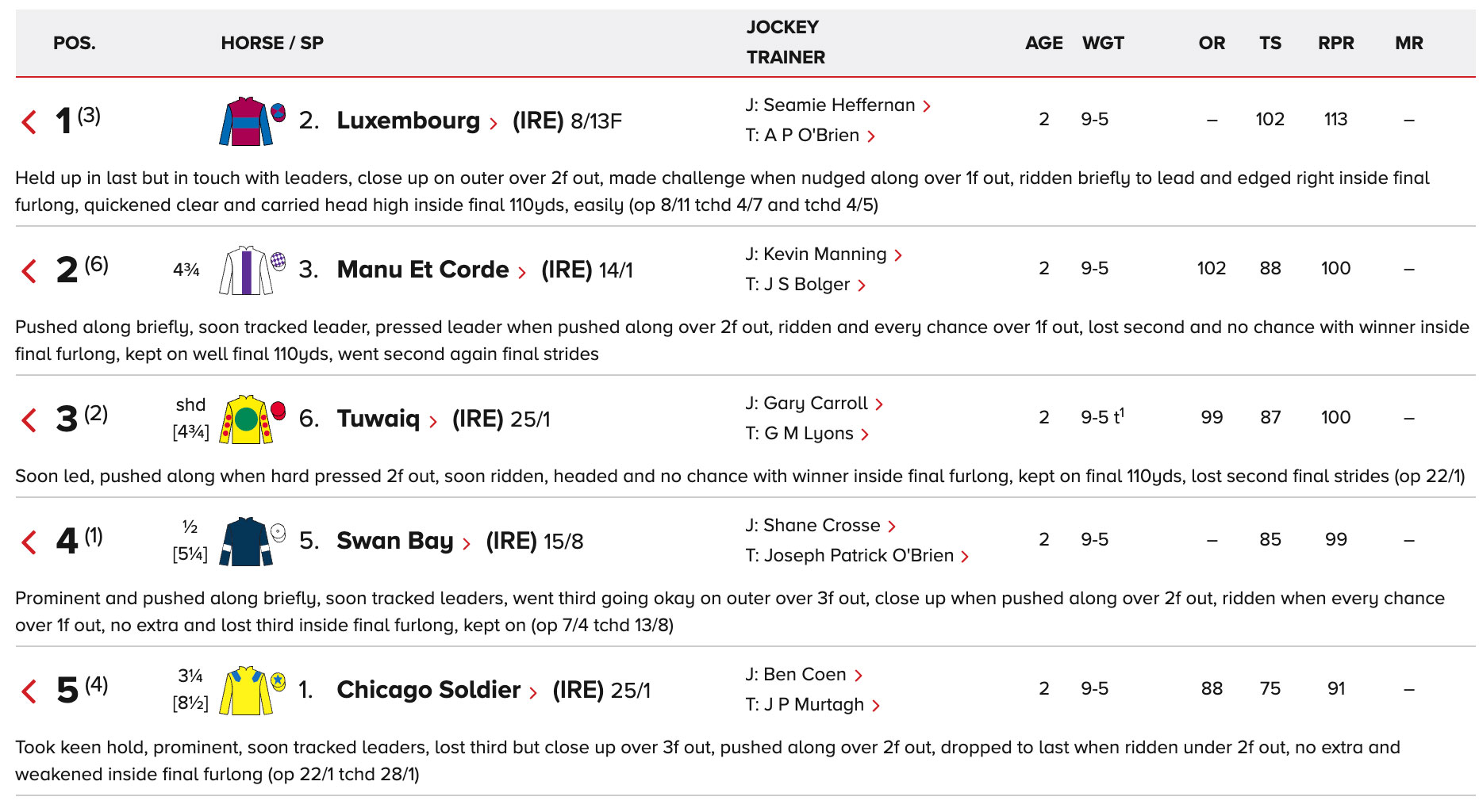 Luxembourg emerged as one of the most exciting prospects in Ireland after a spectacular victory in the Beresford (G2) over a mile at The Curragh on Sept. 25.

Luxembourg was held up at the rear of the five-horse field by Seamie Heffernan, but quickened up fantastically in the stretch. He looked stronger as he got on to win by more than four lengths, and give trainer Aidan O’Brien an incredible 11th consecutive victory in the race.

The effort earned him 10 points in the European Road to Kentucky Derby series. Manu Et Corde took four points for finishing second, with Tuwaiq earning two points for third and Swan Bay one point for fourth.

Luxembourg is by Epsom Derby winner Camelot, who has become a very good sire through runners such as Sir Dragonet, Athena, and the ill-fated Santa Barbara. His dam, Attire, by Danehill Dancer, has already produced the stakes winner Leo de Fury and the stakes-placed Sense of Style.

The victory propelled Luxembourg into Derby favouritism, though it is for Epsom and not Churchill Downs, and he is more likely to attempt to emulate his sire rather than cross the Atlantic.