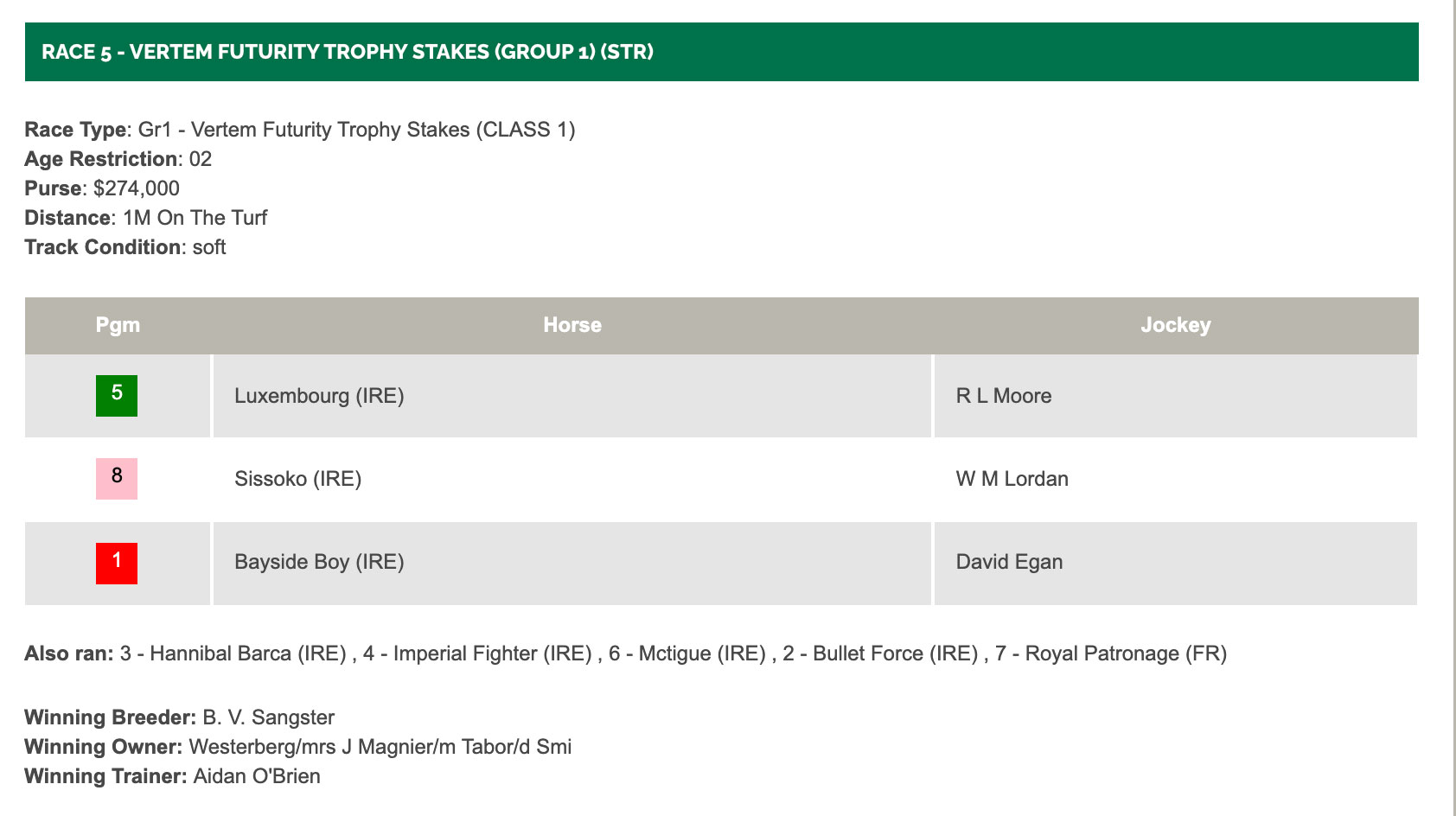 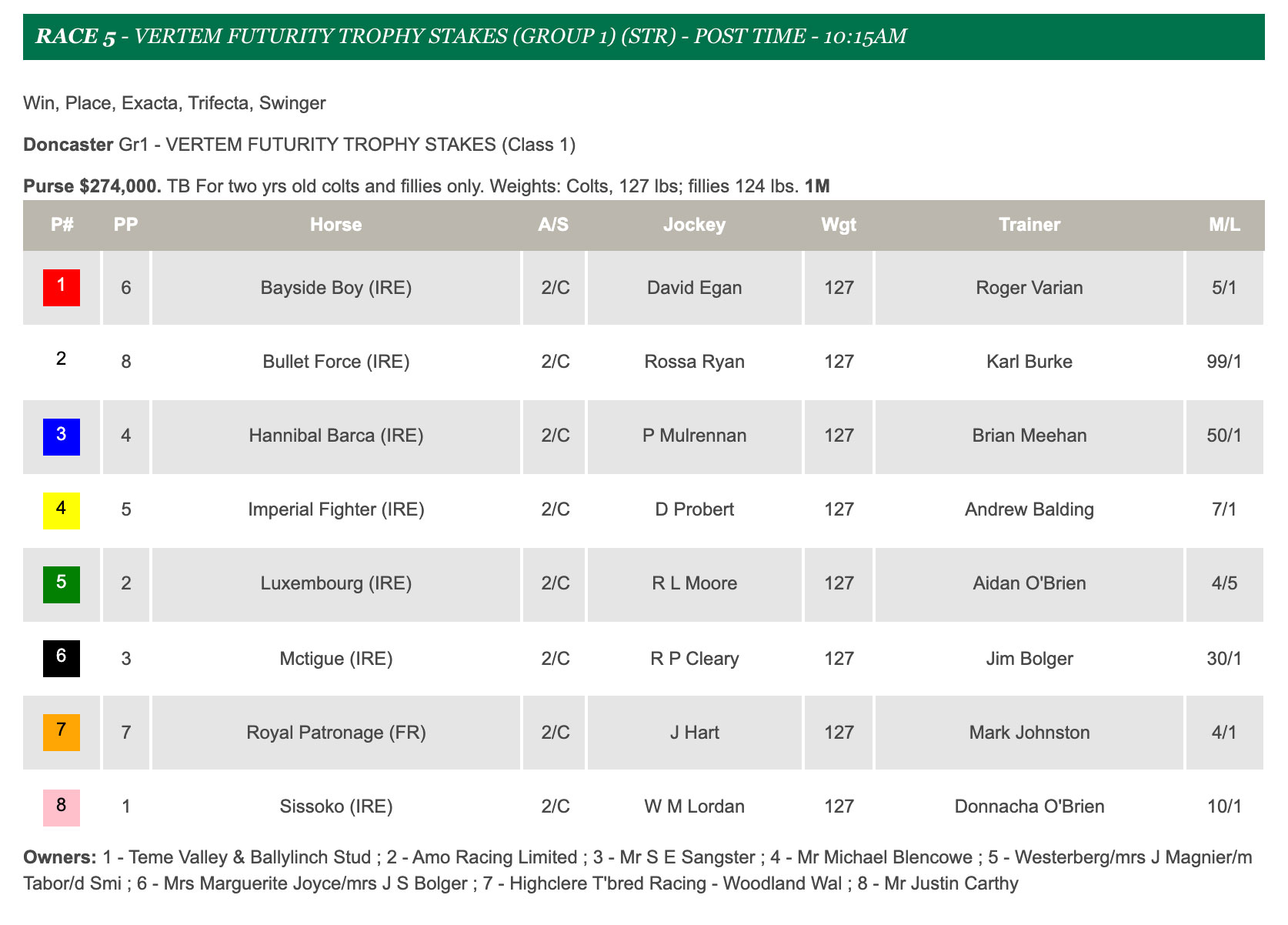 Luxembourg earned winter Derby favoritism with a clear-cut victory in the Vertem Futurity Trophy (G1) over a mile at Doncaster Oct. 23.

However, it’s the Derby (G1) at Epsom, rather than Churchill Downs, that the oddsmakers around the world are predicting the Aidan O’Brien-trained Camelot colt to star in.

Fresh from success in the Beresford S. (G2), another 2022 European Road to the Kentucky Derby feature, Luxembourg was an odds-on favorite in the eight-horse field and duly prevailed, coming through strongly from midfield to win by 1 3⁄4 lengths.

Luxembourg’s female family is responsible for a number of outstanding turf runners, but a couple of notable dirt performers appear on that side of the pedigree as well. His second dam, a daughter of 1985 Kentucky Derby romper Spend a Buck, is a half-sister Arcangues, the shock French-trained 133-1 winner of the 1993 Breeders’ Cup Classic (G1).

Connections of Sissoki, Bayside Boy, and Hannibal Barca have also indicated European turf targets for their charges as spring three-year-olds rather than aiming at Churchill Downs.