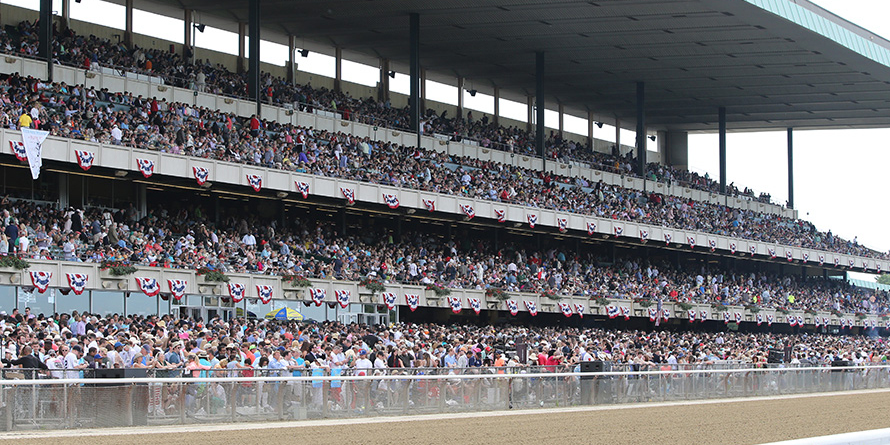 The Belmont Stakes holds position as the third jewel in the Triple Crown series. A blanket of about 700 white carnation flowers is draped over the winning horse in the winner’s circle in addition to presenting the August Belmont Memorial Cup. The race trophy and was originally crafted by Tiffany & Co.

31 lengths, this is the exceptional gap between first and second during the 1973 Belmont Stakes (G1) at Belmont Park which witnessed Secretariat’s legendary performance. The record time of running the 1 ½ mile race in 2:24 still stands.

The Fastest (And Slowest) Belmont Times

The Belmont Stakes is currently contested at 1 ½ miles, or 12 furlongs, making it the longest of the Triple Crown races and typically the longest race that Thoroughbreds who compete in the series will ever run.

The overall speed record for the Belmont Stakes is held by the one and only Secretariat (1973), who ran the race in an astonishing 2:24.00 flat, while also establishing the fraction records throughout his effort. Secretariat dusted his rivals on that fateful day by a staggering 31 lengths. His time over the 1 ½ mile track has not been seriously threatened since.

A total of ten horses have run the Belmont Stakes in a time of 2:27.00, or faster, with three Triple Crown champions amongst them. These include Secretariat (1973), Affirmed (1978) and American Pharoah (2015). American Pharoah broke the 37-year curse made by Affirmed in a similar time.

Several fillies have competed and won the Belmont Stakes, but the fastest of them all was Count Fleet (1943) who ran in 2:28.20. Rags to Riches is the fastest filly to win the Belmont this century, completing the 2007 edition in a time of 2:28.74.