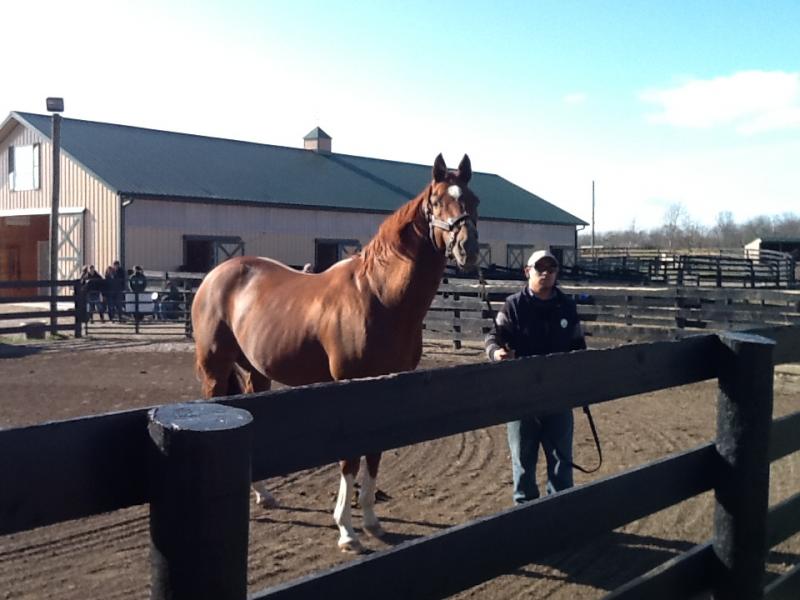 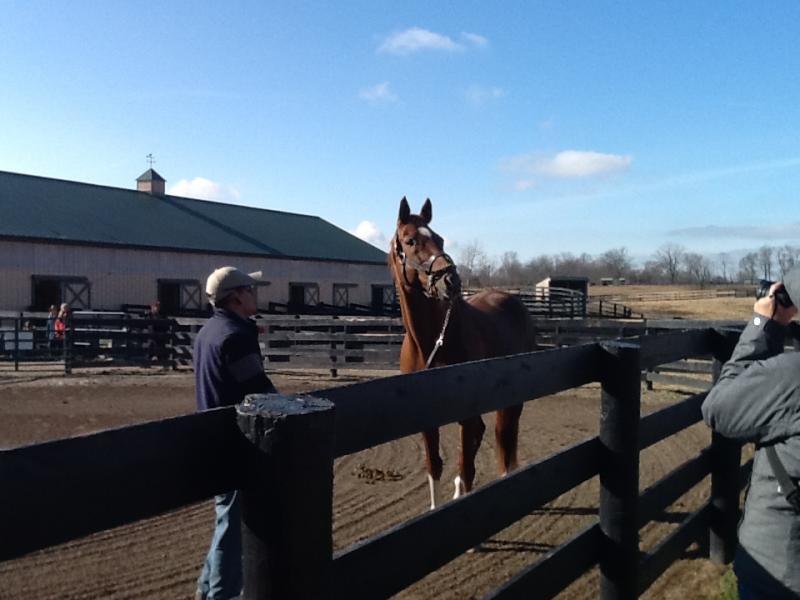 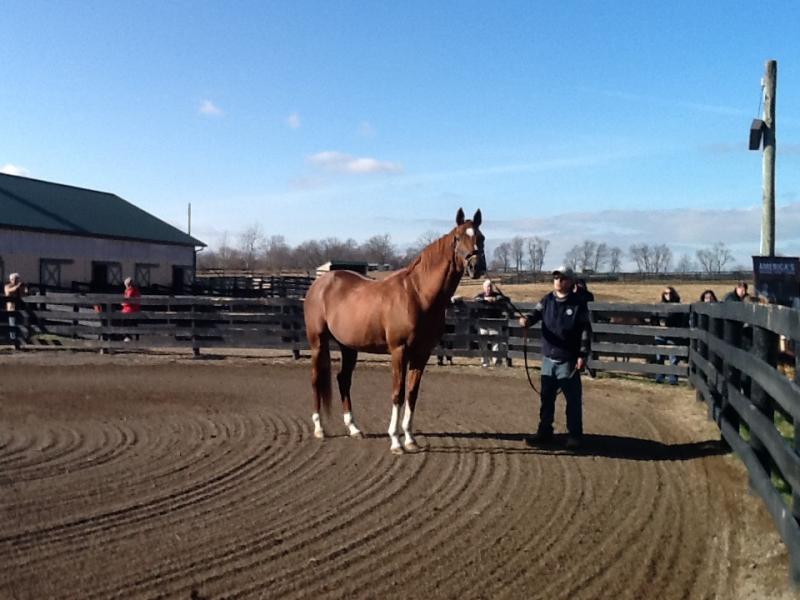 1999 Kentucky Derby and Preakness Stakes hero Charismatic was paraded around a paddock at the Georgetown, Kentucky, facility on Monday to the delight of those assembled.

The 20-year-old chestnut actually returned to the United States on November 30. He touched down in Chicago following an 18-hour flight – with a refueling stop-over in Anchorage, Alaska – from Japan, where he’s been standing at JBBA Shizunai Stallion Station since 2002.

Following a three-day quarantine in Chicago, Charismatic was vanned to Old Friends on December 3, where he was once again placed under a mandatory quarantine.

Despite the long trip back to Kentucky, Charismatic showed no signs of jetlag, preening for the cameras as the sun finally broke through the dreary early morning cloud cover. He was led around for about 10 minutes, stopping every now and then to strike a perfect pose.

Charismatic gained fame for being the former claimer who upset the 1999 Kentucky Derby for trainer D. Wayne Lukas. He would go on and prove that to be no fluke by also capturing the Preakness Stakes, but perhaps is best known for his run in the Belmont Stakes.

Charismatic took command of the race nearing the stretch before finishing third. However, instead of allowing the colt to gallop out with the rest of the field, jockey Chris Antley pulled his mount up past the finish line. The iconic image of Antley jumping out of the saddle, grabbing Charismatic’s left front leg and holding it up until help arrived was emblazoned in the hearts and minds of racing fans for years to come.

Charismatic wouldn’t compete again, heading to stud first at Lane’s End Farm and then overseas to Japan. Despite the abrupt end to his sophomore season, he was still honored as the 1999 Horse of the Year and champion three-year-old colt.

Michael Blowen, founder and president of Old Friends, was quick to praise JBBA Shizunai Stallion Station for their care of Charismatic over the years.

“He came in in perfect condition,” Blowen said. “It’s really a great tribute to the care he got over in Japan.

“All the circumstances of this horse’s life, all these little decisions all along the way have led to today. He’s just an amazing animal.

Charismatic returned to Kentucky thanks to the efforts of Old Friends, the Bob and Beverly Lewis family, and Tito’s Handmade Vodka.

“My family and I are so pleased to learn that our Horse of the Year Charismatic will be returning from Japan and will be joining our beloved Silver Charm at Old Friends,” said Beverly Lewis, who campaigned the colt with her late husband, Bob. “Charismatic’s star shone very brightly, though only for a few weeks in 1999, when he won the Derby, the Preakness, and took a shot at Triple Crown immortality.

“Unfortunately, he was injured in that race and was never able to run again, but now we all look forward to visiting him.”

“We are ecstatic that we are able to participate in bringing horse racing stars like Charismatic back home where they can be revered by the public and help raise awareness for the cause,” said Eric Barlund, vice president of sales for Tito’s Handmade Vodka. 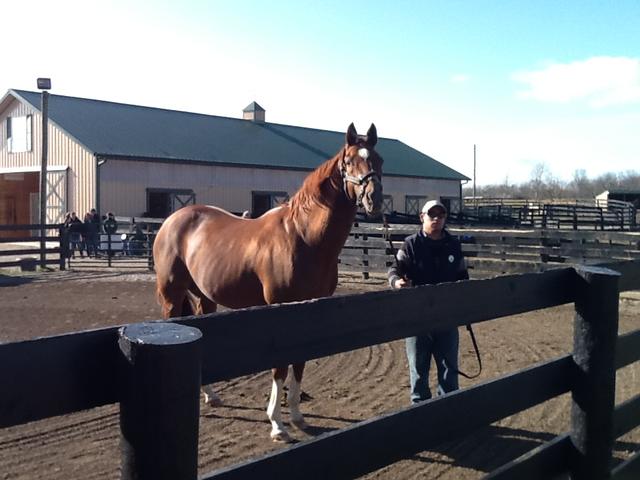