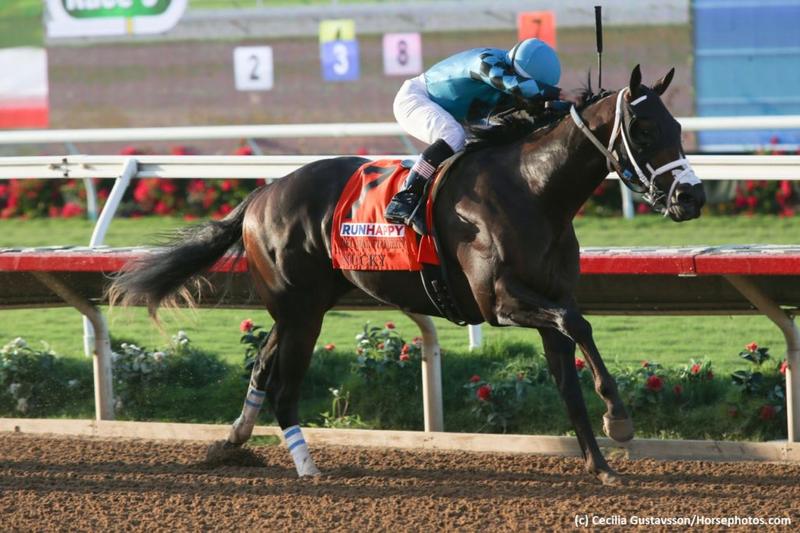 A standout field of nine two-year-old prospects will vie in Friday’s $300,000 American Pharoah Stakes (G1) at Santa Anita Park. A berth in the Breeders’ Cup Juvenile (G1) field on November 1 is on the line in the “Win & You’re In” event, and the contest also serves as a points race on the 2020 Road to the Kentucky Derby challenge series. The top four-finishers will earn points on a 10-4-2-1 basis.

Smart debut victor went off as the favorite at first asking and gets the inner post slot for his stakes debut. Son of American Pharoah is bred to appreciate the added distance today, and he will race with blinkers off in this spot. The Kentucky-bred has trained well in advance of this tough test and could surprise with improvement.

Battled-tested youngster removes the hood following an experiment with blinkers on in the Del Mar Futurity (G1) when fifth last time out. The Tremont Stakes hero was a solid third in the Best Pal Stakes (G2) two prior, and the colt could be a factor if he moves forward in his route debut.

Baffert pupil was a dynamic debut winner at Del Mar before his mishap in the Del Mar Futurity (G1) when unseating his rider early on. This top prospect has not missed any training in the interim, and the colt figures to excel with the added ground on Friday. John Velazquez comes in to guide the exciting juvenile.

This third-time starter turned heads with his 14-length maiden score last time out. The John Shirreffs trainee hails from a fine female family and is cut out to run all day. The $500,000 yearling purchase rates a big chance in the American Pharoah with even slight improvement off of his powerful maiden showing. Mike Smith retains the mount.

This son of Court Vision was a first-out winner prior to also unseating his jockey in the roughly run Del Mar Futurity (G1). The Peter Eurton trainee shows a pair of solid morning drills here in advance of his local debut, and the colt is bred to handle this distance with ease. Regular rider Flavien Prat stays in the silks.

Maiden showed some class in his latest offering when third in the Del Mar Futurity (G1). Trained by Doug O’Neill, the $175,000 son of Flatter lands in a field with substantial early pace, which could aid him to take back and make one run inside the final quarter-mile today. The May foal will have Rafael Bejarano in the stirrups.

East Coast invader romped on debut at The Spa before rallying for place honors in the Hopeful Stakes (G1) most recently. This $800,000 two-year-old purchase shows a pair of solid morning moves on the Oklahoma in preparation of his California debut, and he is another who might step forward going a route of ground for the initial time. Joel Rosario has the repat assignment atop the son of Into Mischief.

Peter Miller pupil went from a maiden claiming tally to a 2 3/4-length upset in the Del Mar Futurity (G1) at 35-1 odds. The peaking two-year-old has sharp early speed, and he should be as fit as any contender in the field with five races under his belt this campaign. The Kentucky-bred could be a factor in his route debut with Norberto Arroyo, Jr. calling the shots

This unbeaten juvenile has done nothing wrong from two career assignments for conditioner Mark Glatt. The $300,000 two-year-old buy is justifying his price tag to date, and he enters this demanding assignment off a measured tally in the Best Pal Stakes (G2) at Del Mar. Joe Talamo will guide the Florida-bred and have him rallying from off the early pace on Friday. 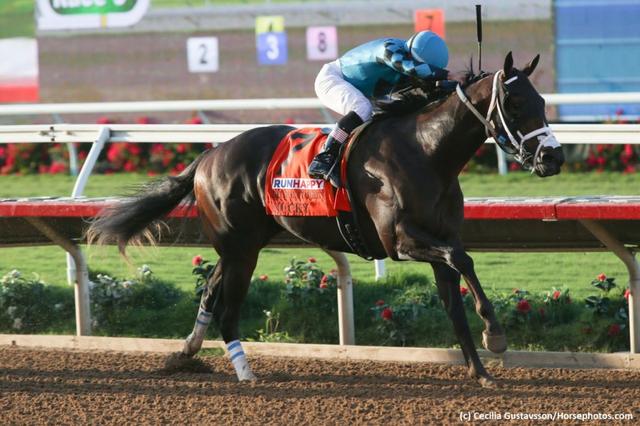