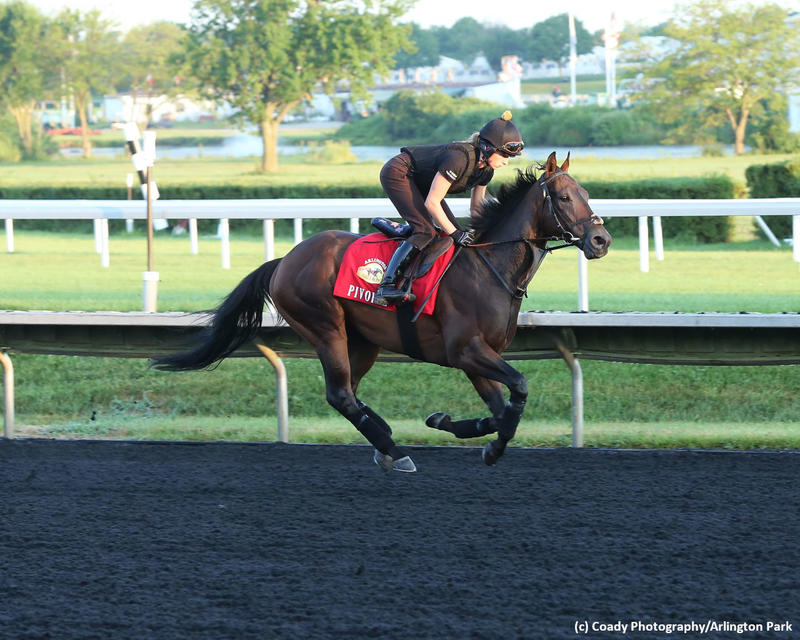 A strong field of 10 top turf performers will take aim on Arlington Park on Saturday in the 37th running of the $1 million Arlington Million (G1) . The cast is led by the defending champ, the top domestic turf runner in training, as well as four accomplished European invaders, in what promises to be a memorable edition of the Million.

Defending champ draws the rail as he aims to go back-to-back in this storied event. The Chilean-bred five-year-old is winless from four races since his score on this lawn last summer, but he did put in a fine prep run when second to the favorite in the Manhattan Stakes (G1) at Belmont Park most recently. Robert Bruce gets a rider change to Javier Castellano for this endeavor.

Filly will try the boys once again and hopes to secure her biggest triumph to date. This four-year-old has been runner-up at the highest level on four separate occasions, and the globetrotter will be dangerous if she gets a firm course to run upon. Wayne Lordan has the assignment atop the late runner.

Classy horse to beat has roared home to five impressive tallies in succession dating back to December and January when he romped in the inaugural Pegasus World Cup Turf Invitational (G1) . The Chad Brown-trained dynamo comes in fresh following a convincing score in the Manhattan Stakes (G1), and the Kentucky-bred will be very tough to beat with his top performance.

Longshot took the Star and Stripes Handicap (G3) at Arlington in 2018 but faces an ambitious task in this race. The former claimer has defeated a total of one horse in three 2019 outings and would be a massive surprise against this fine field. It is worth noting that the gelding was elevated to third in the 2018 Million, however.

Four-year-old colt nearly stole the Man o’ War Stakes (G1) when a narrow fourth at Belmont Park in May. The Irish-bred has lacked consistency throughout much of his career, and he was also well beaten in a lone prior run at Arlington when eighth in the 2018 Secretariat Stakes (G1). The likely pacesetter will have Ryan Moore in the silks.

Multiple Group 1 victor makes his third run since coming to the states off the heels of a nice runner-up showing in the local prep, the Arlington Handicap (G3). The intriguing Argentine was always pointing for this race and could offer good value with another move forward. Trevor McCarthy inherits the mount.

Wildcard in the field has not competed at the top level in advance of the Million, but conditioner Andrew Balding would not put him in the race if he didn’t have in top form. Five-year-old gelding has some positional speed and might sit a good trip in the second flight with first run on the expected leaders. Silvestre de Sousa riding adds to his appeal.

Four-year-old colt has run big races on this turf course and comes off a closing third-place finish in the Arlington Handicap (G3) in his 2019 debut. The Kentucky-bred colt has yet to break through at this level, but the bay is very consistent and will almost surely improve second time racing off the long absence. The top-three candidate makes the move to get leading local pilot Jose Valdivia Jr. as well.

Group 1 star adds both Lasix and blinkers for his U.S. debut for conditioner Fabrice Chappet. The chestnut colt seems to be progressing nicely in 2019 with a closing fourth at Longchamp most recently, and any improvement will give him a serious chance at the top prize today. Florent Geroux will ride the most interesting invader.

Arlington Handicap (G3) romper had the ideal prep for this test and has run well in both tries over the Arlington Park turf surface in his career. The gray four-year-old, who was third in the 2018 Secretariat Stakes (G1), draws widest in the field after getting a dream run along the rail in his most recent performance. This talented colt has trained swiftly in the interim, and he will be forwardly placed from the opening bell under Adam Beschizza. 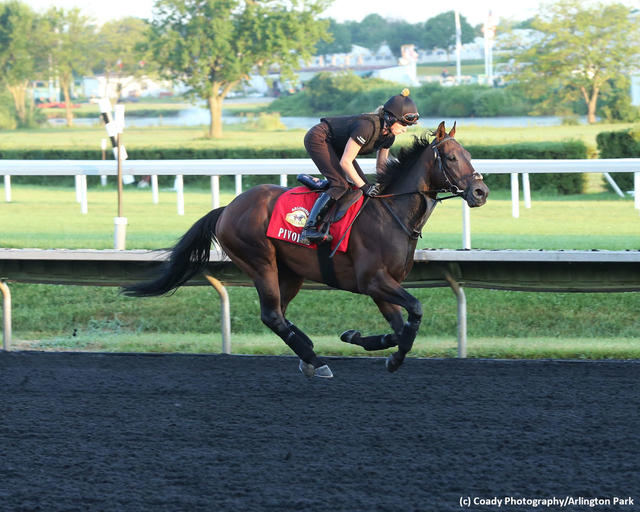