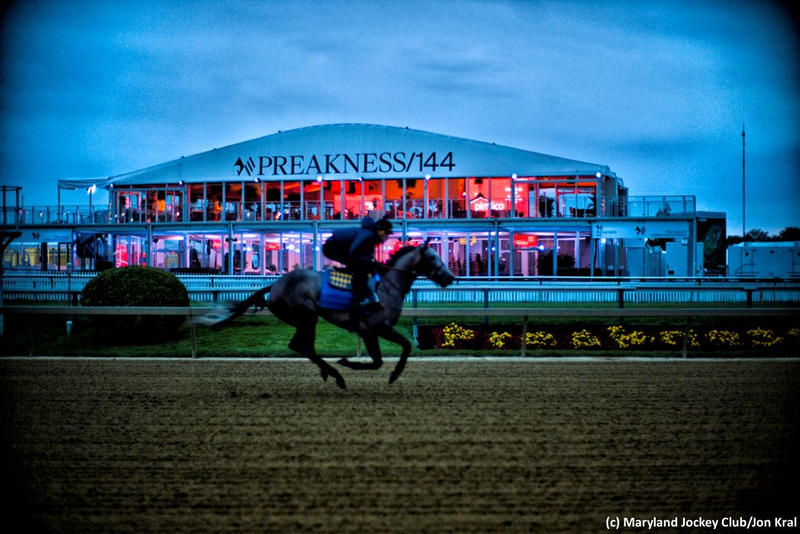 A baker's dozen of sophomores will travel 1 3/16 miles at Pimlico in Saturday's $1.5 million Preakness Stakes (G1). The middle jewel of the Triple Crown is without the top-three finishers in Louisville two weeks ago, but an excellent field of three-year-olds will take aim at capturing the Woodlawn Vase on Saturday. 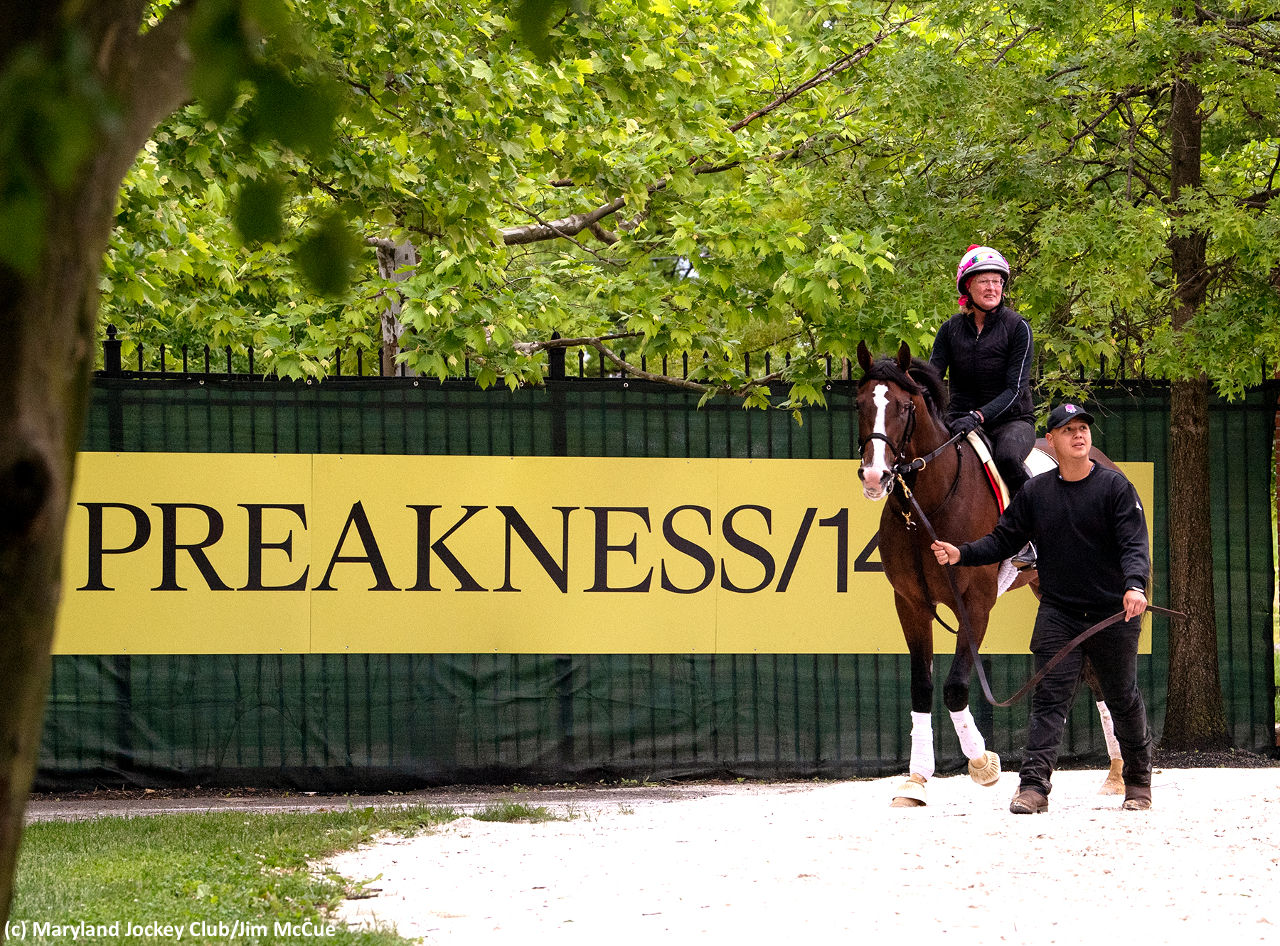 Classy colt had a compromising trip in the Kentucky Derby (G1) and will aim to validate himself at Pimlico. The Mark Casse trainee is a talented sort with a versatile running style, and he will be a major factor if he is more relaxed early on this Saturday. Tyler Gaffalione retains the mount and he will have to overcome the rail post once again. 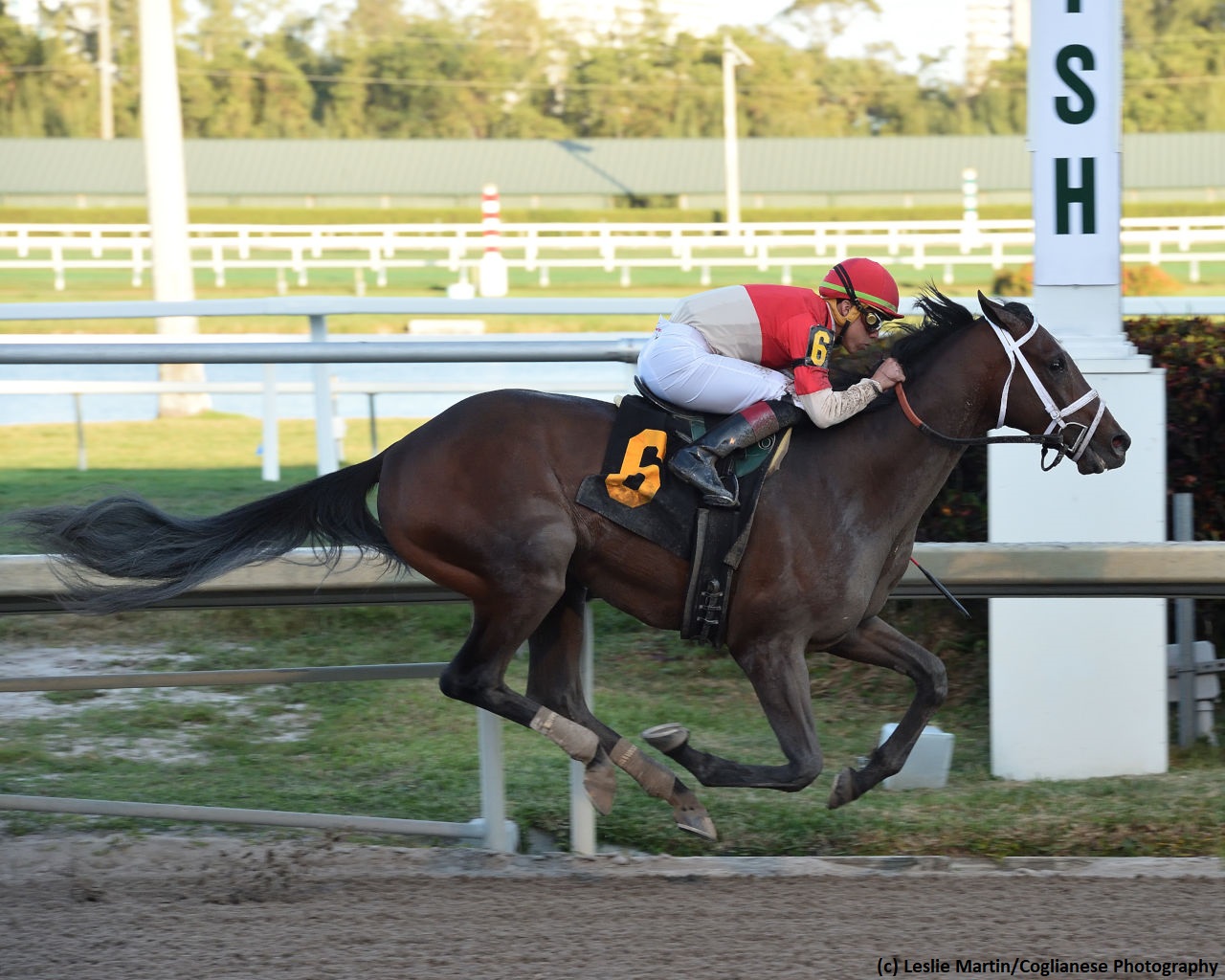 This dangerous Triple Crown newcomer makes his first run since finishing fourth in the Florida Derby (G1) in March. The Mark Hennig trainee is bred for classic distances and will add blinkers in advance of his biggest test to date. The late runner could benefit from the expected healthy pace to run at late.

This peaking colt comes in with a pair of facile wins against lesser at Oaklawn Park. The dark bay colt has never been better and has flourished since showing speed from the start. The Florida-bred faces a tall task in a race with other speed in the fold but he benefits by picking up top jockey Javier Castellano. 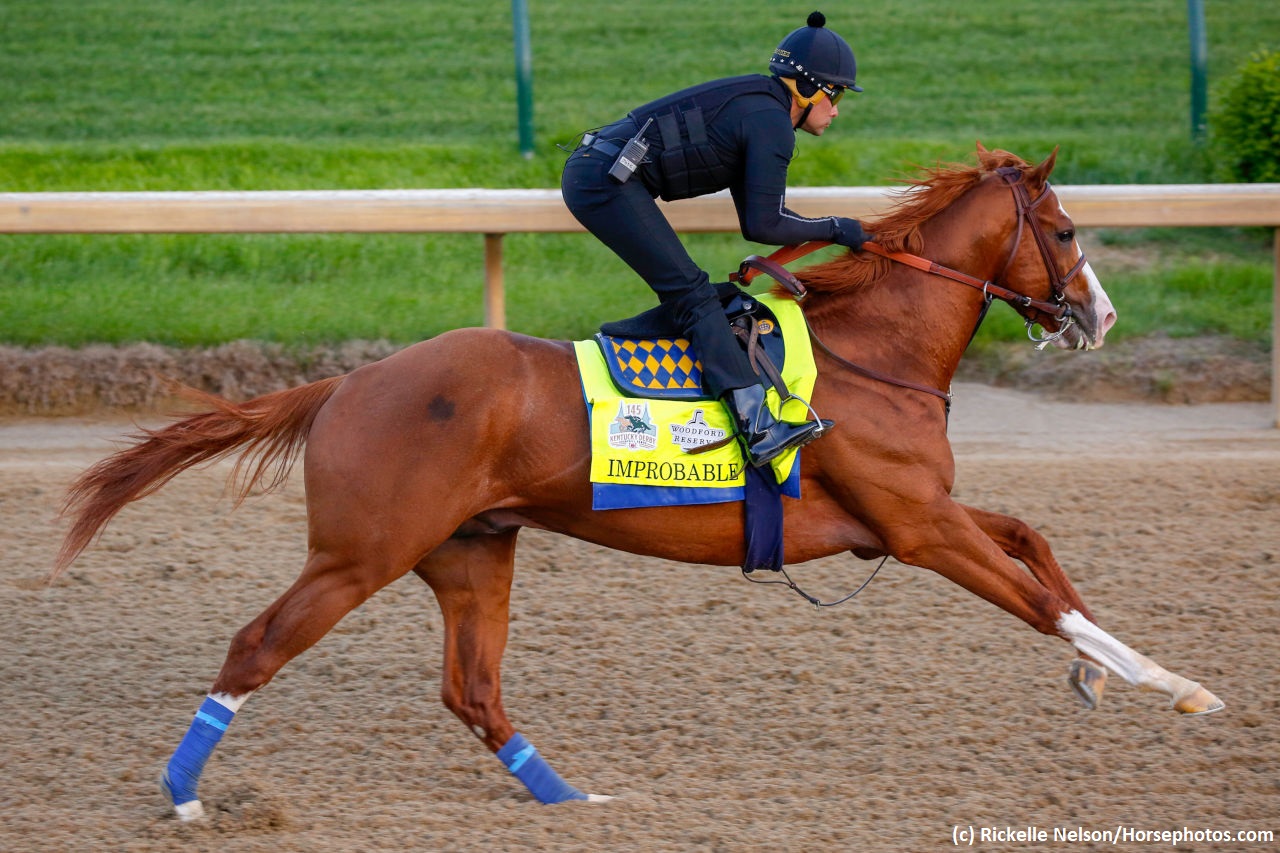 Bob Baffert's Grade 1-winning star was hemmed in until late when favored in the Kentucky Derby (G1), though he still ran a fine race when elevated to fourth. The consistently very good son of City Zip has run quite well in every lifetime performance and deserves to be favored in Baltimore. The horse to beat could shine with the move to jockey Mike Smith. 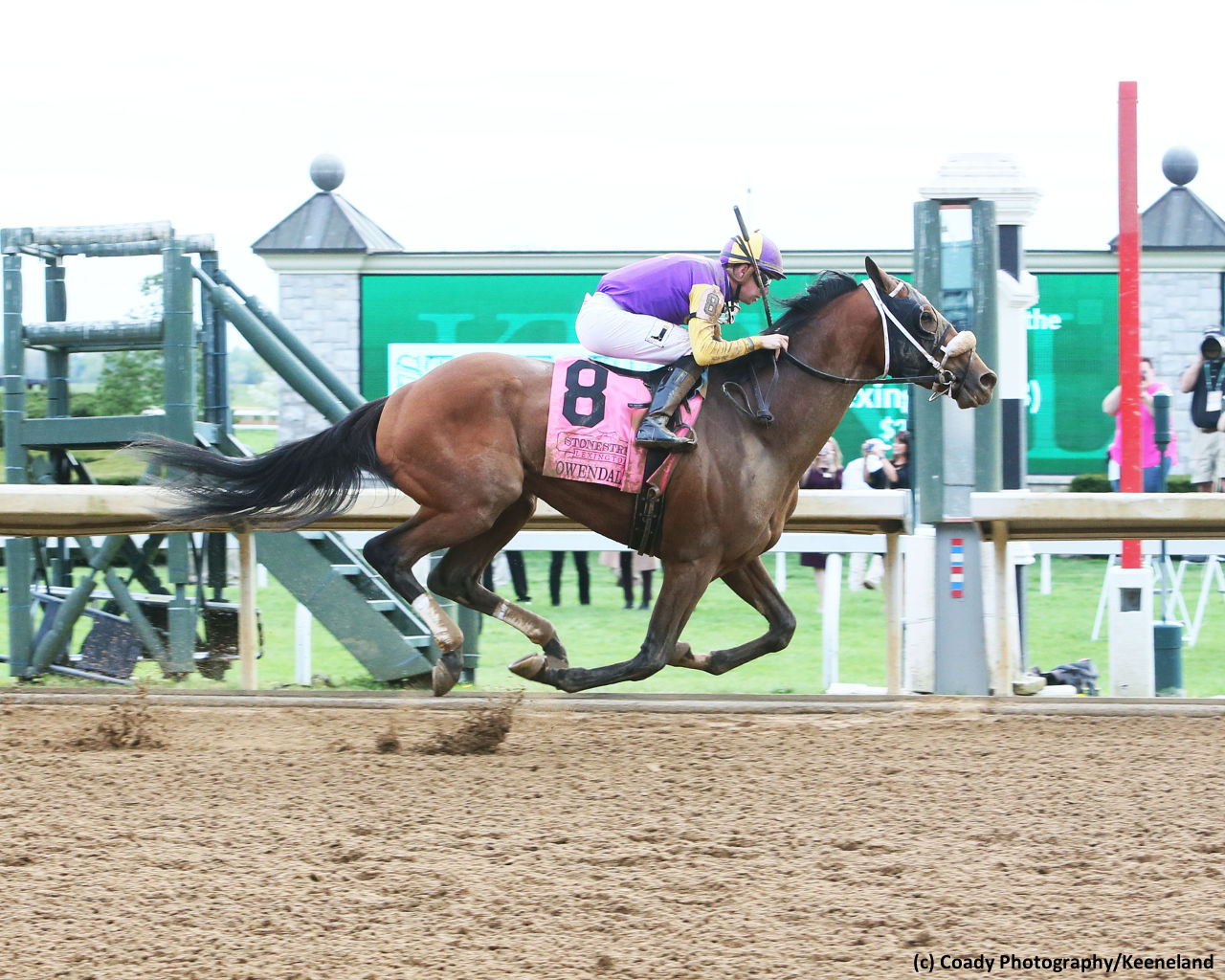 The recent Lexington Stakes (G3) victor made an eye-catching move at Keeneland to sweep by his foes en route to his initial graded win. The bay colt is two-for-three in 2019 and seems to be coming into his own in advance of his Triple Crown debut. The Kentucky-bred smoked a bullet five furlongs last weekend, and pilot Florent Geroux chose to ride him over his stablemate. 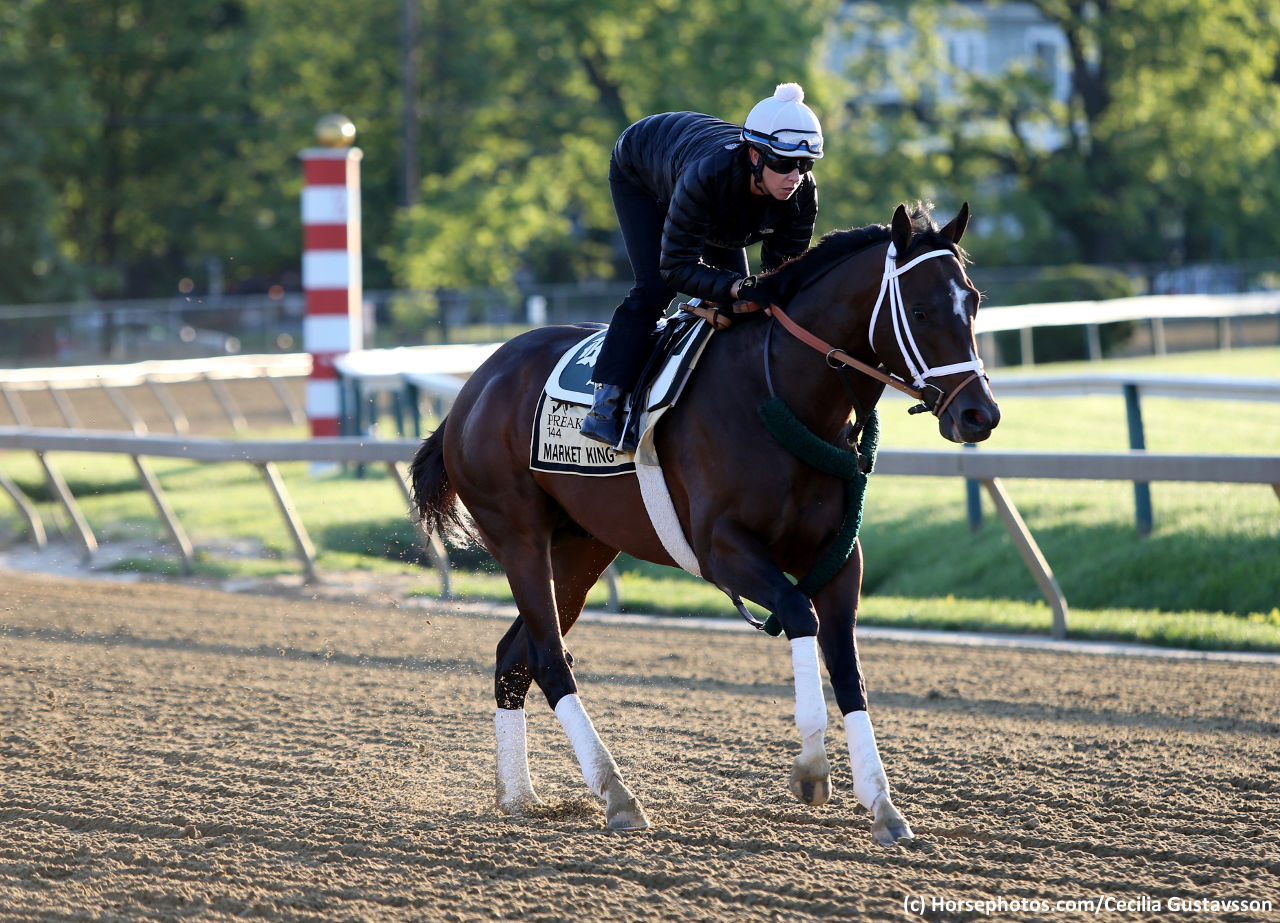 This $550,000 yearling has yet to run to his price tag for the legendary D. Wayne Lukas. The Rebel Stakes (G2) third-placer would need a massive form reversal in the Preakness after being defeated by 37 lengths in the Bluegrass Stakes (G2) most recently. Jon Court will be in the irons atop the speedy sophomore. 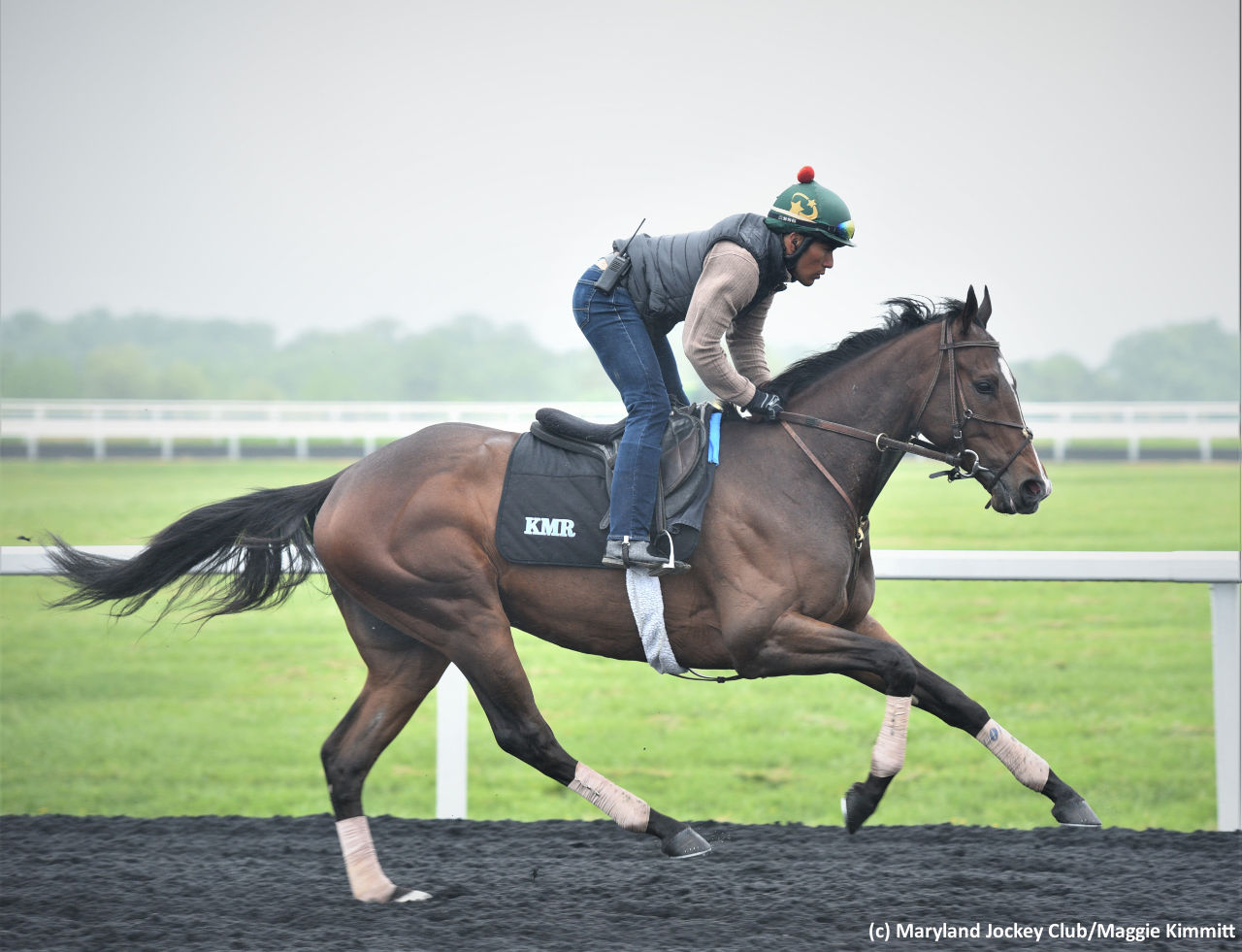 This local standout is perfect in 2019 and rolls in on a six-race win streak for conditioner Kelly Rubley. The Maryland-bred owns big early foot and a strong closing kick in advance of his graded debut in the Preakness. This Stay Thirsty gelding will be an imposing figure if he clears the field early on from an ideal post position. He signaled his readiness for the Preakness with a bullet four-furlong drill in preparation of this assignment. 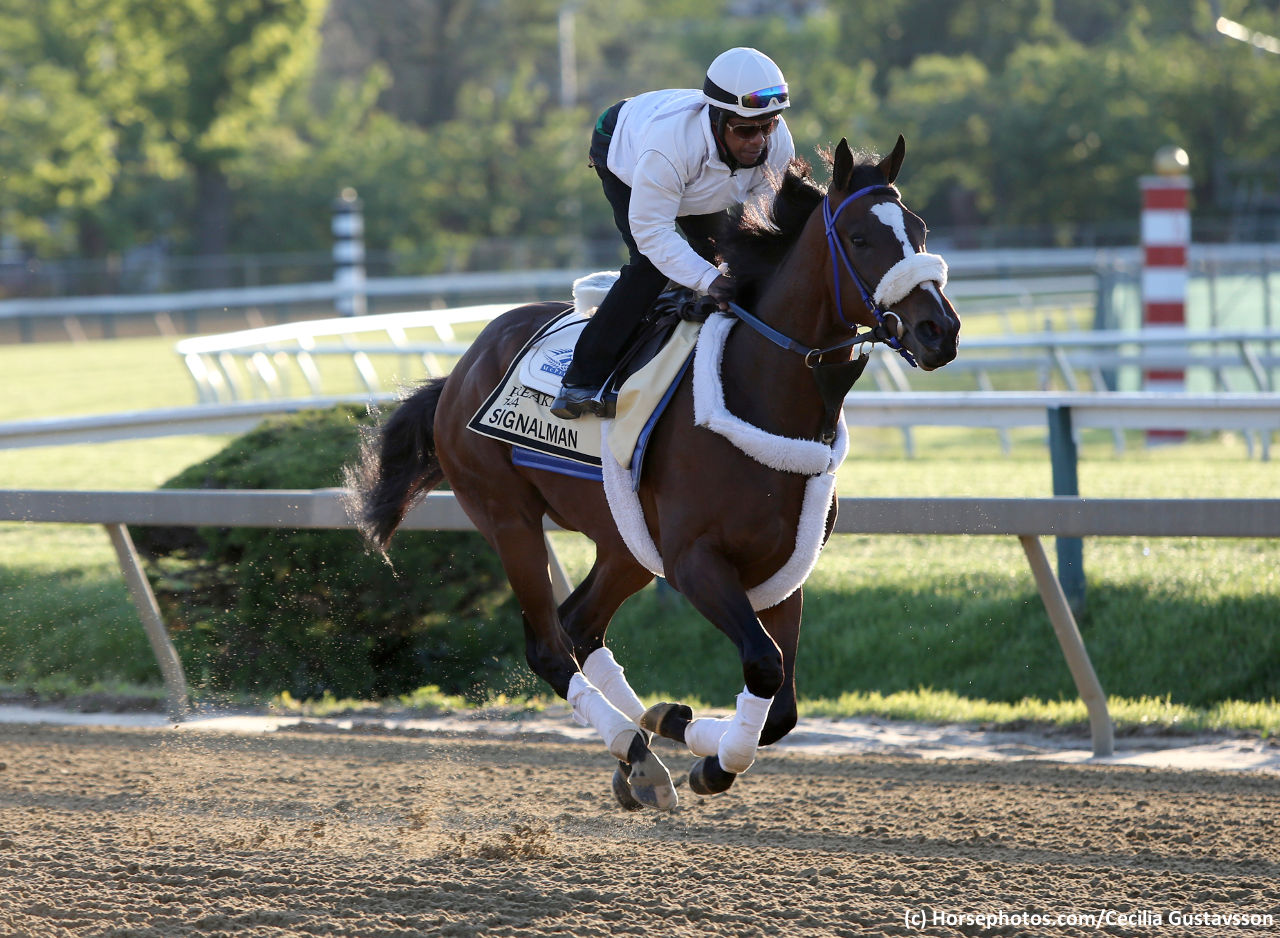 This Grade 2 winner showed improvement in his second attempt of the season with a third-place finish in the Blue Grass Stakes (G3) most recently. The two-time Grade 1-placed colt showed his class as a juvenile, and he could be a longshot contender with another step forward in a third start off the layoff. Regular rider Brian Hernandez Jr. will be at the controls once again. 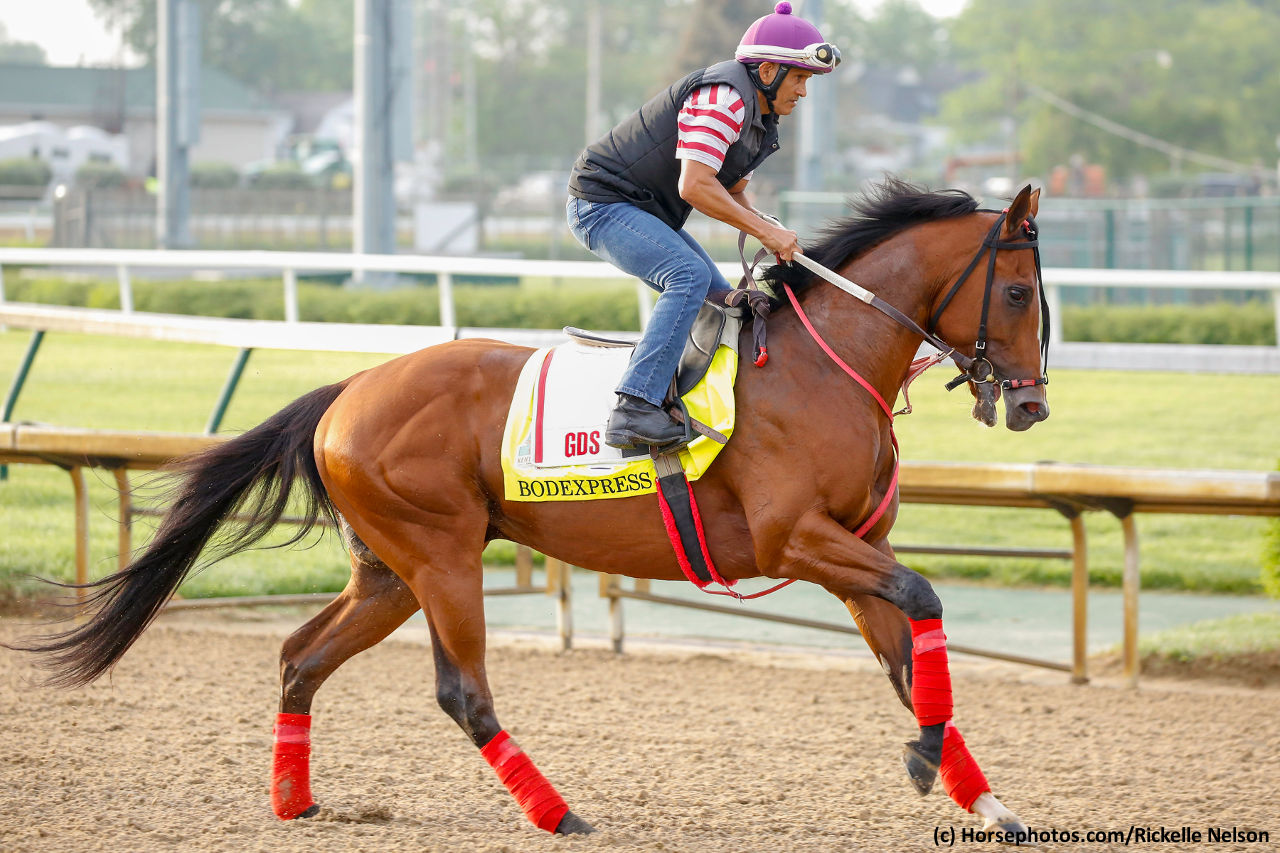 This interesting sort faded late in the Kentucky Derby after being part of the traffic along the backstretch. The maiden should take a big step forward in his second race in eight weeks, though he still picks a very ambitious spot to earn his first lifetime tally. The rider change to John Velazquez is a superb move, however.

This longshot has been trounced in a trio of graded races by a combined 43 lengths following his Holy Bull Stakes (G2) second at 128-1 odds. The Kentucky-bred late runner will have Joel Rosario in the reins, but he still looks tough to envision with his current form line.

This colt punched his Preakness ticket with a game victory in the inaugural Oaklawn Invitational Stakes two weeks back. The $375,000 auction purchase has a nice turn of foot and could be a viable contender if he receives a fast pace to rally into in the stretch. It's worth note that Laughing Fox was just one length behind Kentucky Derby (G1) winner Country House in the Arkansas Derby (G1) two back. 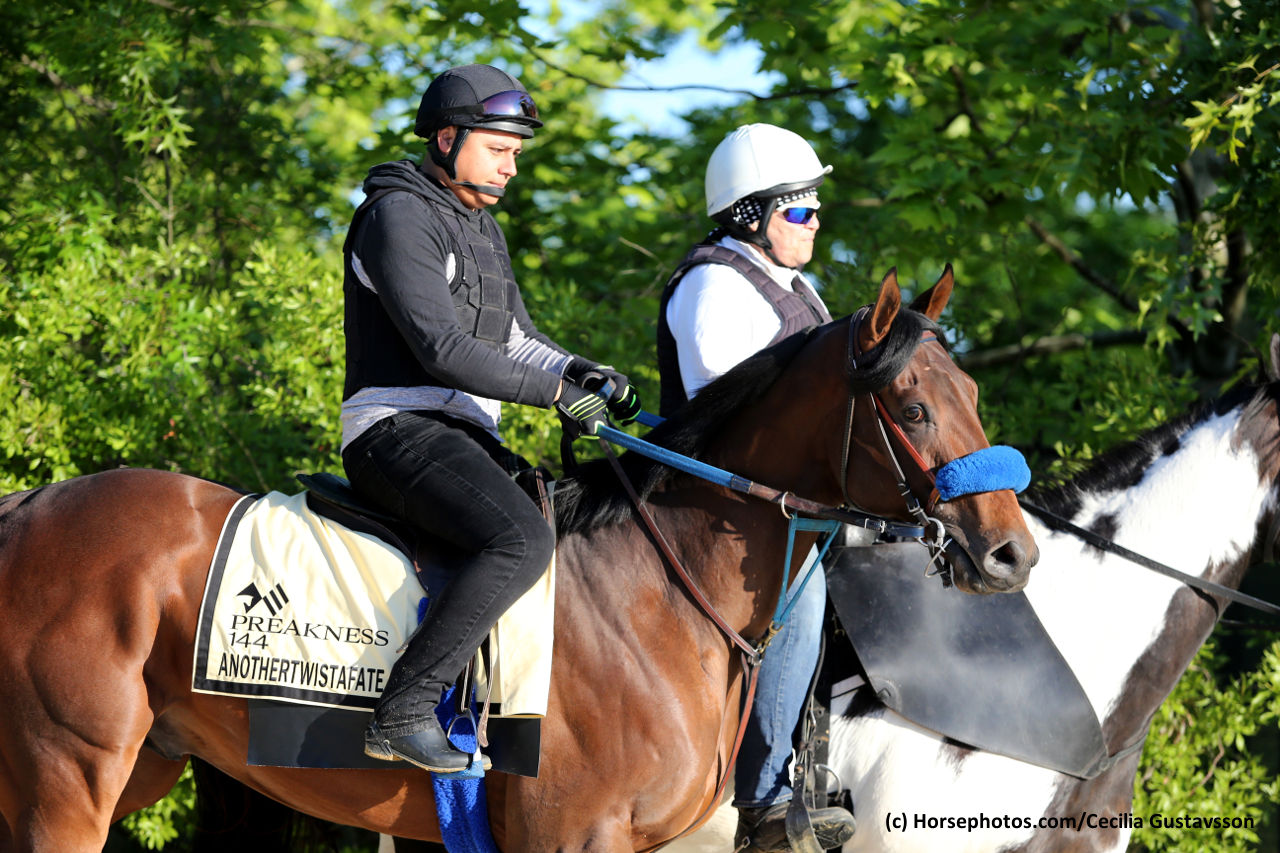 This son of the late Scat Daddy has been very sharp in five races in succession for trainer Blaine Wright. The Kentucky-bred enters off runner-up finishes in both the Sunland Derby (G3) and Lexington Stakes (G3) after encountering traffic problems in each event. He will be fit following a bullet six-furlong drill at Golden Gate Fields. 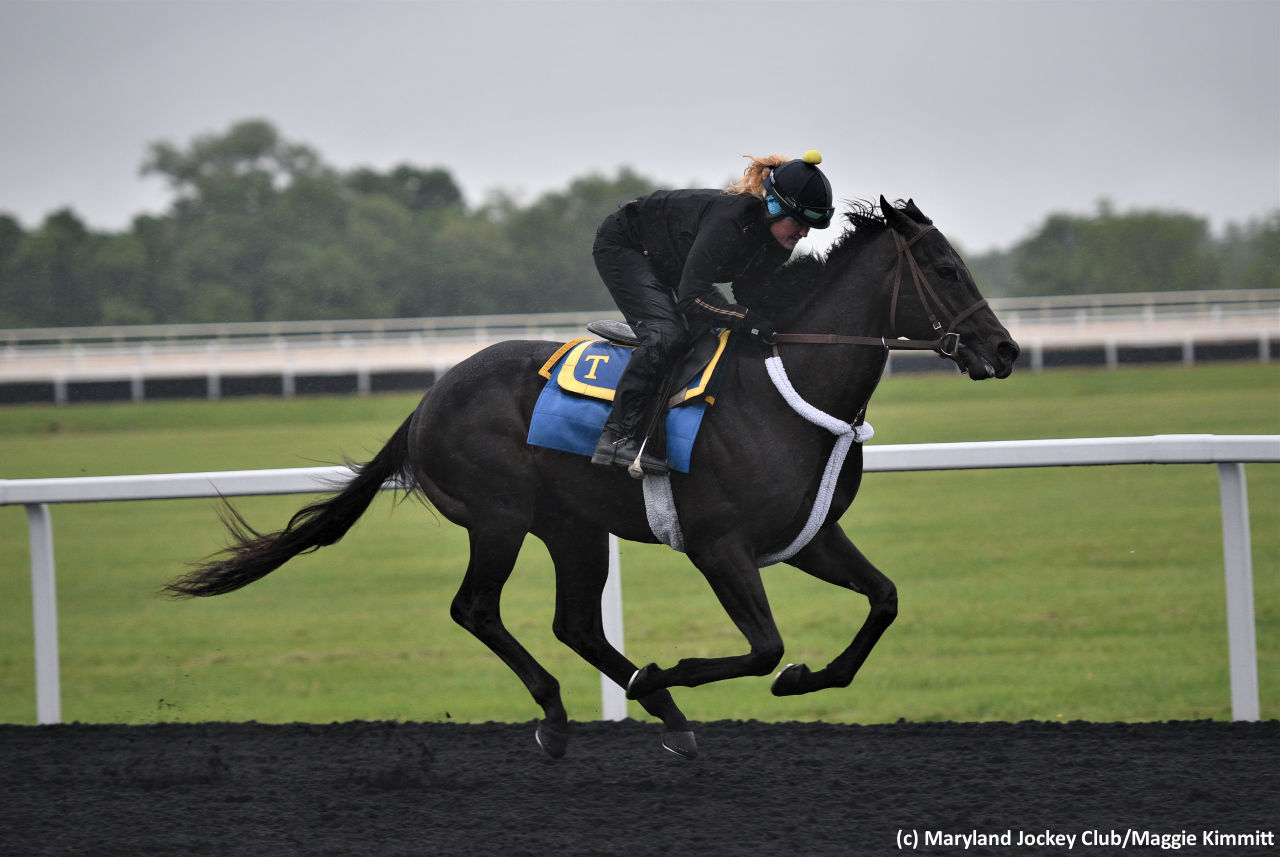 The Kentucky Derby (G1) ninth never made an impact at Churchill Downs following a poor break, but the stakes-winning colt finished with energy in the stretch. This sophomore has Maryland roots from his juvenile campaign and wouldn't need huge improvement to be a factor in the Preakness Stakes. The homebred is training well but was saddled with the widest post in the field. A swift and contested pace would aid the late runner.