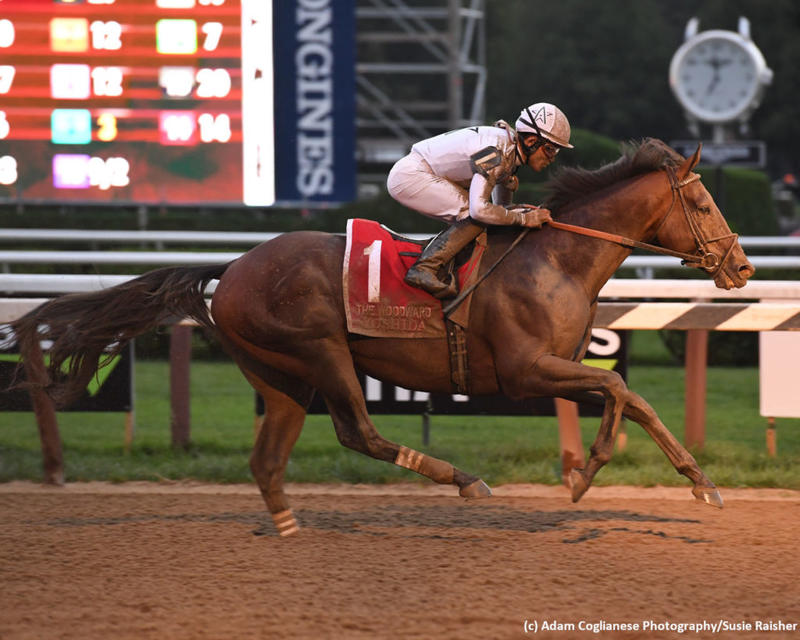 A field of nine will go postward in Saturday’s $750,000 Woodward Stakes (G1) at Saratoga . Defending champ and recent Whitney Stakes (G1) runner-up Yoshida leads the cast in the “Win & You’re In” contest, which offers a starting berth in the Breeders’ Cup Classic (G1) at Santa Anita on November 2 to the winner.

Potential pacesetter in the field rolls in off of a pair of dominant black-type wins including the Evan Shipman Stakes on this course most recently. Talented Empire State-bred has been victorious in six of his last eight outings, and the gelding will take them as far as he can on the lead with Jose Lezcano in the controls.

One of three in the field for Todd Pletcher, this four-year-old is winless from four races this campaign but continues to show improvement. The Red Oak homebred was a brave second in the Monmouth Park Cup (G3) in preparation of his return to The Spa. Four-year-old gelding could make the frame with another step forward in this spot.

Grade 1 hero ran well when third in the Whitney Stakes (G1), and the colt will have the blinkers removed for this assignment. Todd Pletcher pupil is classy and he looks to be heading into this race in fine fashion after a wicked bullet move on the surface most recently. The chestnut will track the pace and try to run them down inside the final furlong beneath regular rider John Velazquez.

Dark bay gelding should be as fit as any runner in the field making his ninth 2019 appearance. California invader was game when just missing third in the Pacific Classic (G1), and he has held up well while facing some of the best horses on the West Coast. Sneaky contender could be dangerous with any kind of improvement on Saturday, and he will have Luis Saez in the silks for the initial time.

Whitney (G1) fourth made his mark two prior when streaking home a very impressive winner of the Suburban Stakes (G2) at Belmont Park. Bay son of Arch tired when leading in his Saratoga debut most recently, but the lightly raced six-year-old will likely track the action early in this adventure. This obvious win contender shows a strong six-furlong morning drill on the Oklahoma training track last out.

Top-four contender was fifth in the Whitney and is eligible to move up in a second run at Saratoga. The Ohio-bred colt lands in a field where the pace might be swift and contested, which will set-up his solid late run. Four-year-old colt will be guided home by Anthony Salgado in his first mount of the meeting.

Japanese-bred is a Grade 1 winner on both turf and dirt, including an impressive win in this race in 2018. This classy five-year-old had a superb prep for the Woodward when a huge runner-up in the Whitney (G1), further proving his affinity for the Saratoga main strip. The Bill Mott pupil has trained well in the interim and will be the one to hold off inside the final furlong under Joel Rosario.

This half-brother to the legendary Rachel Alexandra ran arguably his best race to date when a clear second in the Alydar Stakes here on August 2. The four-year-old is a two-time winner in 2019 and is clearly a horse on the improve, as well. Kentucky-bred colt could capitalize if the pace is swift early on. Jose Ortiz inherits the mount atop the late runner.

Alydar Stakes victor loves this venue and moved his local mark to three-for-three following his stakes victory. Well-bred son of Smart Strike has put a trio of strong races together in succession, and the lightly raced six-year-old has as good of a chance as any in the field if he runs his best. The prime contender picks up Irad Ortiz Jr. for the ride. 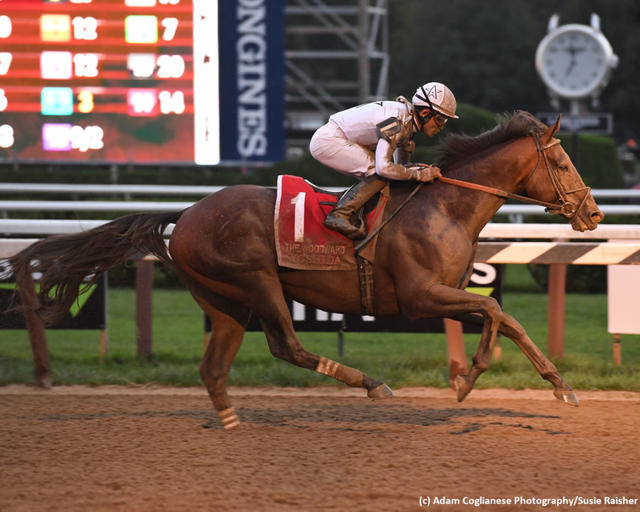