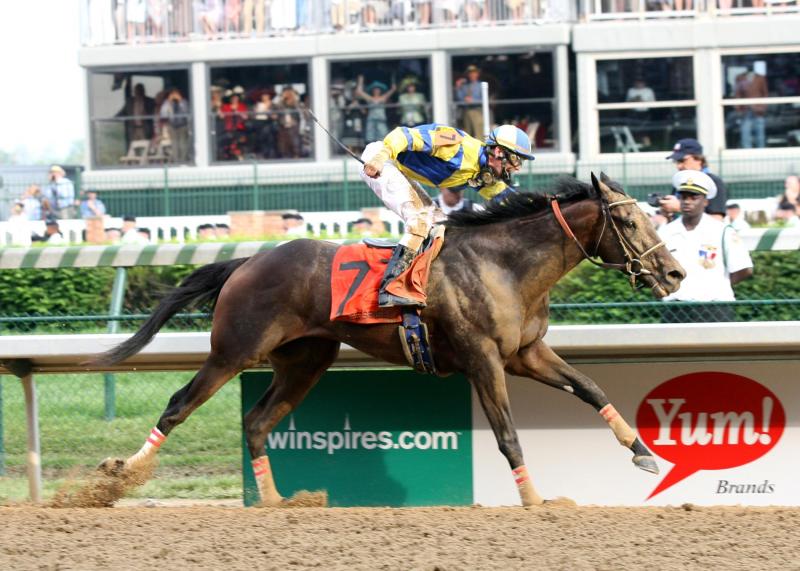 5) Isaac Murphy: The first jockey to record three victories in the Kentucky Derby was the great African-American rider Isaac Murphy, who was also the first jockey elected to the Racing Hall of Fame. He won 34.5 percent of his recorded mounts – though he thought it was closer to 44 percent, covering races not on the historical record. He had 11 mounts in the Derby, scoring victories aboard Buchanan in 1884, Riley (1890), and Kingman (1891), and also had one third-place finish.

4) Earl Sande: One of the most successful jockeys of the 1920s, Earl Sande rode in the Kentucky Derby eight times for three wins and two seconds. His first victory came aboard Zev in 1923, and he was back in the winner’s circle two years later with Flying Ebony. His greatest moment came five years later, when he guided Gallant Fox to not only the Derby, but the Triple Crown. Sande also won the Belmont Stakes five times and the Jockey Club Gold Cup five times, and was so revered that he was immortalized in prose by the poet Damon Runyon.

3) Bill Shoemaker: In a legendary career that spanned more than 50 years, Shoemaker had more rides in the Kentucky Derby – 26 – than any other jockey. He first won the Derby in 1955 aboard Swaps, and followed that with wins on Tomy Lee (1959), and Lucky Debonair (1965). He then had a 21-year gap before winning on Ferdinand in 1986, at the age of 54. He may have been a six-time Derby winner but for a couple of misjudgments: he dropped his hands before the winning post aboard Gallant Man in 1957, allowing Iron Liege to win, and in 1964 he had the option of riding Northern Dancer but chose runner-up Hill Rise instead.

2) Bill Hartack: The beneficiary of Shoemaker’s misjudgments on both occasions was Bill Hartack, who was aboard both Iron Liege and Northern Dancer. The Pennsylvania-born Hartack was a fantastic rider, whose achievements include being featured on the cover of Time magazine in 1958. He was also the first rider to top $3 million in season earnings. Along with Iron Liege (1957) and Northern Dancer (1964), Hartack won the Kentucky Derby on Venetian Way (1960), Decidedly (1962), and Majestic Prince (1969). He would also have ridden 1958 winner Tim Tam but for breaking his leg a week earlier.

1) Eddie Arcaro: Arcaro was known as “The Master”, and with good reason, topping the US earnings list for jockeys six times. Two of his five Kentucky Derby winners would go on to take the Triple Crown: Whirlaway (1941) and Citation (1948). He first won the Derby aboard Lawrin in 1938, and his other victories were aboard Hoop Jr. (1945) and Hill Gail (1952). Arcaro also recorded three second-place finishes and finished third twice. He is the most successful rider in Triple Crown races: in addition to his five Derby wins, he was a six-time winner of both the Preakness Stakes and Belmont Stakes. 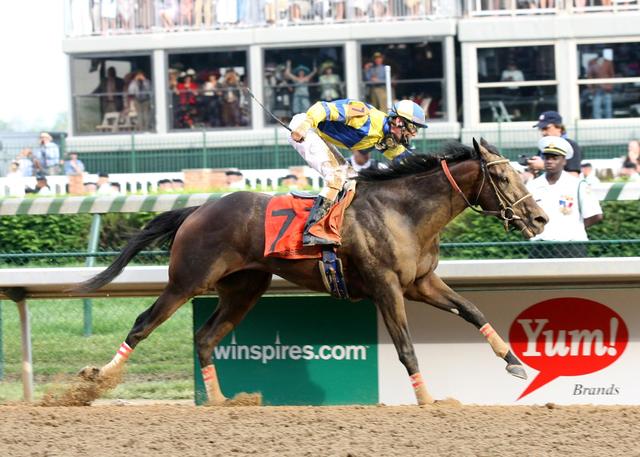