A lot on line in Belmont Stakes for Derby winner Nyquist

Kentucky Derby winner Nyquist is the leader of the three-year-old division, but that could change on June 11 at Belmont Park if Preakness winner Exaggerator wins the Belmont Stakes.

Of the 21 three-year-olds in the past 33 seasons to win at least two legs of the Triple Crown, 20 have been named champion three-year-old male. If Exaggerator joins that group as the first Preakness-Belmont winner since Afleet Alex then Nyquist would have an uphill climb toward regaining the top spot in the division.

There is good news for Nyquist supporters, though, considering four of the past five three-year-old male champions won the Kentucky Derby compared to three Preakness winners and only one Belmont winner (Triple Crown champion American Pharoah last year). So a win by anyone other than Exaggerator certainly keeps Nyquist on top.

In fact, before American Pharoah, it had been six years since a Belmont winner went on to win champion three-year-old male honors (Summer Bird in 2009), and in the 33-year period referenced before, the Belmont has produced only 9 champions—a far cry from the Derby’s 17 and the Preakness’s 21.

That’s not to say the Belmont winner can’t usurp Nyquist later in the year considering the only two horses to win both the Belmont and Breeders’ Cup Classic (A.P. Indy in 1992 and American Pharoah) not only were champions but also Horses of the Year.

Other Derby starters in the Belmont are Suddenbreakingnews (5 th), Destin (6th), Brody’s Cause (7th), Creator (13 th), and Trojan Nation (16th). The last Belmont winner to lose the Derby and skip the Preakness was Palace Malice in 2013 as one of six winners in the past 13 years to take that path.

But for Derby winner Nyquist and his connections, all eyes will be on Exaggerator. Their rivalry won’t be settled on the track this time, but Exaggerator is the only horse to defeat Nyquist, and his performance in the Belmont will certainly add another page to that rivalry. 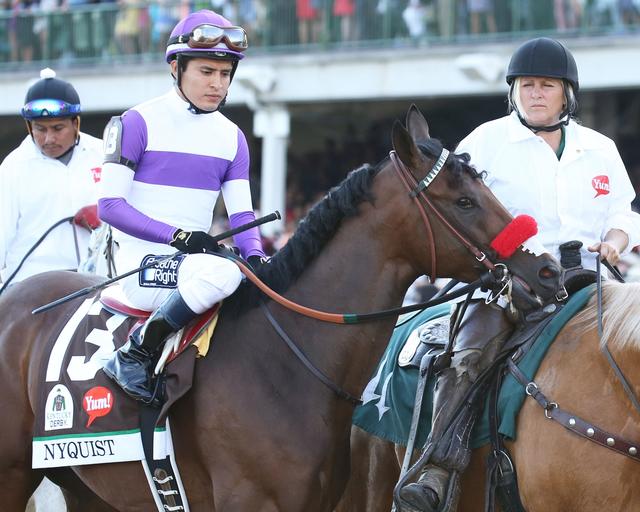