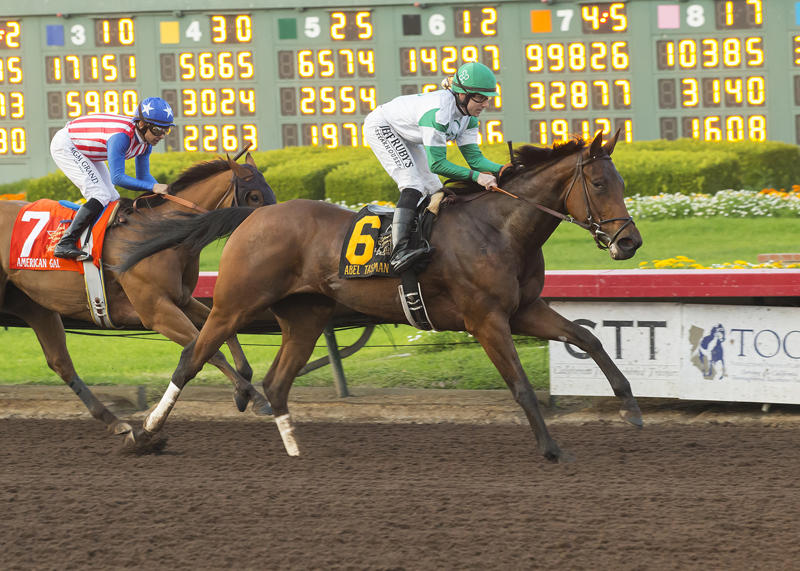 The Simon Callaghan pupil swung wide on the turn of the 1 1/16-mile contest as American Gal set her sights on pacesetter Tapped after fractions of :22.79, :46.78 and 1:10.81. The favorite took command in the stretch, but Abel Tasman came flying to easily collar her rival and stop the clock in 1:42.25 under jockey Joe Talamo.

Abel Tasman was making her stakes bow in this spot and earned 10 points to join the Kentucky Oaks Leaderboard in eighth spot. The Starlet was the final juvenile filly race of 2016 assigned points for next year’s Kentucky Oaks.

American Gal followed behind Abel Tasman in second by a length and moved to 11th on the leaderboard with four points added to bring her total to eight. The bay miss ran third in the Breeders’ Cup Juvenile Fillies (G1) before the Starlet.

Mopotism, the second longest shot in the nine-filly field at 33-1, finished third another 3 1/4 lengths back, good for two points and 22nd on the leaderboard. Tapped came in fourth and earned one point to take up the 27th position on the leaderboard.

Union Strike, Sandy’s Surprise, Berned, Fact of Life and Go On Mary completed the order under the wire.

The Kentucky-bred daughter of Quality Road is out of the Deputy Minister mare Vargas Girl, making her a half-sister to Grade 3 heroine Sky Girl. Vargas Girl is herself a half-sibling to Grade 1 winner Bevo and Grade 3 victress Moonlight Sonata, the latter of whom is the dam of Grade 2 scorers Wilburn and Beethoven. 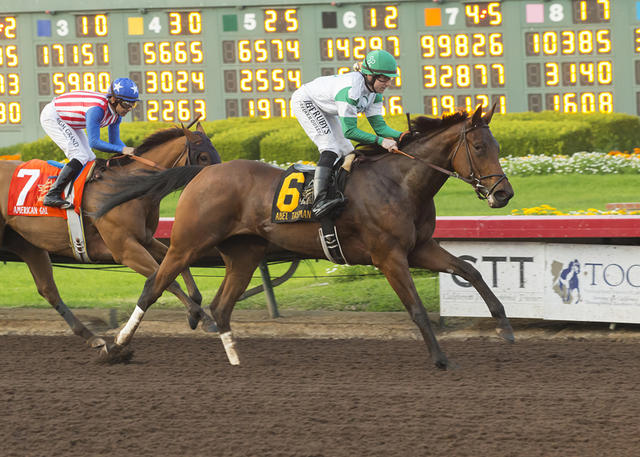