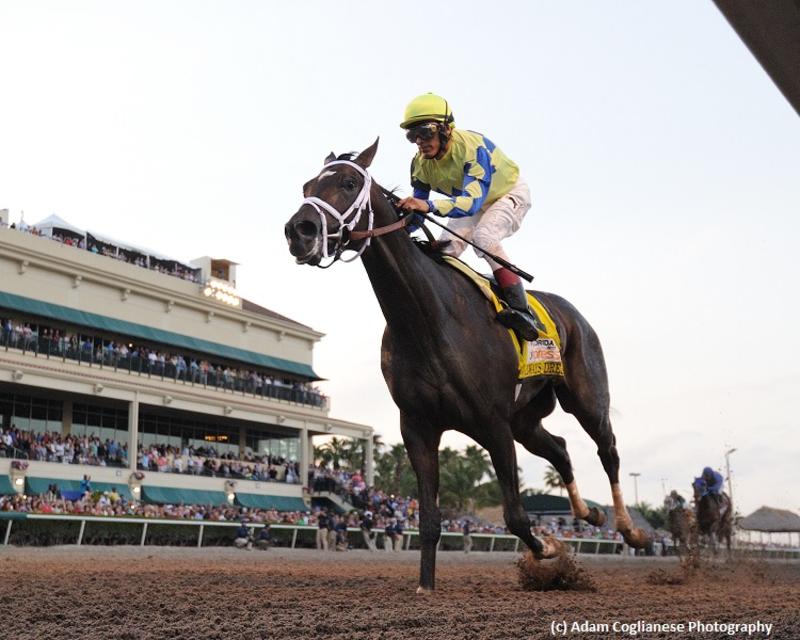 With a dazzling stakes debut in the Florida Derby (G1), Always Dreaming rose significantly in Kentucky Derby stature. The athletic colt drew off to a five-length victory, registering a 102 BRIS Speed rating that ranks among the best numbers this year, and established himself as one of the top betting choices on May 6.

And if major rivals fail to impress in upcoming prep races, Always Dreaming may wind up being the Kentucky Derby favorite.

After placing in a pair of starts last summer, Always Dreaming was transferred to Todd Pletcher. He returned from a lengthy layoff at Tampa Bay Downs in late January, breaking his maiden by 11 ½ lengths in his first two-turn attempt. Pletcher resisted any temptation to jump straight to a stakes race, bringing the son of 2012 Kentucky Derby runner-up Bodemeister back in a 1 1/8-mile entry-level allowance at Gulfstream on March 4, and the dark bay scored easily by four lengths.

Always Dreaming leisurely dictated the action on the front end in both romping wins, receiving lower Speed ratings as a result of extremely moderate early fractions, and faced a serious test against more accomplished foes in a speed-laden Florida Derby field.

He responded to the challenge in brilliant fashion, running the fastest Florida Derby (1:47.47) since Alydar in 1978.

“I think the whole program really helped today,” Pletcher sad. “We brought him along gradually, opted for the allowance race on Fountain of Youth day and I think all that paid off. The horse has been training exceptionally well and we were confident he was going to run as well as he’s capable of, and thankfully he did.”

Always Dreaming highlights a deep Pletcher roster that includes more than a handful of prospects with less than five weeks remaining until the first Saturday in May. John Velazquez rides several of them, including Southwest (G3) winner One Liner and Wood Memorial (G2)-bound Battalion Runner, but he 's likely committed to Always Dreaming, who may have more to offer in the Kentucky Derby. 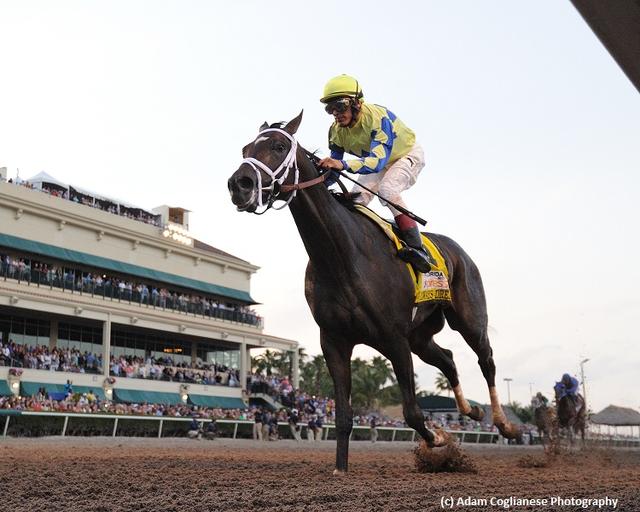