Alwaysmining streaks through Tesio into Preakness 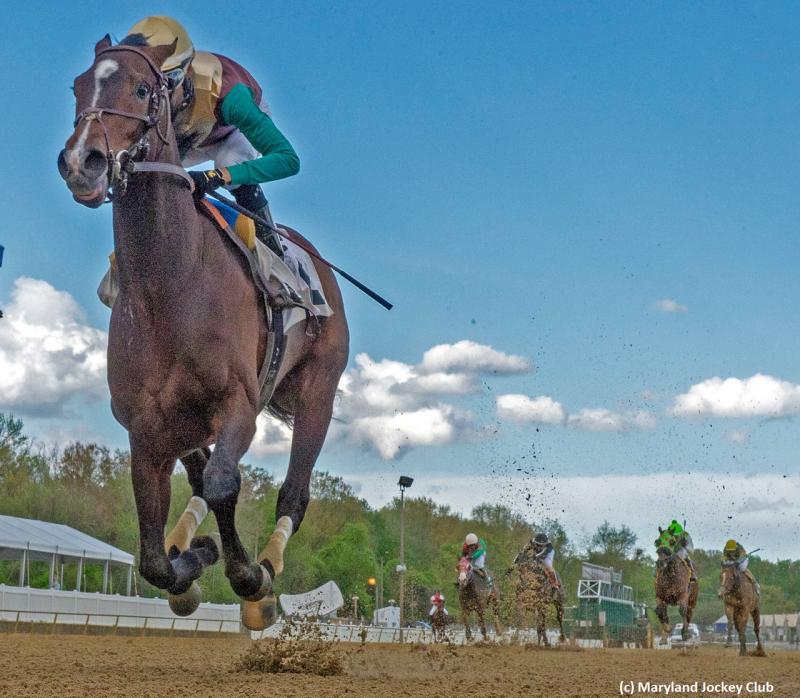 As the Kentucky Derby (G1) contenders are all gearing up for the first Saturday in May, Maryland-bred Alwaysmining has already stamped himself as the top local hope for the Preakness (G1). The Runnymede Racing colorbearer extended his winning streak to six in Saturday’s $123,750 Federico Tesio at Laurel, a “Win and You’re In” for the middle jewel of the Triple Crown.

Alwaysmining towered over the field as the 1-20 favorite against only four rivals. While his past five wins have come in front-running fashion, the Kelly Rubley pupil adjusted to stalking tactics here. It wasn’t by design. Regular rider Daniel Centeno explained that he was responding to the early aggressiveness on the part of Trifor Gold, the 46-1 longest shot on the board. Not only was that the right move here, but the tactical change-up also gave Alwaysmining good education ahead of a far stiffer competition in the Preakness.

Once the favorite began easing back, Bozzini hustled up to grab the lead from Trifor Gold. Alwaysmining monitored those two until the far turn, when he easily passed them both and opened up. Drawing off by 11 1/2 lengths, he negotiated 1 1/8 miles in 1:50.12.

“You just hate to get overconfident, but this is what I had expected to happen so I’m really glad it came true,” Rubley said.

“The plan was to try to make the lead,” Centeno said, “but I didn’t want to chase them, so I let them go. I decided to take him back and put him behind them. He was comfortable, nice and relaxed. I put him on the outside on the backstretch and when it was time to go, he took off.

“(The Preakness) will be a completely different game. I told Kelly, he’ll be completely relaxed. We don’t need to put him on the lead. We can do whatever we want with him.”

“Honestly I was glad to see that he settled and he was able to relax,” the trainer said of what she regards as his best performance so far.

“I think it is because we actually had a bit more of a challenge at the start of this race and I think that was good to see, that this horse is as versatile as we thought he is. He didn’t have a problem relaxing and then when it was time to go, he went.”

Trifor Gold, the only other Triple Crown nominee in the small field, was best of the rest. Bozzini held third, another two lengths back, and rounding out the order of finish were Dixie Drawl and Tybalt. Majid was scratched.

Alwaysmining’s winning skein includes five stakes, the Tesio preceded by the December 8 Maryland Juvenile Futurity; the December 29 Heft over Win Win Win, who’s in the Kentucky Derby after placings in the Tampa Bay Derby (G2) and Blue Grass (G2); the February 16 Miracle Wood, beating another Derby contender, Gray Magician, most recently runner-up in the UAE Derby (G2) on Dubai World Cup night; and the March 16 Private Terms in his two-turn debut. He’s now bankrolled $386,192 from an overall record of 12-7-0-1.

Bred by Avla Pitts in the Old Line State, Alwaysmining first sold for $32,000 as a newly turned yearling at Keeneland January. The dark bay later brought $130,000 from Jim McIngvale at the same venue’s September Sale. After breaking his maiden in his fourth try, he was privately acquired by Greg and Caroline Bentley’s Runnymede Racing. He dropped his first two starts for the Bentleys, but he’s unbeaten on the dirt since joining Rubley.

Alwaysmining is by multiple Grade 1-winning millionaire Stay Thirsty, perhaps best remembered for capturing the 2011 Travers (G1) and missing narrowly in the Belmont S. (G1). The gelding is out of the winning What Will Be, a daughter of 1999 Breeders’ Cup Juvenile (G1) champion Anees. 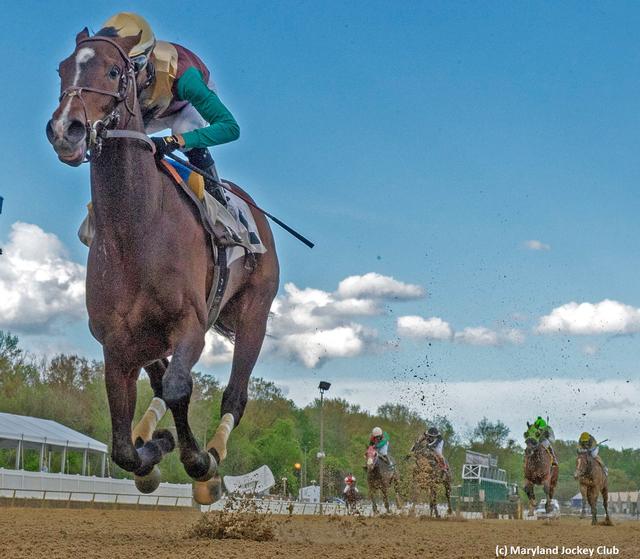