American Pharoah as a sire: Two winners already with eyes on Royal Ascot 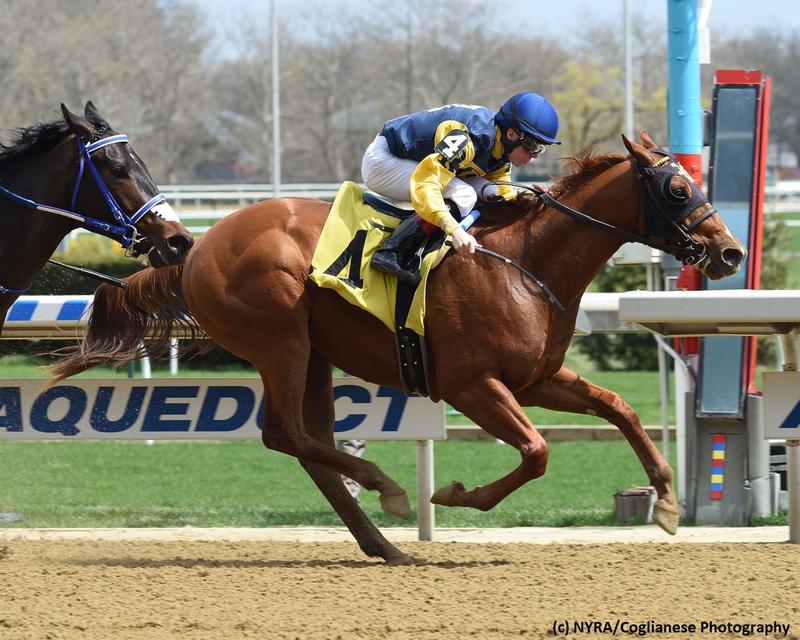 In the “time flies” department, it doesn’t feel that long ago that American Pharoah captured the Kentucky Derby (G1), romped in the Preakness (G1), and held sway in the Belmont (G1) to end the 37-year Triple Crown drought.

Retired to Coolmore’s Ashford Stud after going out on a high in the 2015 Breeders’ Cup Classic (G1), the Horse of the Year stood his first season in 2016. His first foals were born in 2017, so as two-year-olds, the more precocious sorts have already started racing. And his first winners are shaping up as worthy players at next month’s prestigious meeting at Royal Ascot.

Indeed, American Pharoah’s very first starter was an impressive winner – on the turf in Ireland. Trained by the preternatural horseman Aidan O’Brien, Monarch of Egypt was bet down to odds-on favoritism in his April 13 unveiling at Naas. He shadowed the leader, turned on the high speed of his sire, and pulled right clear in the five-furlong dash.

Monarch of Egypt was bred in Kentucky by Ran-Jan Racing and sold to the partnership of Peter Brant and Coolmore for $750,000 as a yearling at Keeneland September. He inherits turf prowess from his dam, the Group 2-winning and classic-placed Galileo mare Up, who was herself trained by O’Brien.

But American Pharoah’s pedigree itself is laced with turf influences, and his Hall of Fame trainer, Bob Baffert, had reportedly said he would have been interesting on the turf. Obviously there was no compelling reason to go that route in his case. Still, it’s worth recalling his judgment now.

The Coolmore empire is certainly betting that “Pharoah” will become an elite sire on all surfaces. That’s why he’s shuttled to Australia for the Southern Hemisphere breeding season as well, and the preliminary indications from his Northern Hemisphere foals on turf would make him an even hotter commodity Down Under.

American Pharoah’s first North American winner, Maven, came on the dirt at Aqueduct April 19 for Wesley Ward. The 2-5 favorite in a 4 1/2-furlong maiden, the chestnut went straight to the lead and prevailed by a half-length.

Bred by Ward and owned by Richard Ravin, Maven is out of the multiple stakes-winning turf sprinter Richies Party Girl. Ward believes that his future lies on turf, nominating the June 20 Norfolk (G2) at Royal Ascot as an objective.

“We’ll run him in the Norfolk at Royal Ascot,” his breeder/trainer said, “and hopefully we can put American Pharoah on the big scale as a sire.”

Monarch of Egypt has also been mentioned as a potential Royal Ascot type by O’Brien, who’s given him an early entry in Monday’s First Flier S. at the Curragh. O’Brien made another American Pharoah colt, the unraced South Saqqara , eligible for that five-furlong stakes. (And a third could be in the mix for a maiden on the same card.) Final declarations won’t be revealed until the weekend, so we’ll know more at that point how many Pharoahs will actually run.

American Pharoah has had three additional U.S. runners, two of them placed. Ward’s Tesorina looked home free at Aqueduct April 17 before tiring late and finishing third. Stablemate Lady Delaware , who was scratched that day, made her debut in the 1ST race on Thursday’s card (“Thurby”) at Churchill Downs. Fading down the stretch on the sloppy track, she wound up sixth. Shortly afterward, American Pharoah had another firster hit the board when the Todd Pletcher-trained Sweet Melania placed third in Belmont Park’s Thursday opener.

For more on American Pharoah’s first crop , see the Brisnet.com coverage with periodic updates as the juveniles are named (or renamed). The next round-up of names is forthcoming! 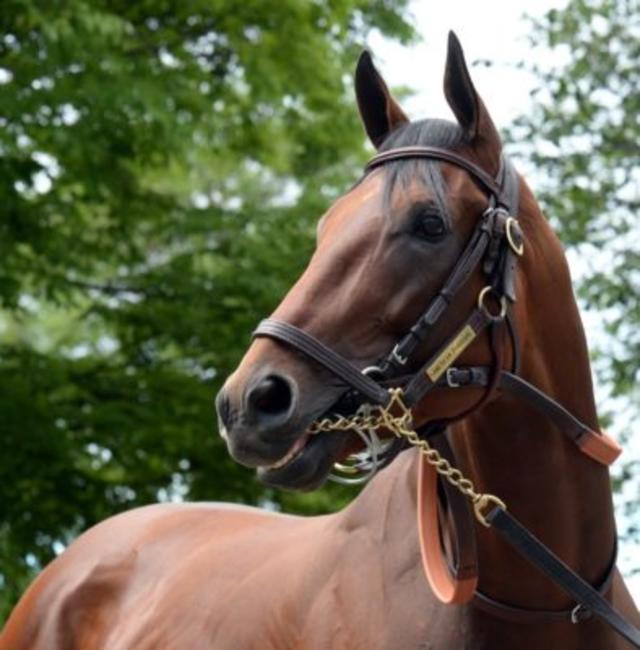