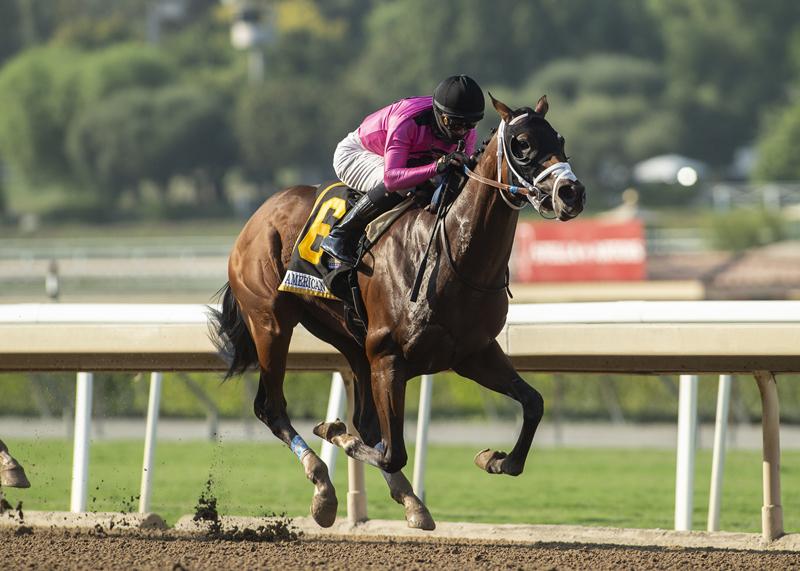 Get Her Number wins the 2020 American Pharoah S. (G1) at Santa Anita (Photo by Benoit Photo)
GET HER NUMBER FLAVIEN PRAT

In the seven-horse American Pharoah, Corniche and Rockefeller are eligible to be 1-2 in the wagering following impressive maiden wins, and Baffert will also send out Flying Drummer, a $850,000 son of top freshman sire Gun Runner who has finished second in both starts.

A convincing winner of the Best Pal S. (G2), Pappacap will try to rebound after a fourth in the Sept. 6 Del Mar Futurity (G1). Mark Casse trains the Gun Runner colt, and Joe Bravo will retain the mount.

After finishing second at 38-1 in the Del Mar Futurity, Finneus is also back for the American Pharoah. Tiago Pereira will be up for Walther Solis. Joker Boy will try open rivals after remaining unbeaten in the Sept. 4 I’m Smokin S. for California-breds, and last-out maiden winner Oviatt Class rounds out the field.

Seven fillies are set for the Chandelier, and Grace Adler will take some beating following an 11-length romp in the Sept. 5 Del Mar Debutante (G1). Flavien Prat rides the daughter of Curlin for Baffert, who will also Censorship, winless from three attempts.

Debutante runner-up Dance to the Music will also return, as well as Sorrento (G2) winner Elm Drive, who will look to show more after failing to fire last time.

Electric Ride will try to make an impact after a sharp debut win at Del Mar, netting a 90 Brisnet Speed rating for the 8 1/2-length decision. Bravo sticks with the Daredevil filly for John Sadler. Phil D’Amato will be represented by last-out maiden scorers Ain’t Easy and Desert Dawn. 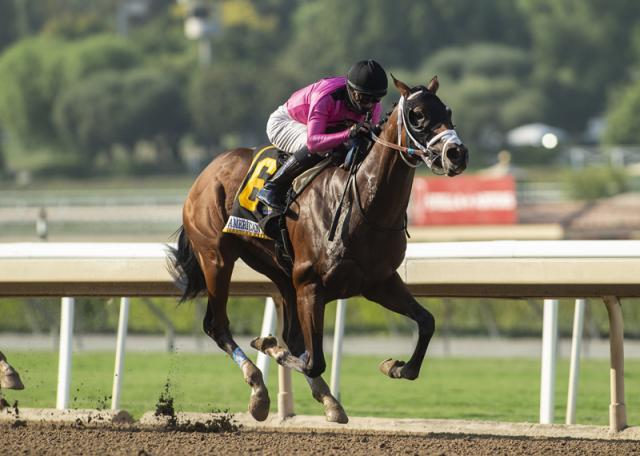