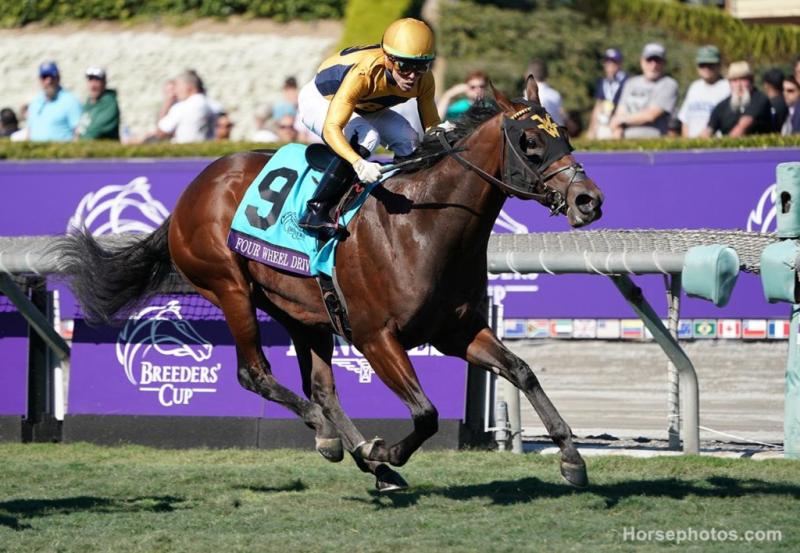 Triple Crown winner American Pharoah has gotten off to a fantastic start at stud, with his first crop propelling him to the top of the 2019 freshman sire earnings list.

The 2015 Horse of the Year sent out 27 winners, and his progeny collectively amassed more than $2.7 million in 2019 according to the Blood-Horse statistics (or in excess of $2.8 million if you use the Thoroughbred Daily News tabulation). Not only was that bankroll the best of any first-crop sire in North America and Europe, but American Pharoah also finished second on the list of all sires with 2-year-old runners. The established Into Mischief, who reigned as North America’s overall champion sire of 2019, was the only one with higher 2-year-old progeny earnings.


Three others won stakes, also on turf. Maven, a stablemate of Four Wheel Drive from the Wesley Ward barn, ventured to France to capture last summer’s Prix du Bois (G3) and become their sire’s first stakes winner. Another Miracle, winner of the Skidmore S. at Saratoga, was third to Four Wheel Drive in the Juvenile Turf Sprint. Sweet Melania dominated the Jessamine (G2) at Keeneland on her way to a third in the Breeders’ Cup Juvenile Fillies Turf (G1), ensuring that all of the American Pharoah progeny hit the board on “Future Stars Friday.”

Aside from the four stakes scorers, American Pharoah was responsible for seven who placed in stakes last term including a pair at the top level. The Aidan O’Brien-trained Monarch of Egypt , his sire’s first winner, went on to finish second in both the Railway (G2) and Phoenix (G1) in Ireland. American Theorem was runner-up in the American Pharoah (G1) at Santa Anita , but like his sire, had a setback that ruled him out of the Breeders’ Cup Juvenile (G1).

Skygaze appeared to give “Pharoah” his fifth stakes winner in the Mazarine (G3) on Woodbine’s Tapeta, but she was disqualified for interference and placed third. Homeland came close in another respect, missing by a head in the grassy Central Park at Aqueduct.

The most perfect debut! Princesa Caroline, by American Pharoah and a half-sister to the great Lady Eli, wins first time-out under @jjcjockey for Chad Brown at @theNYRA… pic.twitter.com/E9qNQZl21W

On New Year’s Day, Prince of Pharoahs dead-heated for second in the Jerome behind exciting Kentucky Derby (G1) hopeful Independence Hall. That makes him the eighth stakes-placer, and 12th black-type performer, for American Pharoah, but a day after the books closed for 2019. Another runner to increase Pharoah’s totals in early 2020 is Phast Pharoah. By breaking his maiden in a Santa Anita turf sprint on Jan. 4, in his sixth attempt, he became the 28th winner.

While the Pharoah progeny have made a splash especially on turf in the U.S. and Europe, his dirt runners have come to the fore in Japan, all at distances of a mile or beyond. Two were impressive front-running winners in newcomers’ events in December – Cafe Pharoah romped by 10 going about nine furlongs at Nakayama, and A Shin Amen Ra rolled by seven over the same trip at Hanshin. Both would be logical candidates for the Japan Road to the Kentucky Derby.

Now 7 runners for 5 winners for American Pharoah in Japan.pic.twitter.com/68rXD4v9he

2yo colt 4. A SHIN AMEN RA US (American Pharoah x I O Ireland (Giant’s Causeway)) won the 2yo 1800m Newcomers at Hanshin impressivelypic.twitter.com/bf7zsRJ10D

Pharoah has already had two try a Japanese scoring race, the Nov. 23 Cattleya Sho at Tokyo. Danon Pharaoh finished a creditable fifth off short rest from his Tokyo maiden win, and the filly Clepat tired to 15th. Just a couple of weeks before the Cattleya Sho, Nile River scored in a newcomers’ race at the same track and metric mile trip.

Turning to the European classic scene, Ocean Atlantique rates a smart prospect for Andre Fabre. The €1.1-million Arqana May topper moved forward from a second on debut to crush a Saint-Cloud maiden by eight lengths. He’s owned by the Coolmore principals Mrs. John Magnier, Michael Tabor, and Derrick Smith, who predictably have other Pharoah progeny in O’Brien’s care. Aside from Monarch of Egypt (campaigned in partnership with Peter Brant), their $1 million Keeneland buy Hong Kong finally broke his maiden with blinkers on at Naas, but finished the season with a seventh in the Horris Hill (G3).

A few of Pharoah’s U.S. winners have likewise competed in stakes company without making the frame. Saratoga maiden winner American Butterfly was notably fourth in the Hopeful (G1) and sixth in the Breeders’ Futurity (G1). Royal Act, successful in his unveiling on the Del Mar turf, checked in fifth in the Eddie Logan. Turf sprinter Turned Aside rebounded from a seventh in the Atlantic Beach to land an entry-level allowance at Aqueduct.

Of those winners yet to try a stakes, Harvey’s Lil Goil bears close watching following her six-length graduation Dec. 12 on the Aqueduct dirt. With her dam being a half to 2012 Derby and Preakness (G1) champion I’ll Have Another, Harvey’s Lil Goil could be the type to advance on the Kentucky Oaks (G1) trail. So might Speedy Vanessa , who prevailed as the odds-on favorite in a Tampa Bay maiden Dec. 26.

25th winner for American Pharoah as Harvey’s Lil Goil breaks her maiden when switched to the main track for Bill Mott & owner/breeder the Estate Of Harvey Clarke! Congratulations to all connections! #CoolmoreSires #HomeOfChampions https://t.co/hXZtt5Gp5p

Speedy Vanessa’s stablemate from the Graham Motion barn, King of Egypt, hasn’t returned since his debut victory in a Laurel turf sprint last August. Two other Pharoah daughters have won on dirt and most recently finished third in a Churchill Downs allowance, Emily’s Oasis and American Legend.

Thus the ledger for American Pharoah’s 2-year-olds spans dirt, turf, and synthetic surfaces, from North America and Europe to Japan. Considering how Pharoah himself progressed from his juvenile campaign to an historic run at three, the best is likely yet to come.

That was the case for another Triple Crown winner who ranked as the leading freshman sire of his year - Seattle Slew. Here's wishing that the early success of American Pharoah is a similar harbinger. 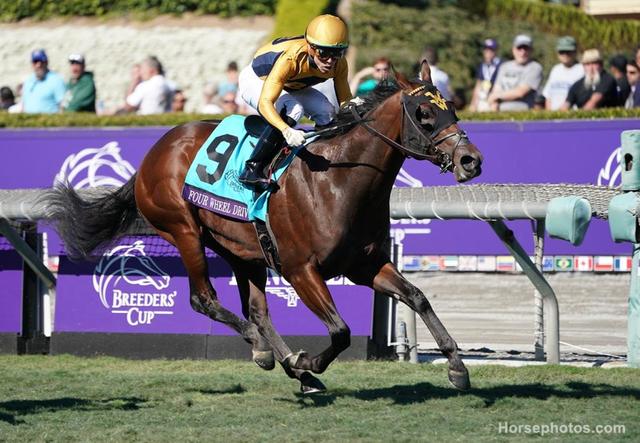