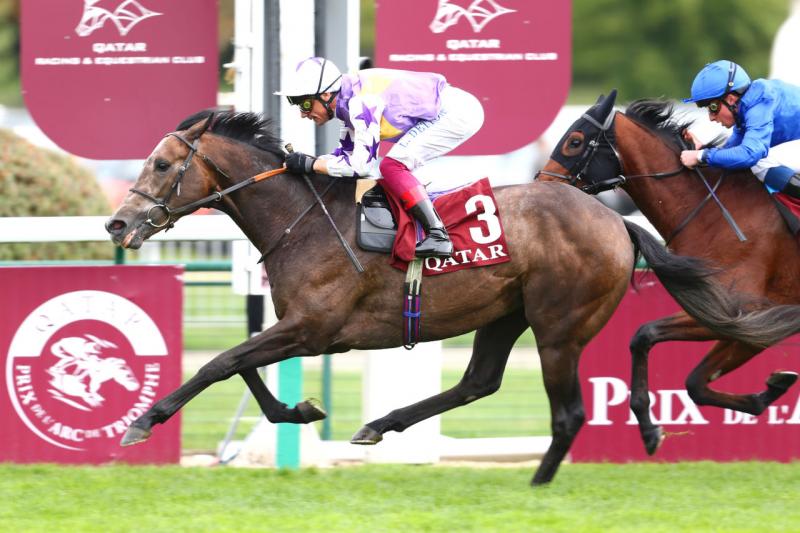 Marc Chan’s Angel Bleu thrived on the heavy going at ParisLongchamp to score a new career high in Sunday’s Prix Jean-Luc Lagardere (G1) on Arc Day. Ridden by Frankie Dettori, the Ralph Beckett pupil reeled in longtime leader Noble Truth and edged away by three-quarters of a length.

Noble Truth, from the in-form yard of Godolphin trainer Charlie Appleby, nearly pulled off a wire job. Grabbing the early lead from a rank Ebro River, Noble Truth had most of the field straining in pursuit by the stretch.
But Angel Bleu, who had been reserved about midpack on the rail, steadily advanced into contention. Once angled out by Dettori, the 11-2 chance outstayed Noble Truth to complete the about seven-furlong slog in 1:24.57.
Favored Ancient Rome found his best stride belatedly to get up for third, another three-quarters of a length adrift, and the filly Accakaba was just a neck away in fourth. Next came The Wizard of Eye, Stone Age, Rocchigiani, Ebro River, and Arnis Master.
While the Lagardere offers points on the 10-4-2-1 scale on the European Road to the Kentucky Derby, it’s doubtful that any of the top four would contemplate dirt at Churchill Downs. More of a possibility is that Angel Bleu could take up the free ticket to the Breeders’ Cup Juvenile Turf (G1), with the Lagardere being a “Win and You’re In.”
Angel Bleu was freshened after his victory in the July 27 Vintage (G2) on soft ground at Glorious Goodwood. The youngster had been busy through the spring and early summer. A winner at Salisbury and Pontefract, he threw in his only unplaced effort in the Coventry (G2) at Royal Ascot. Angel Bleu turned in a more characteristic performance back at Ascot when second in the Pat Eddery S., and he’s now won two straight to improve his record to 7-4-1-1.
Bred by Pan Sutong Racing Bloodstock in France, Angel Bleu is by Dark Angel and out of the Galileo mare Cercle de la Vie. His dam is a full sister to globetrotting star Highland Reel, hero of the 2016 Breeders’ Cup Turf (G1) during his prolific career. 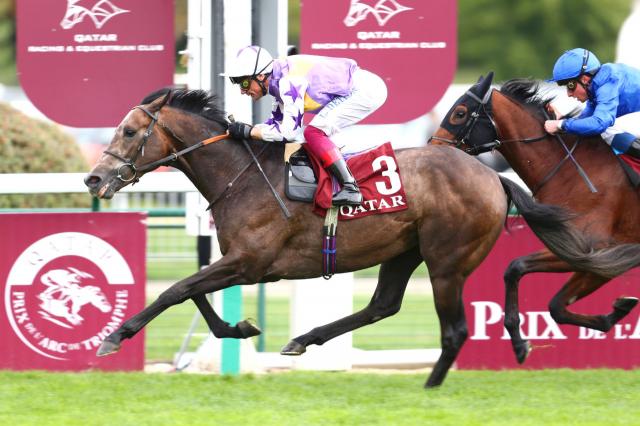