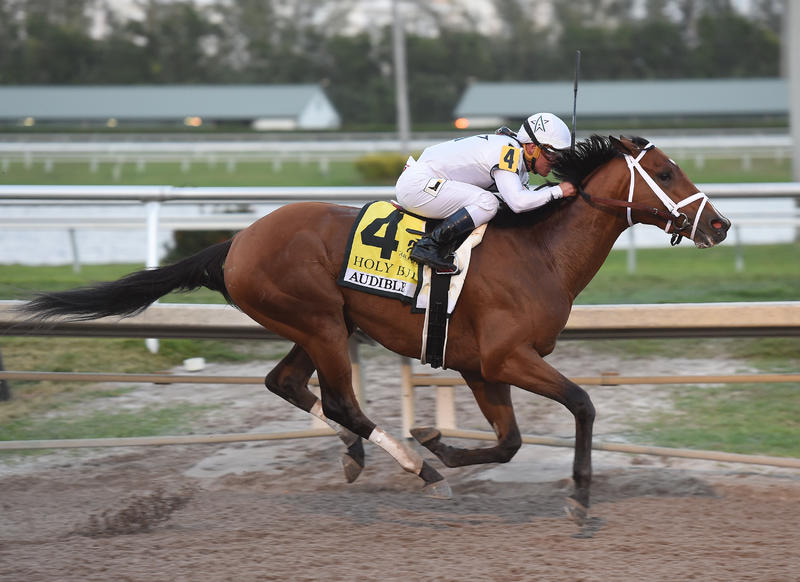 Audible was heard loud and clear in Saturday's $350,000 Holy Bull (G2) at Gulfstream Park, turning back a stretch challenge from Free Drop Billy and coasting home an easy winner under Javier Castellano.

The top four earned Kentucky Derby (G1) qualifying points of 10-4-2-1, respectively. Audible entered the Derby leaderboard of the first time with the 10-point score, while, the next three -- Free Drop Billy (14), Tiz Mischief (6), and Enticed (13)-- added to their prior totals.

Audible faced New York-breds in his first two starts, finishing third in his debut before taking his second start at Aqueduct over a mile. He won over that same trip in an off-the-turf allowance by nearly 10 lengths in early December. He's now earned $287,720.

"We felt like he wanted more ground and he kind of showed that in his first race when he didn't get away real quickly and retreated when the dirt hit him in the face and then rallied with a pretty strong effort," trainer Todd Pletcher said. "Then he came back and won two pretty impressive races after that, so we felt like more distance was definitely what he was looking for.

"I think the question now is do you run him two more times or one more time and we'll let him tell us kind of how he bounces out of this."

By Into Mischief, Audible is out of Blue Devil Bel, a Gilded Time half-sister to multiple stakes winner Akilina. His fourth dam was the multiple Grade 1 winner Classy Cathy. 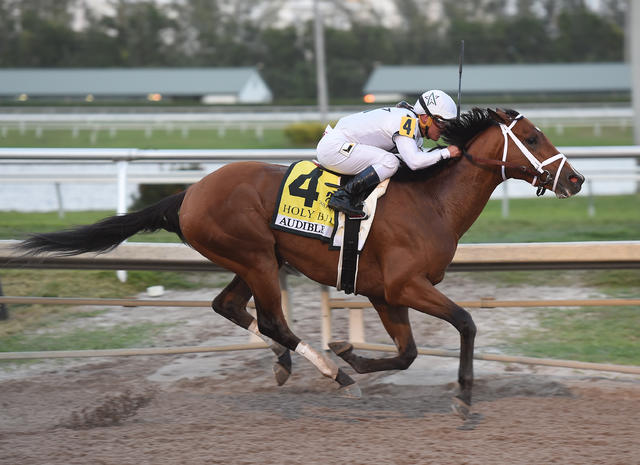