Churchill Downs' Spring Meet comes to a close Saturday with the $100,000 Bashford Manor (G3), a six-furlong race for juveniles, being the night's feature.

Named for a neighborhood in Louisville, which in the late 19th and early 20th centuries was farmland on which Kentucky Derby winners Azra (1892), Lookout (1893), and Sir Huon (1906) were raised, the Bashford Manor is one of Churchill's oldest stakes. It's been held annually without interruption since 1902.

As could be surmised, the Bashford Manor's impact on the Kentucky Derby was rather strong in the early years of the race's history, when transporting horses from one area of the country to another was not always easy and the Derby generally had a strong local flavor.

Inducted just last year into the Hall of Fame was Billy Kelly, the 1918 Bashford Manor winner who was among the favorites in the following year's Derby. Unfortunately for Billy Kelly, he wound up losing by five lengths to his maiden entrymate Sir Barton, who famously added the Preakness and Belmont Stakes to his trophy collection in becoming the sport's first Triple Crown winner.

Historically run early in the spring and not as lucrative as other juvenile stakes around the country, the Bashford Manor has generally had a limited impact on the Kentucky Derby for much of its history. However, plenty of good horses have won it in the intervening years.

Swoon's Son won the 1955 renewal, and while he didn't contest the next year's Derby, he later added the 1956 Clark Handicap and 1957 Churchill Downs Handicap to his list of 22 career stakes wins, an achievement that was rewarded with induction into the Hall of Fame.

The Bashford Manor enjoyed a tremendous run in the late 1980s through the mid-1990s. Summer Squall (1989) won the Bashford Manor en route to a perfect season at two, and later finished second in the Derby and first in the Preakness.

The last Derby winner to run in the Bashford Manor was Grindstone, who finished fourth in the 1995 renewal. The following year, Boston Harbor won Churchill's oldest stakes for two-year-old males on his way to divisional honors, while Favorite Trick did the same in 1997 and was also voted Horse of the Year.

While the odds might generally be against the precocious juveniles running in Saturday's renewal of the Bashford Manor making an impact on the 2017 Derby, history suggests it would be no surprise if one or more achieves another degree of success down the road. 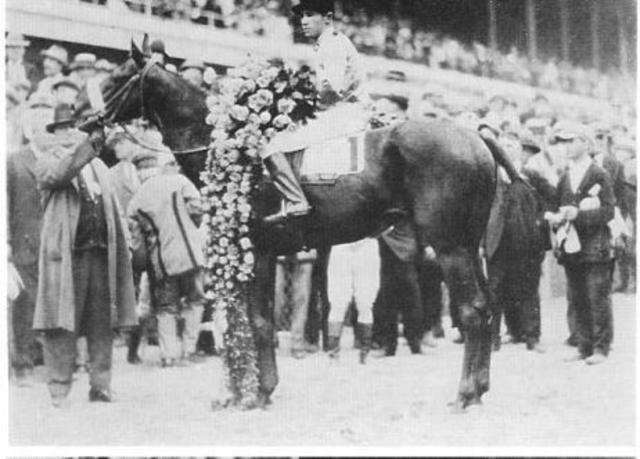