Bast vaults to top of Oaks leaderboard in Santa Ynez 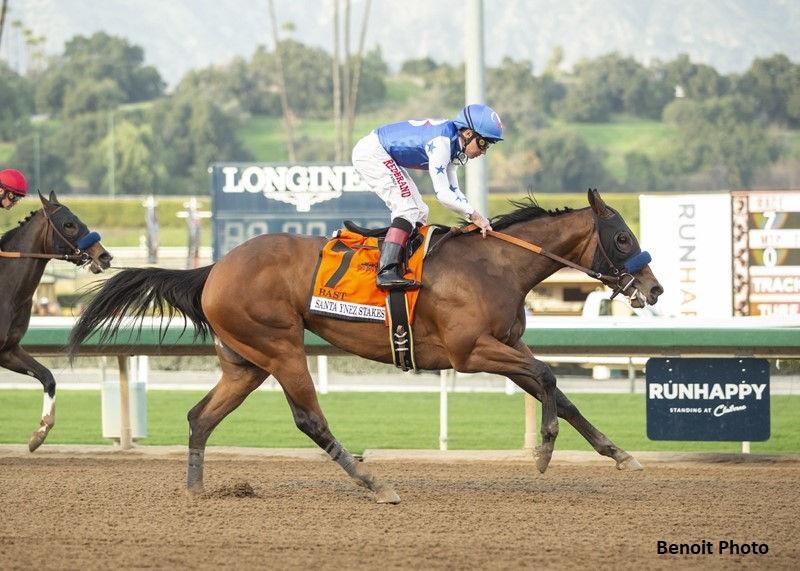 Trained by Hall of Famer Bob Baffert, who also sent out runner-up Auberge and third-placer Golden Principal, Bast added 10 more Oaks points and brought up her total to 34. In the process, she relegated Breeders’ Cup Juvenile Fillies (G1) winner British Idiom to second on the leaderboard with 30 points.

Bast earned her prior points with gritty victories in the Chandelier (G1) and Starlet (G1) as well as a third in the Breeders’ Cup. She’d also broken her maiden over the summer in the Del Mar Debutante (G1), before the Oaks points races began. That resume made her the one to beat here against a short field.

For much of the 7-furlong affair, though, her Baffert stablemates appeared to have the upper hand. Auberge hustled up on the rail to set the pace, pressed by Golden Principal who accosted her turning for home. At the same time, the chasing Bast was under urging from Drayden Van Dyke. The favorite looked slightly flat-footed after running over longer in her past three, while Auberge and Golden Principal were quicker coming off sprint maiden wins.

As Auberge repelled the short-lived bid from Golden Principal, Bast finally began to gain traction. Her stamina kicked in during the last sixteenth, and Bast powered away by 1 3/4 lengths in 1:23.42. 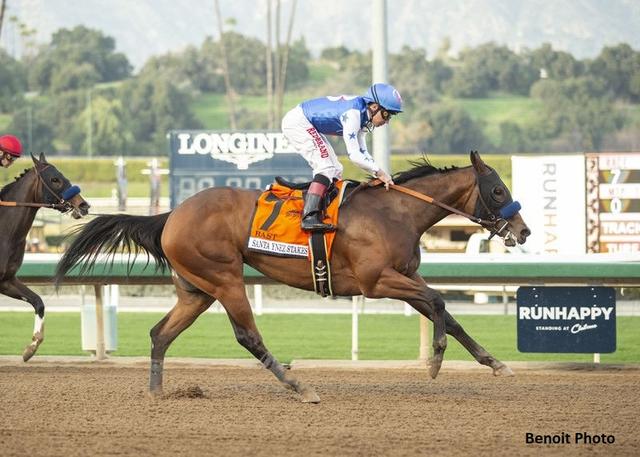