Bellafina back to brilliant best in Santa Ynez 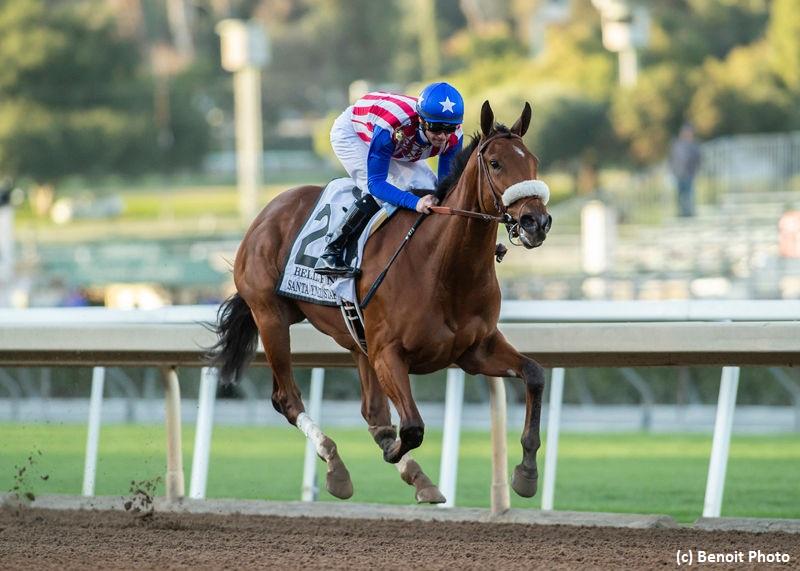 Kaleem Shah’s Bellafina is back. Turning the page on her subpar effort in the Breeders’ Cup Juvenile Fillies (G1), the Simon Callaghan trainee romped in Sunday’s $200,000 Santa Ynez S. (G2) by 8 1/2 lengths. That’s almost as many as the number of points (10) she added to her total toward the Kentucky Oaks (G1).

The real Bellafina was on display here, the budding star who’d crushed last year’s Chandelier (G1), Del Mar Debutante (G1), and Sorrento (G2). Her hat trick of graded wins, by a combined total of 15 lengths, made her the 9-5 favorite in the Breeders’ Cup Juvenile Fillies. But we did not see the real Bellafina at Churchill Downs, where she wound up a well-beaten fourth to Jaywalk.

Bettors kept faith with Bellafina in her Sunday comeback, sending her off as the 2-5 choice in a five-horse field, and she delivered. Although not quick into stride, the strapping daughter of Quality Road soon advanced to track the Bob Baffert-trained Mother Mother. The two raced alongside rounding the far turn, but Bellafina was going much the better, and she kicked clear swinging for home.

With jockey Flavien Prat enjoying an armchair ride, Bellafina widened her advantage down the stretch. She appeared to be no more than coasting as she finished seven furlongs in 1:22.00.

Bellafina sports 22 Oaks points, reflecting her 10-point scores in both the Santa Ynez and Chandelier, plus 2 points from the Breeders’ Cup. She ranks third on the leaderboard to Jaywalk and Restless Rider.

Mother Mother, second in the Del Mar Debutante, was an even more distant runner-up this time. She added 4 points, to the 2 from her Starlet (G1) third, for a total of 6. Tomlin rallied for third here and opened her account with 2 points. Fourth-placer Reflect earned 1 point, and with her previous 4 as the Alcibiades (G1) runner-up, her total stands at 5.

An $800,000 two-year-old purchase at Fasig-Tipton's Gulfstream Sale, Bellafina has bankrolled $708,000 from her 6-4-1-0 record. The Kentucky Oaks contender is worth a lot more than that now. 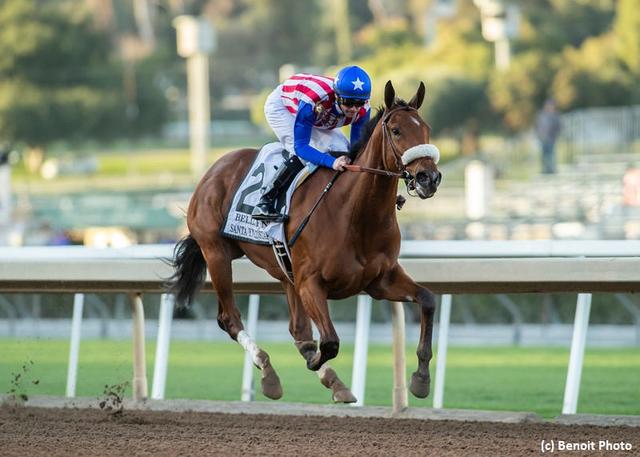