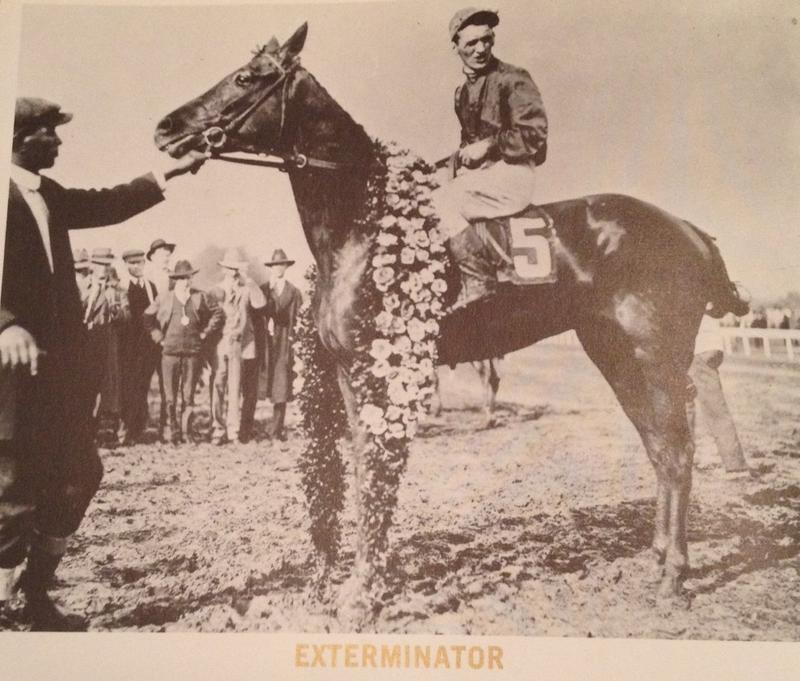 If you were to ask racing scribes to identify the best winners of the Kentucky Derby, the same names would dominate the short list.

But what if you changed the formula and asked for the best Kentucky Derby winner whose name begins with A, B, C, and so on? Now the picture gets a little more idiosyncratic.

Not only do you cast a wider net, and have an opportunity to showcase lesser-known winners, but you’re also forcing some brutal choices for the more popular letters. There’s no being diplomatic and including both Seattle Slew and Secretariat, Citation and Count Fleet, etc. Pick one and only one for each letter of the alphabet!

Here’s my version of the best Kentucky Derby winners, from A-Z:

Affirmed (1978) had to keep defeating another future Hall of Famer, Alydar, to sweep the Triple Crown, and came back to reign as Horse of the Year again at four.

Ben Brush (1896) showed courage befitting a Hall of Famer to win by a nose after a bad stumble at the start, and protracted stretch battle, while bleeding from his rider’s spurs.

Citation (1948) lost only once in 20 starts (!) during his Triple Crown-winning season. The Hall of Famer subsequently returned from a year-long layoff to extend his winning streak to 16 and became the first equine millionaire.

Determine (1954) wasn’t a champion, but he joined the exclusive club of Derby winners who sired a Derby winner, when his son Decidedly capitalized on a pace meltdown and set a new track record in 1962.

Exterminator (1918) won 50 of 100 lifetime starts, successfully carried as much as 138 pounds, and set multiple track records during his Hall of Fame career.

Foolish Pleasure (1975) is a rare unbeaten champion 2-year-old who later captured the Derby, finished second in both the Preakness and Belmont, and prospered at four en route to the Hall of Fame.

Gallant Fox (1930) still holds the distinction of being the only US Triple Crown winner to sire one, thanks to his son Omaha (1935). Both are enshrined in the Hall of Fame.

Hindoo (1881) reeled off an extraordinary 18-race winning streak, including the Derby and Travers, and lost only five of 35 starts over his Hall of Fame career.

I’ll Have Another (2012) could have been the first Triple Crown winner since Affirmed, but for a career-ending injury on the eve of the Belmont. He doesn’t belong among the great Derby winners, but he’s a lot better than Iron Liege (1957), who won only because Willie Shoemaker misjudged the finish line aboard the superior *Gallant Man.

Johnstown (1939) romped in front-running fashion by eight lengths, tying the record Derby-winning margin, and the Hall of Famer turned in a similar tour de force in the Belmont.

Kauai King (1966) was lucky to win in a year when the best 3-year-olds, Buckpasser and Graustark, were out of the picture through injury. He’s also lucky that the only other “K” winner won a forgettable 1891 edition.

Leonatus (1883), second in his only start at two, went on a 10-race winning spree in the span of a couple of months at three before injury halted his career.

Majestic Prince (1969) denied another future Hall of Famer, Arts and Letters, in the Derby and Preakness, but lost his perfect record when second to his archrival in his Belmont swan song.

Northern Dancer (1964) held on by a neck to establish a new track record of 2:00 in the Derby, concluded his Hall of Fame career by dominating Canada’s Queen’s Plate, and revolutionized the breeding industry as a global supersire.

Old Rosebud (1914) capped an 11-race winning streak while setting two Derby records simultaneously, a then-track record time and a race-record margin of eight lengths. Out of action for nearly three years, the Hall of Famer mounted a legendary comeback and ultimately won 40 of 80 lifetime.

Pensive (1944) is among the lesser lights of Derby history, but he’s worth remembering for two reasons: he came up only a half-length shy of a Triple Crown sweep in the Belmont, and he sired 1949 Derby winner Ponder, himself the sire of 1956 Derby winner Needles.

“Q” has yet to produce a Derby winner. Of the seven “Q” runners, Quadrangle (fifth in 1964) is the most memorable, for he went on to land the Belmont (beating Triple Crown-seeking Northern Dancer) and Travers.

Riva Ridge (1972) might have been a Triple Crown winner, if he hadn’t encountered a sloppy track in the Preakness. A Hall of Famer who was voted champion at two and at four, he’s been overshadowed by his all-conquering stablemate whose name begins with “S.”

Secretariat (1973) not only swept the Triple Crown, but he won each jewel in record time that still stands (1:59 2/5 for the Derby, 1:53 for the Preakness, 2:24 for the Belmont). Perennially ranked at or near the very top among all-time greats, “Big Red” was supreme at both two and three, going short or long, on dirt or turf, against his own age group or older horses.

Twenty Grand (1931), who had outdueled fellow Hall of Famer Equipoise in juvenile record time for a mile, peaked at three with resounding victories in the Derby, Belmont, Travers, Saratoga Cup, and Jockey Club Gold Cup.

Unbridled (1990) might be the only “U” winner, but he rates as a worthy honoree both on the track, as a champion who went on to win the Breeders’ Cup Classic, and at stud, where he has exerted an influence on recent Derby pedigrees.

Vagrant (1876) is more often recalled for his colorful retirement as a cart horse in Lexington, but let’s not overlook the fact that he was a top 2-year-old and beat future Hall of Famer Parole in the Derby.

Whirlaway (1941), who equaled the Derby’s record winning margin while setting a track record in his day, remains the only Triple Crown winner to add the Travers. A fan favorite for his electric rallies from far off the pace, the Hall of Famer maintained his lofty stature the next season, when he kept racing to promote the sale of war bonds at various tracks.

“X” hasn’t even come up with a Derby starter, let alone a winner.

“Y” has yet to field a winner from only three starters, most notably Your Host (ninth in 1950), later the sire of all-time great Kelso.

Zev (1923) isn’t just here to round out the alphabet. The Hall of Famer went 12-for-14 during his 3-year-old campaign, highlighted by victories in the Derby, Belmont, and in his famous match race against Epsom Derby hero *Papyrus.

Did I leave out any of your favorites? Play along at home by looking at the alphabetical list in the Kentucky Derby media guide, and making your own list by letter. 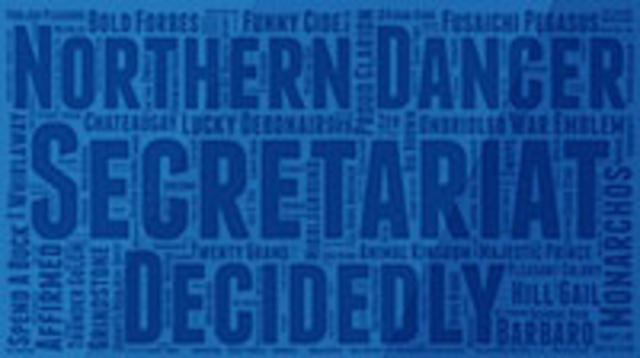