One race before stablemate Wells Bayou led throughout in the Louisiana Derby (G2), Bonny South employed the diametrically opposite tactics to rally from last in Saturday’s $388,000 TwinSpires.com Fair Grounds Oaks (G2). The 3-10 favorite, Finite, had her winning streak snapped in fourth.

Bonny South, trained by Brad Cox for Juddmonte Farms, was sent off as the 6-1 second choice in her stakes debut. The homebred brought collateral graded stakes form, however. Last time out, she captured an Oaklawn Park allowance over stablemate Shedaresthedevil, who complimented her by going on to win the Fantasy (G3).

Finite fans had little to worry about as the race unfolded. The odds-on filly was perched in an outside stalking spot observing longshot pacesetter French Rose prompted by Stop Shoppin Tammy. Fellow stalker Antoinette was tucked just behind them on the fence, while Tempers Rising (who bobbled at the start) raced in fifth and an unhurried Bonny South trailed. The final order of finish turned out to be virtually the reverse of the early order.

On the far turn, Finite commenced her move and struck the front in upper stretch. But no sooner had she forged ahead than she began to flatten out, and suddenly the favorite was vulnerable. Tempers Rising was keeping on doggedly to overtake her, and Bonny South was hitting top gear.

Tempers Rising was best of the rest, earning 40 points for a total of 47. Antoinette, who had to wait for running room, wore down Finite for third-place’s 20 points. Finite, out of the exacta for the first time in her career, settled for 10 points and 80 overall. There was a 9 1/2-length gap to Stop Shoppin Tammy, and early leader French Rose was last of the six.

Bonny South sports a record of 4-3-0-0, $323,350. Her lone unplaced effort was a fourth in her unveiling in a Nov. 14 Churchill Downs sprint. She improved to finish second in a Dec. 22 Fair Grounds maiden over a route, and later was awarded the victory via disqualification. The first-past-the-post that day ironically was O Seraphina, runner-up to Taraz in the Martha Washington.

The highly regarded but tragically ill-fated Taraz was Bonny South’s stable companion, fellow Juddmonte homebred, and even workmate. Bonny South is now carrying on the hopes of their shared connections.

Bred on the same cross as Finite, Bonny South is a daughter of Munnings and a Tapit mare. The Kentucky-bred was produced by Touch the Star, who is a half-sister to Group 1 vixen Etoile Montante (dam of Grade 2 scorer Starformer). This is the further family of multiple Grade 1 stars Sightseek and Tates Creek, as well as European champion Special Duty and 2018 Breeders’ Cup Mile (G1) hero Expert Eye.

With the Kentucky Oaks postponed to the first Friday in September, the day before the rescheduled Kentucky Derby (G1), Bonny South might be spotted in one or two of those New York features on the way back to Churchill Downs. 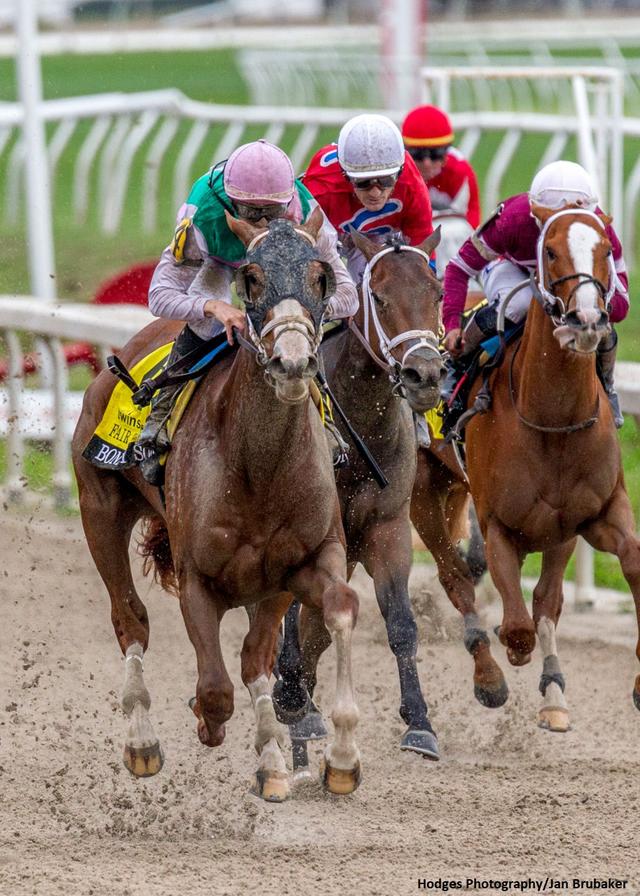