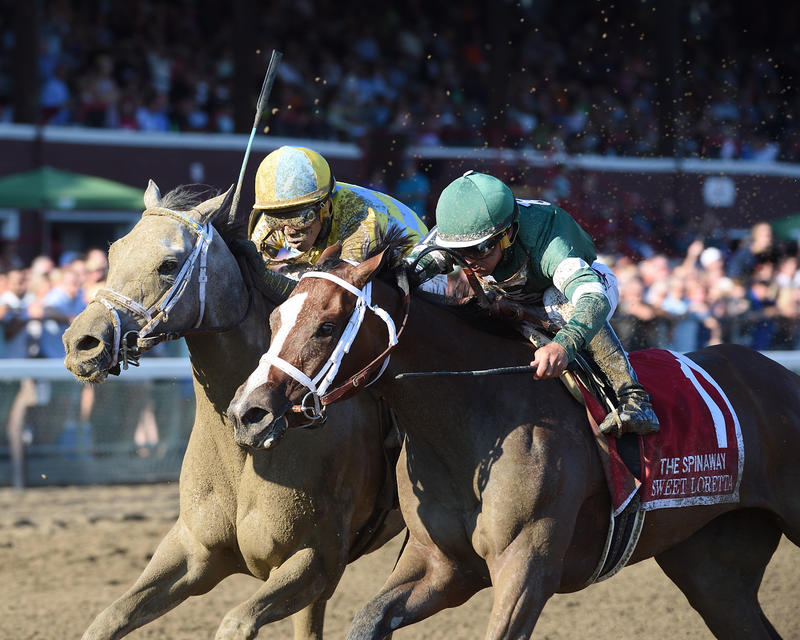 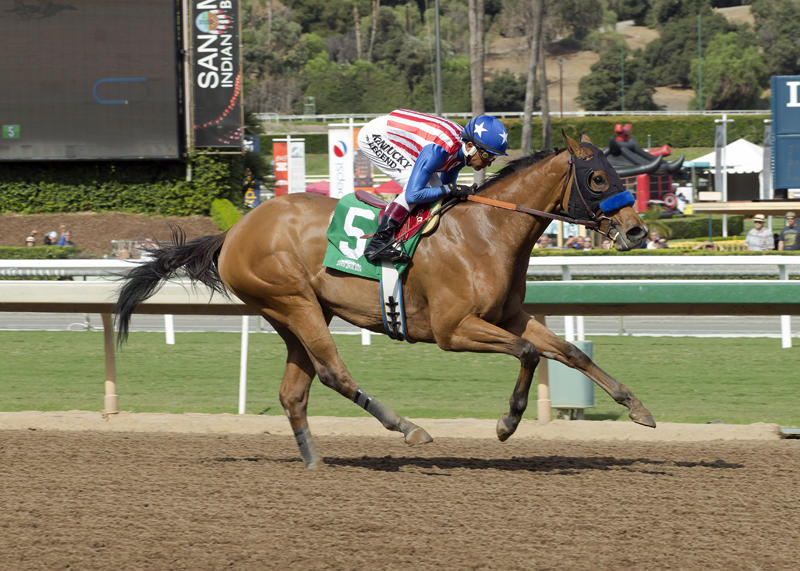 Unlike in past years, there’s no real standout in this year’s Breeders’ Cup Juvenile Fillies (G1). There’s no Songbird, no Beholder, no My Miss Aurelia.

Instead, each and every one of the dozen two-year-old lasses lining up on Saturday at Santa Anita Park has a shot at taking home the top prize.

Yellow Agate is two-for-two thus far for trainer Christophe Clement. The bay daughter of Gemologist broke her maiden on September 11 going six furlongs and then stretched out to a mile on October 8 to add the Frizette Stakes (G1) to her resume. She earned a 93 BRIS Speed rating for her maiden score and a 91 for her stakes bow, both of which came under returning rider Manny Franco.

Sweet Loretta will be traveling beyond seven furlongs for the first time in the Juvenile Fillies. The Tapit  filly romped by seven lengths in her debut going five furlongs at Monmouth Park before shipping to Saratoga. She tried black-type rivals in the six-furlong Schuylerville Stakes (G3) on July 22 and pulled off a 4 1/4-length victory for trainer Todd Pletcher.

The bay miss was awarded a career-best 94 BRIS Speed rating for that effort and followed up with a 5 3/4-length dead-heat score in the September 3 Spinaway Stakes (G1) at seven furlongs. Jockey Javier Castellano was aboard Sweet Loretta for that latter race and retains the mount here.

American Gal also will be stretching out Saturday as well as facing graded company for the first time. After breaking her maiden by 2 1/4 lengths while going 5 1/2 furlongs at Del Mar, the Bob Baffert pupil showed up in the Anoakia Stakes on October 23. The bay daughter of Concord Point had no trouble adding that six-furlong affair to her resume when pulling away by 6 1/2 lengths. Mike Smith will be aboard in this spot.

Noted and Quoted, Union Strike and Dancing Rags all enter the Juvenile Fillies off Grade 1 wins. Noted and Quoted captured the 1 1/16-mile Chandelier Stakes (G1) at Santa Anita on October 1. Before that, she was fourth behind Union Strike in the seven-furlong Del Mar Debutante (G1) on September 3. Dancing Rags scored a one-length victory in the 1 1/16-mile Alcibiades Stakes (G1) on October 7.

Rafael Bejarano rides Noted and Quoted, Martin Garcia has the call on Union Strike and regular jockey Angel Cruz will be aboard Dancing Rags.

Daddys Lil Darling will attempt to turn the tables on Dancing Rags after finishing second in the Alcibiades. The Scat Daddy filly entered that contest off a half-length win in the Pocahontas Stakes (G2) at Churchill Downs. Colorful Charades will try the same on Yellow Agate following a third-place run at 23-1 in the Frizette.

Champagne Room captured the Sorrento Stakes (G2) before finishing third in the Del Mar Debutante and fourth in the Chandelier. With Honors just missed by a half-length in the Chandelier while making her dirt bow in that event following two straight turf scores.

Valadorna and Jamyson ‘n Ginger just broke their maidens last out and are making their stakes debuts in this spot. The former scored her initial win by six lengths going 1 1/16 miles at Keeneland on October 7 while the latter earned a field-best 100 BRIS Speed rating for taking a one-mile maiden at Belmont Park on October 9 by 15 lengths. 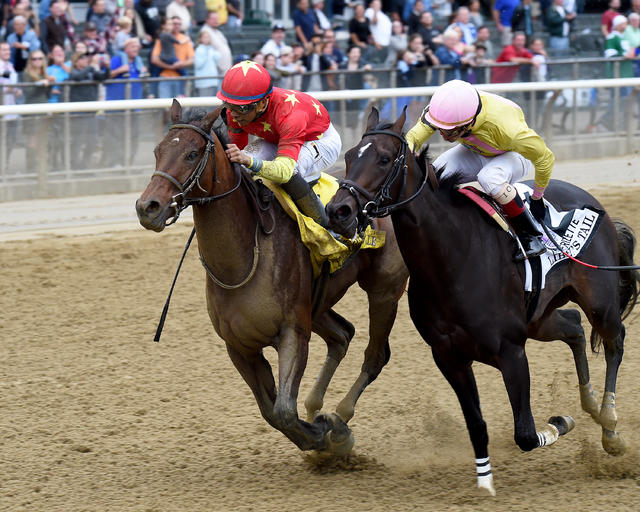