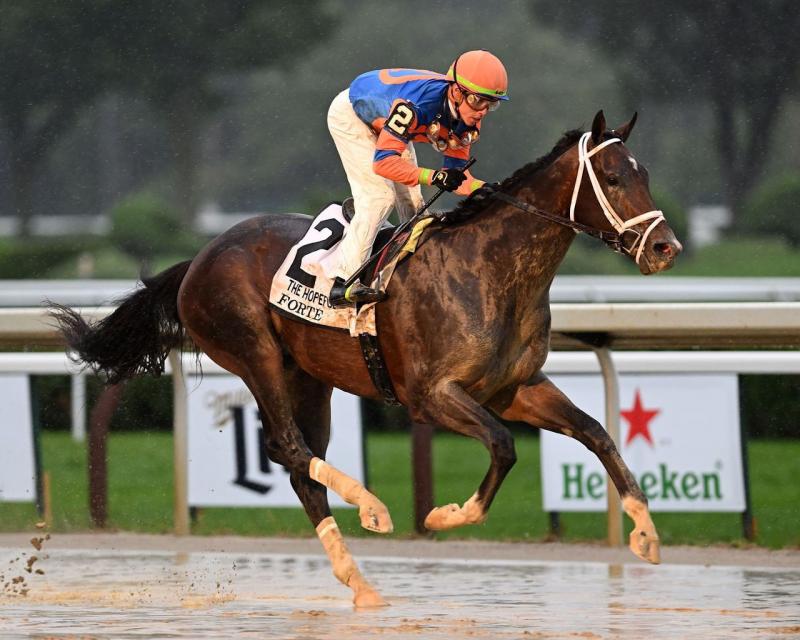 The final 2023 Road to the Kentucky Derby preps to be held domestically before next month's Breeders' Cup Juvenile (G1) will be run Saturday at Keeneland and Santa Anita. Keeneland hosts the $600,000 Breeders' Futurity (G1), while Santa Anita is the site of the $300,000 American Pharoah S. (G1). Both 1 1/16-mile features will offer Derby qualifying points of 10-4-3-2-1 to the respective top five finishers.

The Breeders' Futurity, with a scheduled post time of 5:14 p.m. ET, features Forte, who captured last month's Hopeful (G1) at Saratoga by three lengths. Left in his wake were Blazing Sevens and Gulfport, the one-two finishers in last week's Champagne (G1).

A large percentage of the overflow field lacks any stakes experience at all, but showed great promise to warrant a shot at this prize. Brad Cox will send out Loggins, who cruised on debut by 8 1/2 lengths sprinting at Churchill Downs, and Instant Coffee, who produced a surprise win first out at Saratoga. Other last-out maiden winners that could factor are Funtastic Again and Powerful, the latter a key-race winner.

The American Pharoah is likely to be dominated, as it has many times in the past, by trainer Bob Baffert, whose horses are currently ineligible to accrue Derby points due to the trainer's current suspension from racing at Churchill Downs.

A 10-time winner of the American Pharoah, Baffert will saddle four of the eight runners Saturday. Cave Rock, a dominating winner of his first two starts, including the Del Mar Futurity (G1), by a combined 11 1/4 lengths, figures as an overwhelming favorite. Post time for the American Pharoah is 7:30 p.m. ET.

Both races can be watched and wagered on at TwinSpires.com. 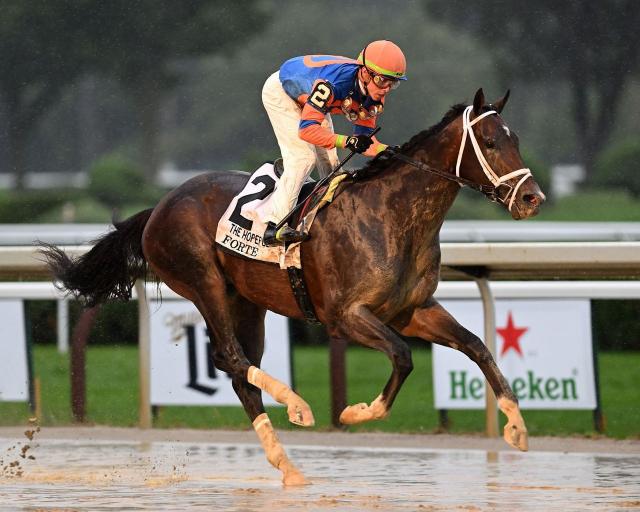