Breeders’ Futurity and Champagne selections from our experts 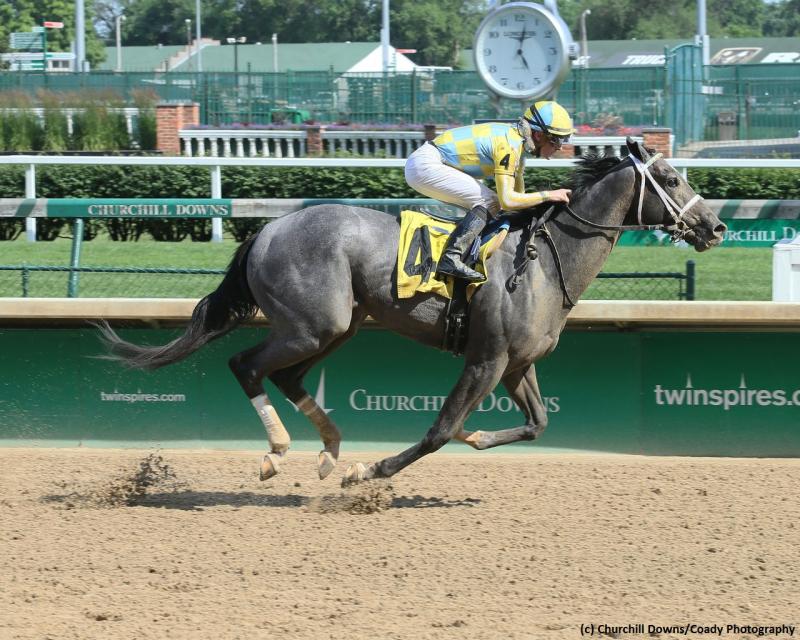 On Saturday, a pair of two-year-old contests will not only award points toward a spot in next year’s Kentucky Derby (G1) but also bestow all-fees paid berths to this year’s Breeders’ Cup at Churchill Downs.

FREE Brisnet.com PPs for the Breeders’ Futurity and Champagne!

With an eye to both the Juvenile and Derby, our Panel of Experts are ready with their picks in the contests.

Dream Maker (#5) should receive the right set-up for a winning rally. One of the most impressive maiden scorers during the Churchill Downs spring meet, the Tapit colt missed a planned start early in the Saratoga meet and never appeared comfortable when returning from a three-month freshening in the September 3 Hopeful (G1), breaking slowly on a speed-favoring track as the top-three finishers essentially held their spot throughout. Look for a much-improved showing with Julien Leparoux.

Aurelius Maximus (#9) wasn’t going to catch a buzzsaw wire-to-wire winner in his debut after breaking slowly but the Pioneerof the Nile colt graduated in style second-time out at Belmont Park, striding away to a 7 3/4-length decision while netting commendable BRIS Speed (92) and Late Pace (96) numbers. The Champagne is stocked with early speed and I love the outside draw with Joel Rosario. Aurelius Maximus should receive a perfect stalking trip and can rally past his rivals in the stretch.

As much as I love Standard Deviation (#14) as a long-term classic prospect, it's a lot to ask him to overcome post 14 in his second career start, and stakes and two-turn debut. I'll root for him but feel obliged to offer a less adventurous selection to win – the Mark Casse-trained Dream Maker (#5) at 5-1 on the morning line. The Tapit blueblood looked every inch a two-turn horse in his last-to-first debut victory going 5 1/2 furlongs at Churchill. He has to improve from his fifth in the Hopeful (G1) at Saratoga last out, but I suspect he may have needed that one to bring him on. With plenty of speed on tap, Dream Maker should get the right set-up.

Aurelius Maximus (#9) is a tantalizing play at 6-1 on the morning line as the "other" Chad Brown. His classic pedigree and big maiden win at this track and trip (admittedly in the slop) lead me to believe he's one of two serious Kentucky Derby prospects in here, along with Godolphin's Endorsed (#1). This might be a case of picking the long-term contender too soon, but if Aurelius is as good as I hope, he's worth backing.

Dream Maker (#5) has been wanting more ground since breaking his maiden on debut at Churchill Downs in June for trainer Mark Casse. This son of Tapit should continue to get better as the distances get longer.

Endorsed (#1) was impressive in running down well-meant Chad Brown first-time starter Ahead of Plan at Saratoga on August 18. The son of Medaglia d’Oro should have no problem as he stretches out to a mile on Saturday.

Dream Maker (#5) was a sharp debut winner at Churchill when going last-to-first, before finishing with some interest when fifth in the Hopeful Stakes (G1). The Mark Casse trainee was out of sorts early on in the Hopeful and should surely move forward from the experience in his two-turn debut. The Tapit colt is bred to run long and signaled his readiness for this event with a half-mile bullet in :47 at Keeneland a week ago, the best of 113 works on the day. Regular pilot Julien Leparoux will ride the gray.

Endorsed (#1) proved capable of passing runners with a game debut win at Saratoga over the highly regarded Ahead of Plan. The Kiaran McLaughlin pupil earned a strong 95 BRIS Speed number, with a 99 Late Pace figure in that tally, and has a pedigree that screams distance. The Medaglia d’Oro colt has worked four times since, with two of those coming at Belmont. The Godolphin homebred should receive a healthy pace to rally into late under Joe Bravo.

The question; is Mind Control (#13) really the best in the field? I think he will be if the pace doesn’t heat up, but I believe there is enough speed for the pace to matter. Just like in the Iroquois Stakes (G3), also a Kentucky Derby prep, I like Tobacco Road (#8) as a top class contender and he will surely be game in the stretch. Tobacco Road’s stalking running style should provide an opening to hit the wire first with tiring foes in the stretch, and for a better price than what we will get with Mind Control.

Pedigree? Check. By Pioneerof the Nile and out of La Reina, who is by A.P. Indy. Connections? Check. Trained by Chad Brown, owned by Stonestreet Stables and ridden here by Joel Rosario. Distance? Check. Won last out at a mile by 7 3/4 lengths. Experience? Check. Hit the board in both lifetime starts. With a strong speed performance first time out by Trophy Chaser (#2), the second performance was much slower, but the same final speed in start two as Aurelius Maximus’ effort. With not many horses having experience stretching out to the one mile of this race, I think experience will matter. If Aurelius Maximus (#9) can match Trophy Chaser during the trip, then the speed at distance may shine bright. 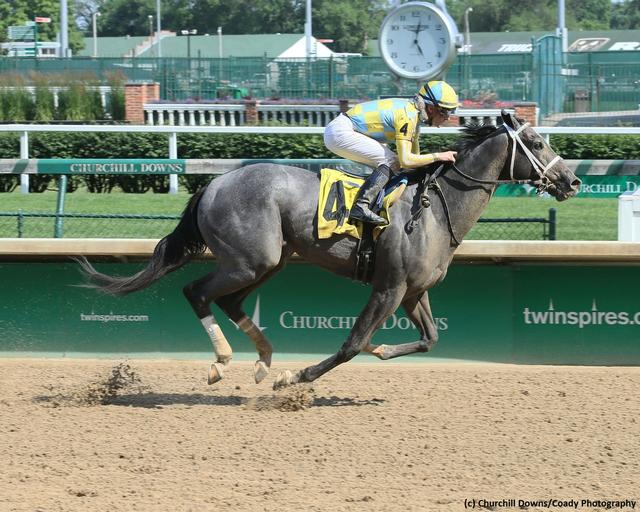