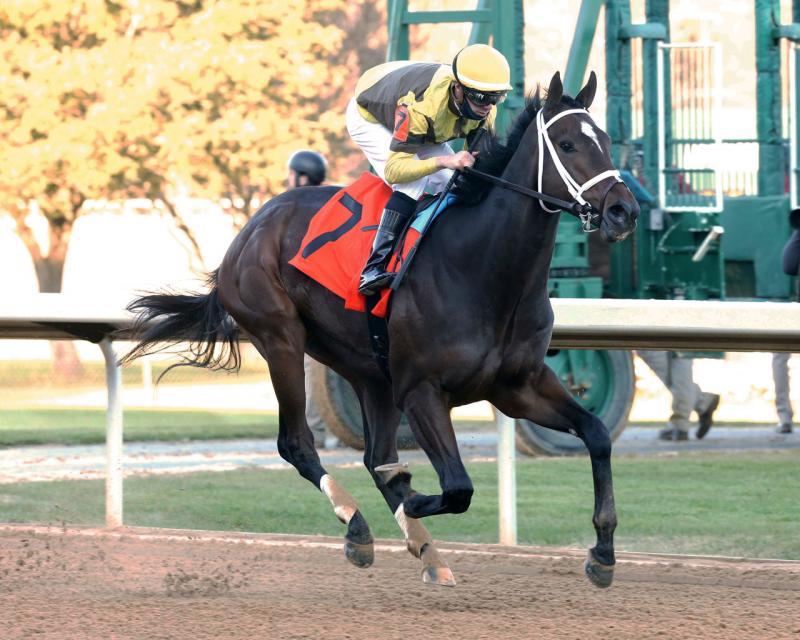 Caddo River's two-turn and stakes debut in Friday's $150,000 Smarty Jones at Oaklawn Park turned into a runaway as the Hard Spun colt seized command early and walloped the opposition in the one-mile Road to the Kentucky Derby test.

"He checked the box of the two turns, which is very exciting, and hopefully we can climb up the ladder little by little and think about the first Saturday in May, of course," Geroux said.

A homebred racing for John Ed Anthony's Shortleaf Stable and trained by Brad Cox, Caddo River returned $3.20 after completing one lap of Oaklawn's fast track in 1:38.19.

Second choice Cowan finished a clear second by more than seven lengths, while Big Thorn edged Moonlite Strike for third by a neck. The order of finish was rounded out by Martini Blu, Hardly Swayed, and Lawlessness.

This was the fourth career start and second win by Caddo River, who finished second in maiden events at Saratoga and Belmont Park before graduating at Churchill Downs by 9 1/2 lengths going a mile on Nov. 15. He's now earned $166,092. 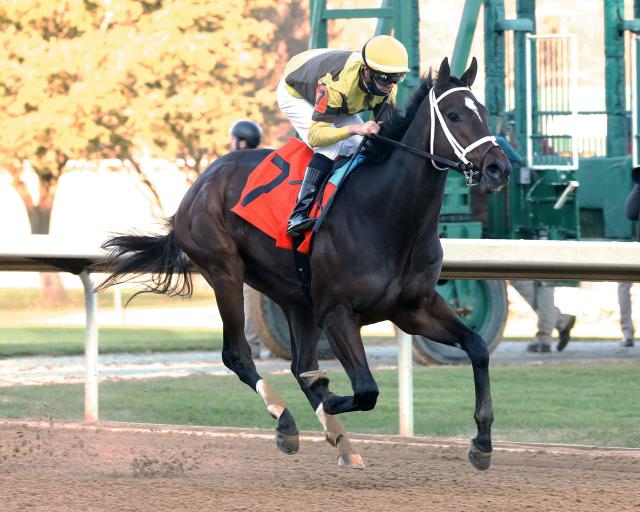