California-bred filly Make Happy remained perfect from two starts when bossing the boys in Saturday’s Cattleya Sho at Tokyo, the first scoring race on the Japan Road to the Kentucky Derby. Sent off as the heavy 2-5 favorite, the Kazuko Yoshida colorbearer prevailed by 2 1/2 lengths from Godolphin’s Kingen.

Sold for $650,000 as a two-year-old in training at Fasig-Tipton’s Gulfstream Sale in March, Make Happy romped by 10 lengths in her October 7 debut at Tokyo. That made the Koichi Shinkai trainee the odds-on choice in the Cattleya Sho, held over the same track and metric mile trip.

Make Happy broke beautifully from the far outside post 14, and regular rider Christophe Lemaire eased her a few lengths back as Kentucky-bred Evacuant set the pace. The stalking Johann was the first to pounce in the stretch, but Make Happy emphatically asserted her authority.

By finishing the metric mile in 1:38.3, Make Happy earned 10 points on the Japan Road leaderboard. Kingen rallied from farther back in the pack, taking home 4 points as the runner-up. Johann scored 2 points in third, and Romantico got on the board with 1 point for fourth. Kentucky-bred Washington Tesoro underperformed in 10th, and early leader Evacuant faded to 12th of 14.

Make Happy is a full sister to a pair of notable Reddam runners, 2015 Hopeful (G1) winner Ralis and multiple stakes scorer and Grade 3-placed B Squared, most recently sixth in the November 3 Breeders’ Cup Sprint (G1) at Churchill Downs. Their dam, Silar Rules, is herself the daughter of Ten Most Wanted and Grade 3 victress Morning Meadow. 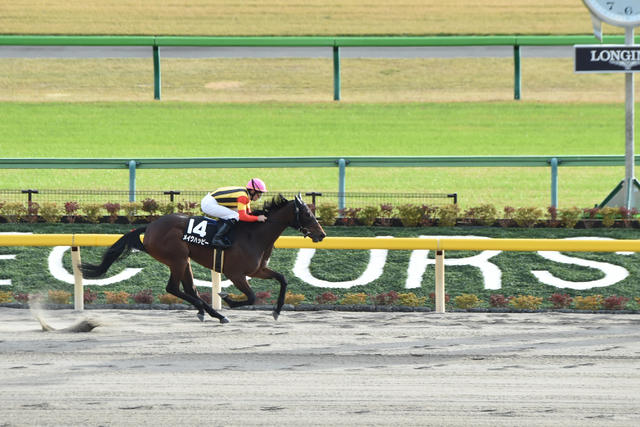