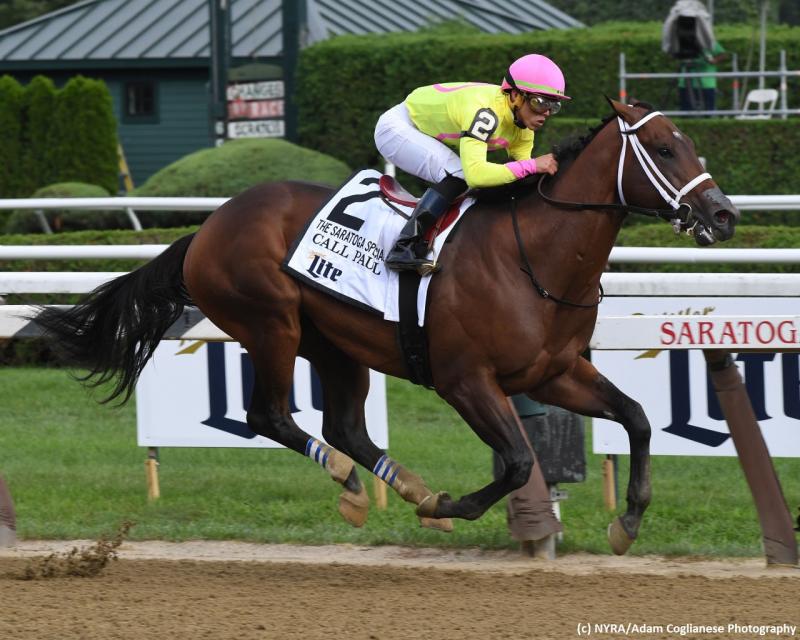 Call Paul brings top credentials into Saturday’s $500,000 Champagne (G1) at Belmont Park, improving to two-for-two with a victory in the August 12 Saratoga Special (G2), but the John Servis-trained son of Friesan Fire could be overshadowed in a 10-horse field stacked with well-regarded maiden winners.

The one-mile Champagne will award an automatic berth to the November 2 Breeders’ Cup Juvenile (G1) at Churchill Downs and serves as a qualifier in the Road to the Kentucky Derby series, with a total of 17 points (10-4-2-1) available to the top four finishers.

Call Paul netted a 98 BRIS Speed rating and defeated eventual Hopeful (G1) winner Mind Control when posting a convincing front-running debut win in a July 5 maiden special weight at Delaware Park. He traveled an extra eighth of a mile in the 6 ½-furlong Saratoga Special and led wire-to-wire, earning a 93 Speed rating for the one-length decision. Irad Ortiz Jr. retains the mount and Call Paul should appreciate the one-turn mile distance with his speed-oriented pedigree.

Chad Brown appears well-represented by a pair of challengers. Complexity drew rave reviews when making his lone start at Saratoga on the September 3 closing-day program, schooling maiden special weight foes on the front end of a 4 ¼-length tally as the odds-on favorite, and the Maclean’s Music colt received a 96 BRIS Speed rating. Jose Ortiz rides. Aurelius Maximus broke slowly and dropped his first outing when finishing third in a salty Saratoga maiden but rebounded nicely last time, striding away to a 7 ¾-length romp in a one-mile test over a sloppy Belmont track. The son of Pioneerof the Nile garnered a 92 Speed figure and is bred to relish longer distances. Joel Rosario retains the mount.

Endorsed looks like he could be any kind for Kiaran McLaughlin after rallying to determinedly win at first asking at Saratoga on August 18. By Medaglia d’Oro and out of the Grade 1-winning Tapit mare Dance Card, the bay colt has the pedigree to keep evolving with racing and extended distances. Joe Bravo stays aboard and the stalker will break from the rail. Kentucky Derby-winning trainer Shug McGaughey doesn’t crank up his youngsters first-time out and Code of Honor surprised onlookers when recording a sharp wire-to-wire tally in his August 18 unveiling at Saratoga. From the first crop of Noble Mission, the chestnut colt will receive a rider switch to Eric Cancel with John Velazquez riding at Keeneland.

Trophy Chaser ships from Florida for Juan Avila after registering a field-best 102 BRIS Speed rating for a whopping 15-length maiden score in his second start. Junior Alvarado picks up the mount on the Twirling Candy colt. Listing, who posted a rallying win when making his lone outing in the August 31 I’m Smokin at Del Mar for California-breds, invades from Southern California for Ben Cecil and Mario Gutierrez will accompany the son of Square Eddie.

Last-out maiden winners Achilles Warrior and Casa Creed are also entered and Successful Zip, who exits a runner-up in the September 1 Sapling at Monmouth Park, completes the field. 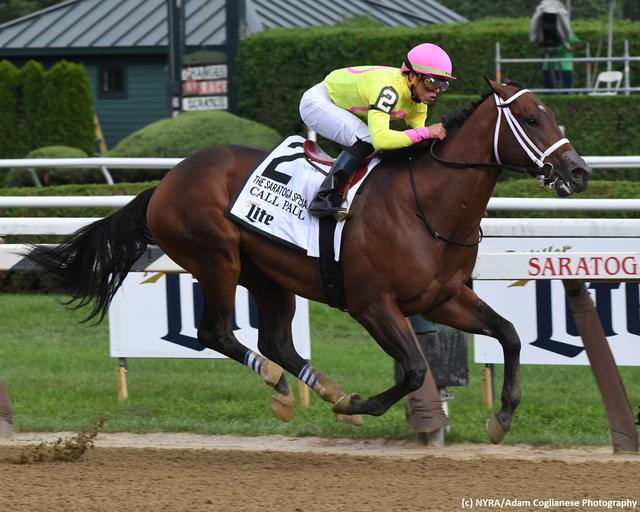