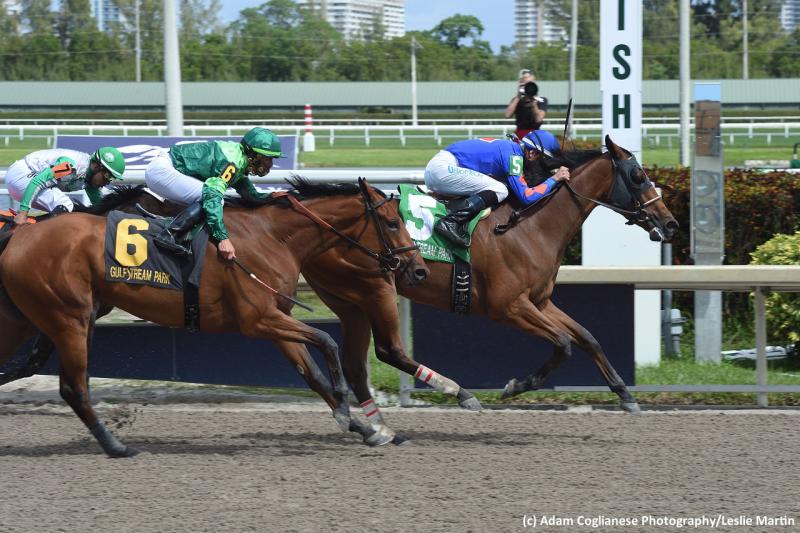 Disappointed with how his filly traveled in her most recent start, trainer Ian Wilkes added blinkers to Champagne Anyone's equipment for Saturday's $250,000 Gulfstream Park Oaks (G2). The daughter of 2007 Kentucky Derby (G1) winner Street Sense responded with a half-length victory in the Road to the Kentucky Oaks series race.

Well-positioned in second behind pacesetter Cookie Dough most of the way, Champagne Anyone bid for the lead at the quarter pole, edged away from that determined foe and then fended off a late bid from favorite Dunbar Road to win under Chris Landeros.

This was the first stakes win for Champagne Anyone, who broke her maiden second out at Ellis Park and then captured a one-mile allowance at Keeneland prior to running fourth in the Golden Rod (G2), third in the Forward Gal (G3), and third again in the Davona Dale (G2).

"I was very pleased with the way she worked (wearing blinkers), so I put them on," said Wilkes, who trains the Kentucky-bred for Six Columns Stable and Randall Bloch.

Bred by Stonestreet, Champagne Anyone was a $70,000 Keeneland September yearling. She's out of the Ghostzapper mare Lucevan, a half-sister to Argentinean champion and multiple U.S. Grade 1 winner Miss Loren and the multiple Grade 3-winning Mr. Light. 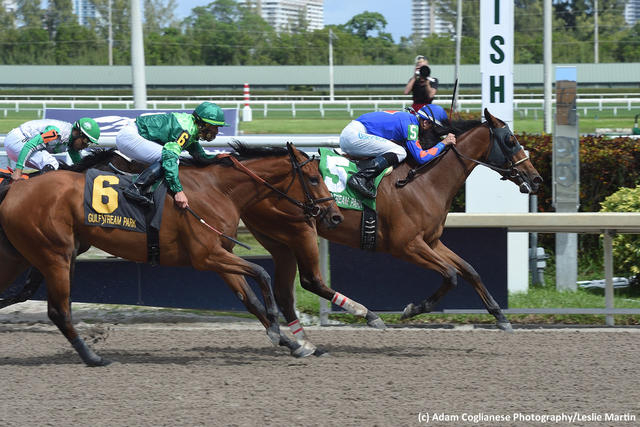