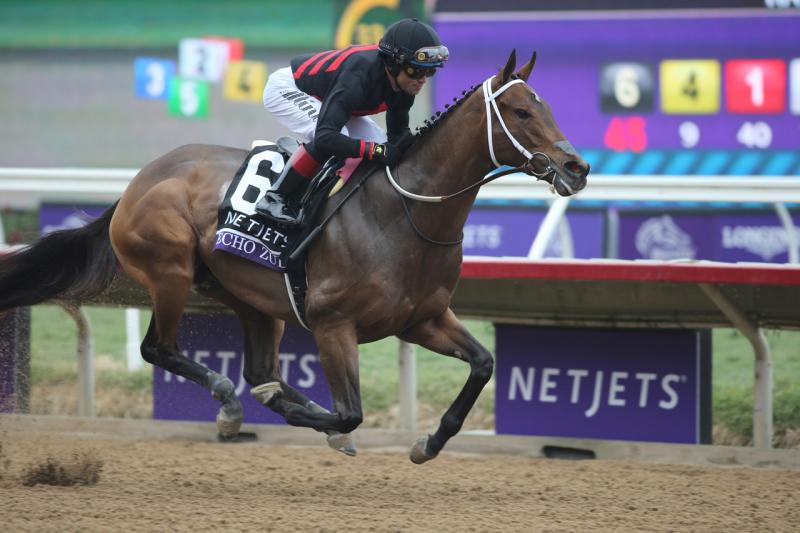 Last seen capping an unbeaten season in the Breeders’ Cup Juvenile Fillies (G1), Echo Zulu kicks off her sophomore campaign in Saturday’s $400,000 Twinspires.com Fair Grounds Oaks (G2). The champion two-year-old filly tops a small field in this first scoring race worth the maximum number of points toward the Kentucky Oaks (G1) – a scale of 100-40-20-10 to the top four.

Echo Zulu, from the record-setting first crop of Horse of the Year Gun Runner, has used her early speed to romp in all four starts. After blitzing her Saratoga debut in July, the Steve Asmussen trainee wired the Spa’s marquee race in the division, the Spinaway (G1). She handled the step up to a mile in the Frizette (G1) at Belmont Park by dominating by an even bigger margin, and she passed her two-turn test in the Breeders’ Cup by running faster than the boys did in the Juvenile (G1) at Del Mar.

A regular presence on the Fair Grounds worktab since early February, Echo Zulu returns to action over the same 1 1/16-mile trip as the Juvenile Fillies. Jockey Joel Rosario will be back aboard as the 3-5 morning-line favorite figures to come out running from the rail.
Only five fillies have signed up to oppose her. Turnerloose comes off a 17-1 upset in the final local prep, the Feb. 19 Rachel Alexandra (G2), in her dirt debut. The Brad Cox pupil, a daughter of 2016 Kentucky Derby (G1) champ Nyquist, is drawn next door to Echo Zulu in post 2.
Also exiting the Rachel Alexandra is fourth-placer Hidden Connection, who is likely to move forward here for trainer Bret Calhoun. Hidden Connection was only fourth behind Echo Zulu in the Breeders’ Cup, but back in September, she’d crushed the first Oaks points race, the Pocahontas (G3) at Churchill Downs.
Todd Pletcher sends the well-bred Favor for her stakes and two-turn debut. By Pioneerof the Nile and out of a full sister to Grade 1 hero Cross Traffic, the Stonestreet colorbearer has won two straight around Gulfstream Park’s one-turn mile.
Bernabreezy, third in the Jan. 22 Silverbulletday S. on the Fair Grounds Road to the Kentucky Oaks, has since captured a Feb. 18 allowance at this track and distance. Third in that allowance was Sequist, whose best stakes result so far is a third in last fall’s Alcibiades (G1) at Keeneland. Trained by Dallas Stewart, the Nyquist filly was a distant fourth in the Spinaway and fifth in the Juvenile Fillies.
Post time for the Fair Grounds Oaks, the 11th of 12 races on Louisiana Derby Day, is 6:12 p.m. (ET). 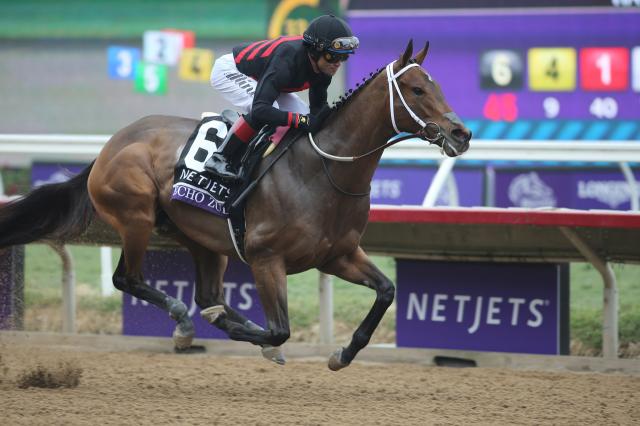