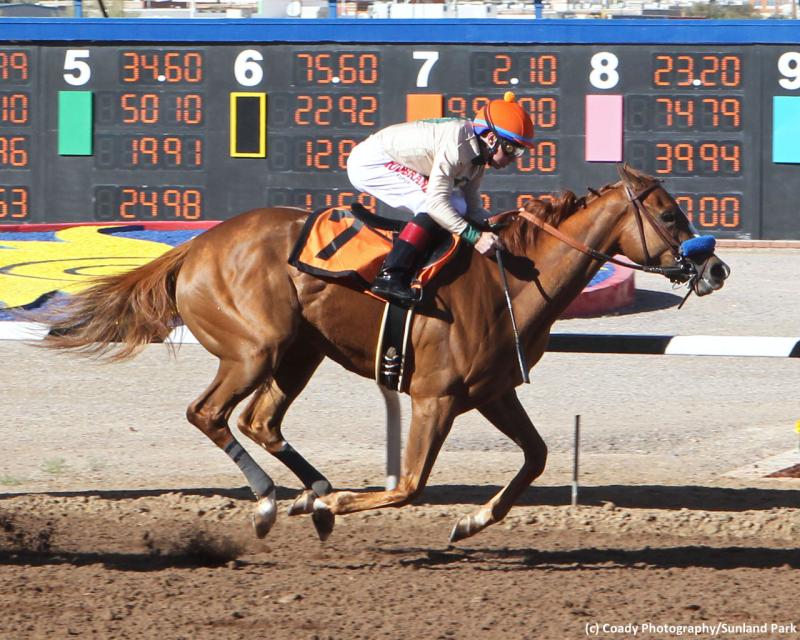 After the expected scratch of Bellafina, Summer Wind Equine’s Chasing Yesterday was by far the best horse on paper in Sunday’s $200,000 Sunland Park Oaks. American Pharoah’s half-sister by Tapit created some suspense by getting off to a slow start, but even that wasn’t enough to prevent her ultimately comfortable victory.

Trained by Bob Baffert like her Triple Crown-winning half-brother, Chasing Yesterday went off as the 1-20 favorite against an overmatched field. While the homebred was making her first start since capturing the December 8 Starlet (G1), it wasn’t ring-rustiness that told when the gate opened. On the contrary, Baffert said afterward that another filly’s restlessness distracted her, and she hopped as they sprang the latch.

Chasing Yesterday spotted the field a few lengths in the opening strides, but her natural speed soon kicked in and enabled her to draw close to the leaders entering the clubhouse turn. Despite traveling widest of all for jockey Drayden Van Dyke, she was already alongside the vying K P Slickem and Enlisting down the backstretch. Chasing Yesterday put her head in front as they swung into the far turn, opened up, and held sway by 1 1/4 lengths.

By completing 1 1/16 miles in 1:43.18, Chasing Yesterday advanced her scorecard to five-for-six with $440,650 in earnings. The chestnut also banked 50 points toward the Kentucky Oaks (G1), and her overall total of 60 puts her third on the leaderboard.

The 36-1 K P Slickem kept on doggedly to take second and its accompanying 20 Oaks points. Backflash rallied for third, missing the runner-up spot by a neck, and earned 10 points. Fourth-placer Figure received 5 points. Enlisting tired to fifth, followed by Victim of Love, Parade of Roses, and Peaceoutyourhonor. Bellafina was scratched to await the April 6 Santa Anita Oaks (G1).

If Chasing Yesterday can follow up with a Kentucky Oaks victory, she would make history for her dam, Littleprincessemma, who would become the first mare to produce a Triple Crown winner and a Kentucky Oaks heroine. 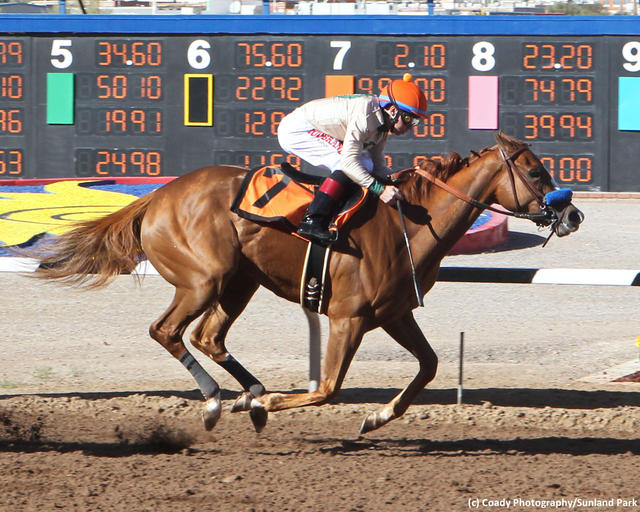