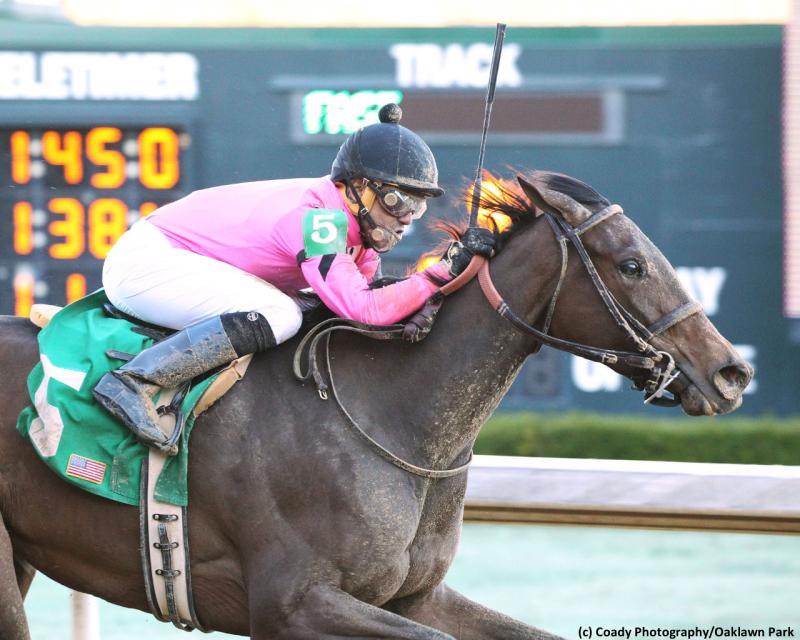 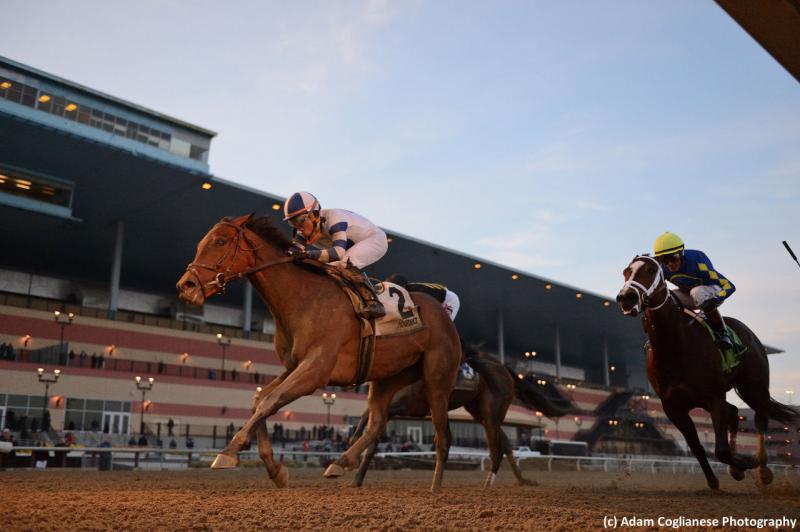 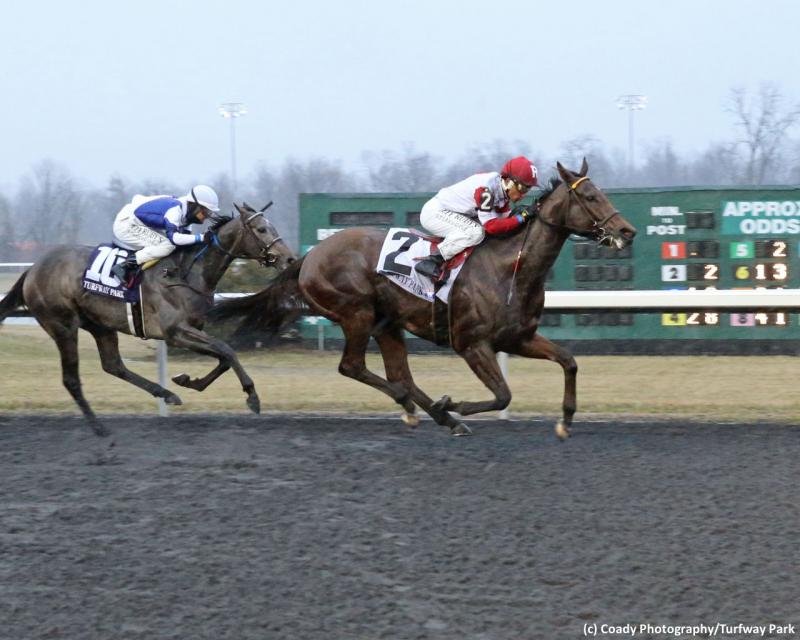 A fast early pace set by the favorite in part enabled Chocolate Kisses to make up a deficit of more than a dozen lengths en route to victory in the $200,000 Honeybee (G3) at Oaklawn Park, one of three Road to the Kentucky Oaks series preps held Saturday across the country.

Far back early Orlando Mojica as 11-10 favorite Motion Emotion sped early fractions of :22.46, :45.99, and 1:11.46, Chocolate Kisses made a five-wide bid around the far turn, was four lengths adrift with a furlong left, but inside the final sixteenth dived inside the tiring favorite and drew away to win by one length in a time of 1:45.78 over a fast track.

Owned by Debby Oxley and trained by Mark Casse, Chocolate Kisses paid $17 as the 7-1 third choice in a field of 10. Motion Emotion held second by 1 1/2 lengths over Bizwhacks, with Sunset Wish well behind in fourth.

"I mean, she had things go perfect. It set up. They ran fast, but she got in a little trouble early and then she made a big wide move and she just kept going. I was proud of her. It was nice," said Casse from Tampa Bay Downs.

"You can't go a mile and a sixteenth going :22 2/5," trainer Tom Van Berg said of Motion Emotion. "It's just unfortunate. In my opinion, she was the best and she should have won that race."

This was the first stakes win for Chocolate Kisses, a daughter of Candy Ride. A maiden winner second out on the grass at Saratoga, she was subsequently third in the $100,000 P.G. Johnson at Saratoga and then a rallying fourth in the Alcibiades (G1) at Keeneland after a slow start, for which she had previously earned one Oaks qualifying point.

Losing her rider at the start of the $100,000 Rags to Riches at Churchill Downs in late October, Chocolate Kisses rebounded to beat entry-level allowance foes on the Fair Grounds turf January 18 in her most recent start. Her record now sits at 7-3-1-1, $232,950.

Bred by Pin Oak Stable in Kentucky and a $410,000 Fasig-Tipton Saratoga yearling, Chocolate Kisses is out of Grade 3 winner Brownie Points, making her a half-sister to current Grade 2 turf performer Synchrony.

In her first start of the year and only her second against open company, Espresso Shot entered the Kentucky Oaks picture with a winning rally in the $257,375 Busher at Aqueduct.

Eighth early, the daughter of Mission Impazible improved position on the far turn and was up to win by three parts of a length under Eric Cancel. The final time for one mile on a fast track was 1:37.69.

Oxy Lady, who was shut off from an opening in mid-stretch, re-rallied to finish second by a head over favorite Orra Moor. An objection against the winner by the trainer of Oxy Lady was disallowed as fourth-place finisher Please Flatter Me had come out and bumped Orra Moor into Oxy Lady rather than the winner having caused the interference.

The Busher top four earned Kentucky Oaks qualifying points of 50-20-10-5, respectively. It was the first points earned by Espresso Shot, while Oxy Lady boosted her total to 21.

In the $100,000 Bourbonette Oaks at Turfway Park, 2-1 favorite Naughty Joker overtook pacesetter Fun Finder approaching the furlong marker and drew away to win by 1 3/4 lengths under Rafael Bejarano. The daughter of Into Mischief covered one mile on Polytrack in 1:40.08.

Owned and bred by Ken and Sarah Ramsey and trained by Wesley Ward, Naughty Joker paid $6. New Roo rallied for third, a half-length behind Fun Finder, with Diva Day fourth. Kentucky Oaks qualifying points of 20-8-4-2 were awarded to the top four finishers in the Bourbonette Oaks.

These were the first points earned by Naughty Joker, who ran second in her debut on turf at Kentucky Downs, finished second again in the $150,000 Spendthrift Juvenile Stallion at Churchill Downs, and then broke her maiden at the Louisville track going 1 1/16 miles when last seen November 24. She's now earned $158,680. 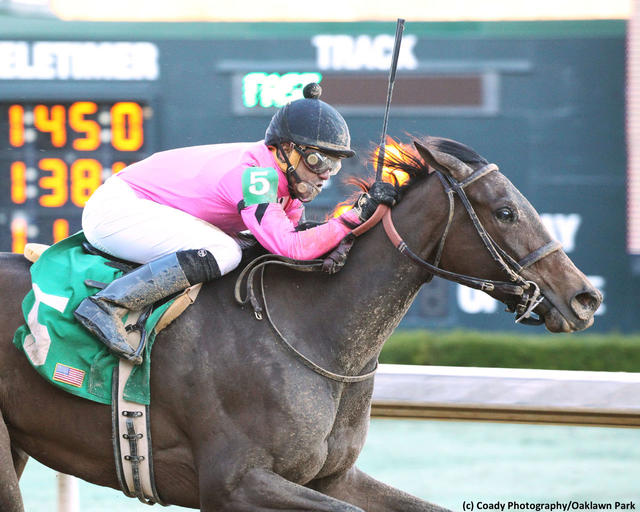