LOUISVILLE, Ky., March 28, 2018 – Churchill Downs Racetrack today announced the official menu of the 144 th Kentucky Derby presented by Woodford Reserve. Curated annually to showcase a fresh and modern approach to traditional Southern dishes, this year’s menu celebrates Woodford Reserve’s new presenting sponsorship of the Kentucky Derby, one of the world’s most exciting events in sports, food, drink and entertainment that has always been synonymous with Kentucky bourbon.

“Each year, we offer an incomparable culinary experience that highlights the Southern specialties that Derby-goers crave, but with a fresh approach they won’t expect,” said Chef Danielson. “In every bite, we give our guests from around the world a glimpse into our authentic Southern cuisine, where food and bourbon are passions as steeped in history and tradition as the Kentucky Derby.”

Chef Danielson has been Churchill Downs’ Executive Chef since 2013. Classically trained, Danielson studied at the Dumas Pere school of French cooking and later continued at the renowned hotel school Ecole Hotelier Tain l’ Hermitage in France, honing his culinary skills at several Michelin-starred restaurants.Upon returning to the United States, Chef Danielson worked as the executive chef at New York’s United Nations Plaza Hotel and at Chicago favorites the Ritz Carlton and Charlie Trotter’s. He also served as personal chef to the British Consulate General. Chef Danielson has also lent his culinary expertise to a variety of major events, including the Olympics, PGA Championships, the US Open Tennis Tournament and the GRAMMY Awards.

The $2 million Kentucky Derby takes place on the first Saturday in May at historic Churchill Downs in Louisville, Kentucky.  Inaugurated in 1875, the legendary 1 ¼-mile race for three-year-olds is the oldest continuously held major sporting event in North America and the first leg of horse racing's Triple Crown series. Known as the "The Run for the Roses," "The Most Exciting Two Minutes in Sports" and "America's Race," the Kentucky Derby is the most attended horserace in the nation, with more than 158,000 attendees in 2017. 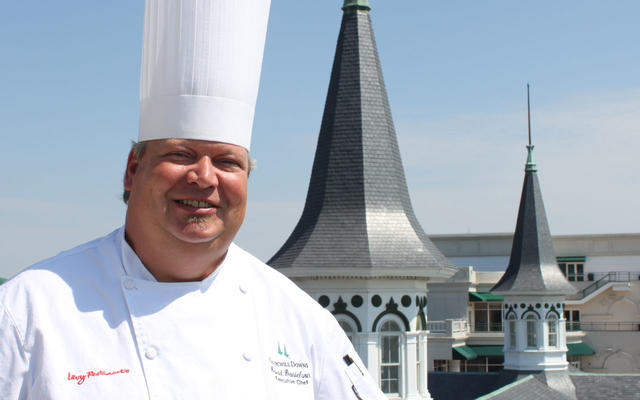